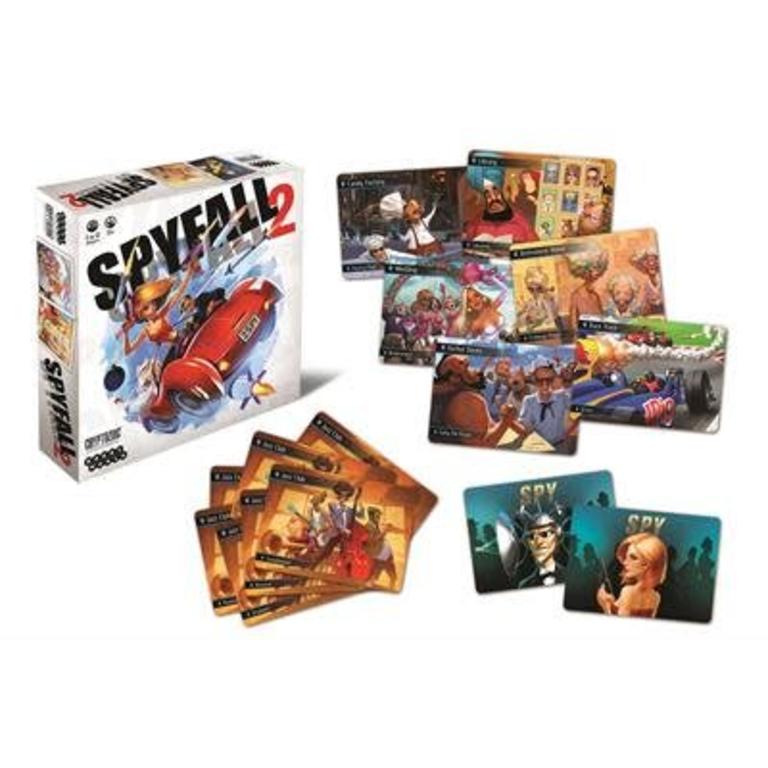 C$32.95
Cryptozoic
Out of stock
Article code 814552021280
Share this product:
The hit social party game of 2015 & 2016 is back with more of everything you loved about the first game! More players, more spies, more locations, and more terribly vague answers to half-baked questions!

SPYFALL is an easy-to-learn card game of bluffing, probing questions, clever answers, and suspicion. At the start of each round, players receive a secret card letting them know where they are a vineyard, jail, coal mine, gas station (20 unique locations!) Except that one player receives the SPY card instead of the location. The Spy doesnt know where he is, but wins the round if he can figure it out before he blows his cover!

Players then start asking each other questions during the intense 8-minute rounds. Non-Spy players want to ask questions and give answers that prove to the other players that they know where they are. But watch out! If your questions and answers are too specific, the Spy will easily guess the location and win, so you need to practice a bit of subtlety. But if your questions and answers are too generic, you might be accused of being the Spy. The Spy will also sometimes be asked questions (just like any other player would) and have to come up with questions of his own, without knowing anything about where he is! If you listened carefully to the other players, youll be able to come up with a plausible question or answer hopefully.

New to this expansion:

Now games might feature TWO SPIES! When one tries to guess the location, the other one takes a guess as well.

Now up to 12 players can play at once! Bigger games means more finger-pointing and shenanigans.

20 new locations adds tons of crazy new fun!
By using our website, you agree to the use of cookies. These cookies help us understand how customers arrive at and use our site and help us make improvements. Hide this message More on cookies »