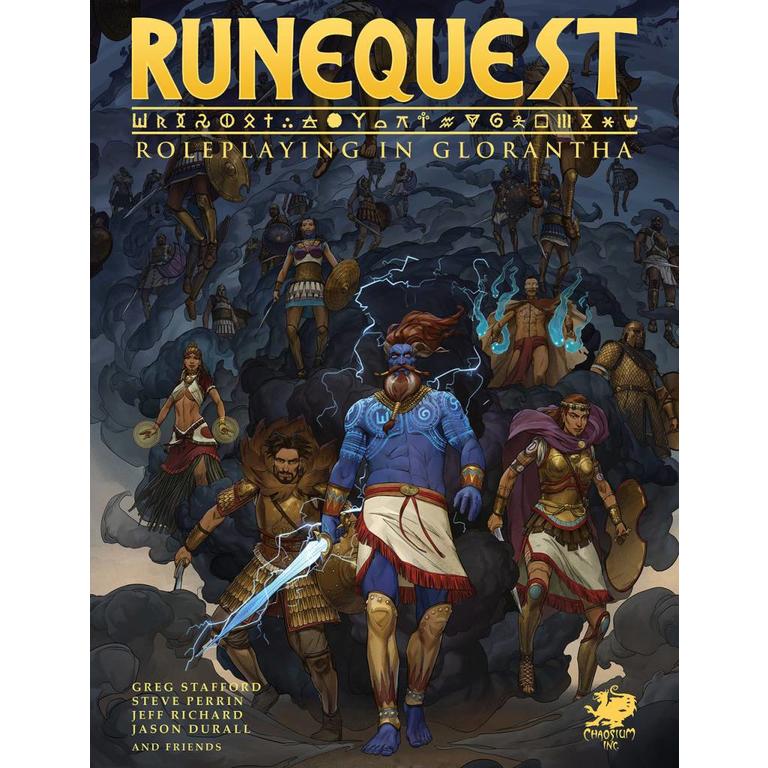 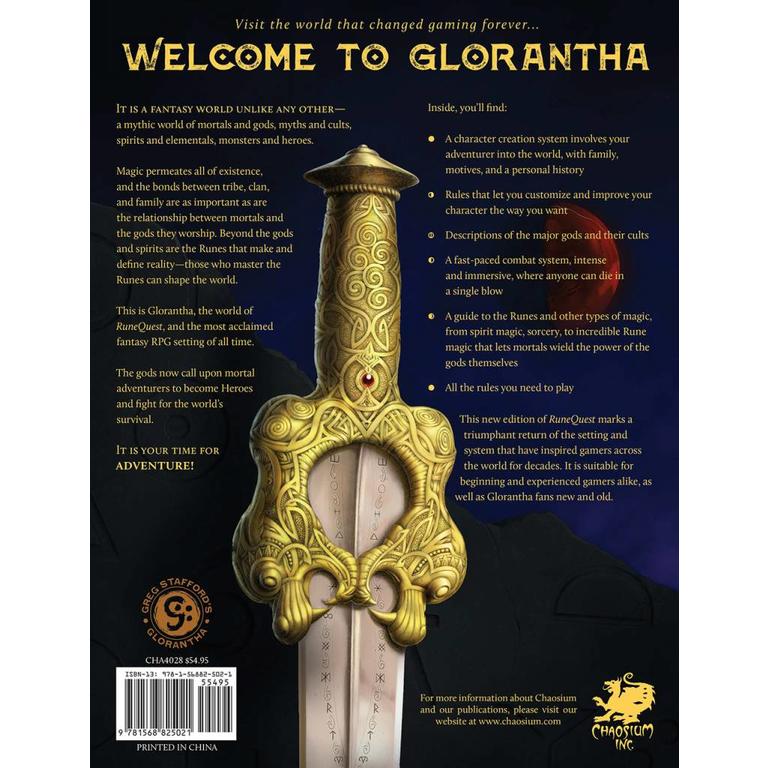 C$58.95
Chaosium Inc.
Out of stock
Article code 9781568825021
RuneQuest: Roleplaying in Glorantha is an all-new edition of one of the world’s most influential and acclaimed fantasy roleplaying games.
Share this product:

RuneQuest: Roleplaying in Glorantha is an all-new edition of one of the world’s most influential and acclaimed fantasy roleplaying games. First appearing almost 40 years ago, RuneQuest is as dynamic and vital as ever. This all-new, deluxe edition introduces RuneQuest and its setting of Glorantha to new players everywhere.

It is a fantasy world unlike any other- a mythical world of mortals and gods, myths and cults, spirits and elementals, monsters and heroes.

Magic permeates all of existence, and the bonds between tribe, clan, and family are as important as are the relationship between mortals and the gods they worship. Beyong the gods and spirits are the Runes that make and define reality - those who master the Runes can shape the world.

This is Glorantha, the world of RuneQuest, and the most acclaimed fantasy RPG setting of all time.

The gods now call upon mortal adventurers to become Heroes and fight for the world's survival.

It is your time for adventure!

Players will want this book to create their unique characters, diving into sorcery, picking their cult, or taking up shamanism to converse with mysterious spirits.

Gamemasters need this book, as it contains the core rules for the game, including task resolution, combat, and damage, as well as guidelines for special situations in combat, such as formations and chariots.