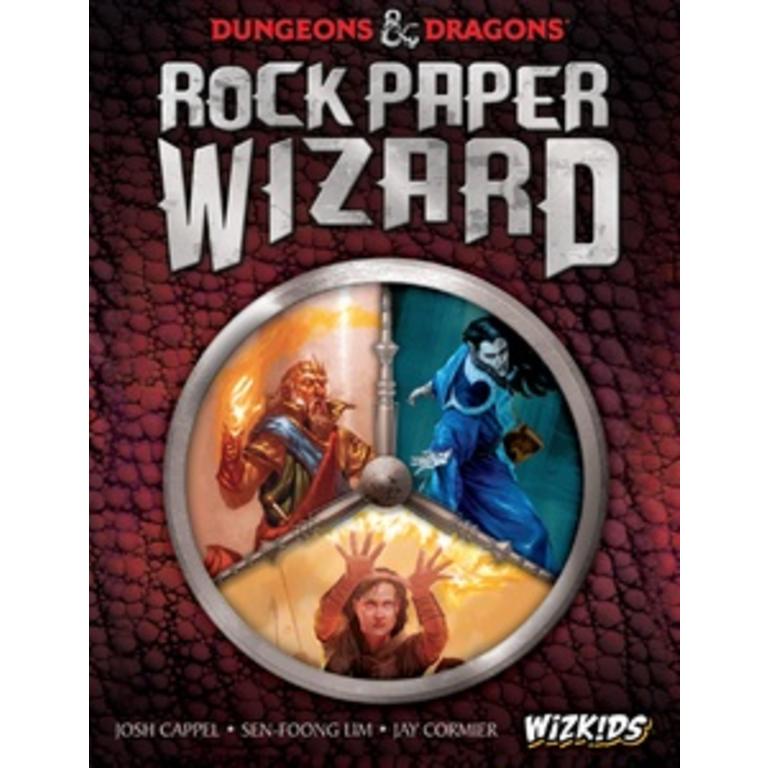 C$26.95
Wizkids/NECA LLC
In stock
Article code 634482727898
Share this product:
In Dungeons & Dragons: Rock Paper Wizard, the dragon has been slain, leaving behind a treasure over which to fight, and the players are wizards who are fighting to claim the most gold from the dragon's pile.

The players have a shared "spellbook" of cards depicting various well-known D&D spells, and each card shows a unique hand gesture that the player must make to cast, while pointing at another player as the target of the spell. All players choose their spells simultaneously, and the spells can move the wizards closer or farther away from the treasure or affect the game state in other ways as well. It's a game of second-guessing, satisfying successes, and agonizing reversals as each spell cast potentially affects the outcomes of the following ones!

The first player to grab 25 gold pieces from the hoard wins.

1 Dragon's Cave Board
23 Jumbo Spell Cards
6 Player Placards
6 Wizard Tokens with plastic bases
1 First player marker
64 gold piece tokens of different values
1 detailed rulebook
By using our website, you agree to the use of cookies. These cookies help us understand how customers arrive at and use our site and help us make improvements. Hide this message More on cookies »