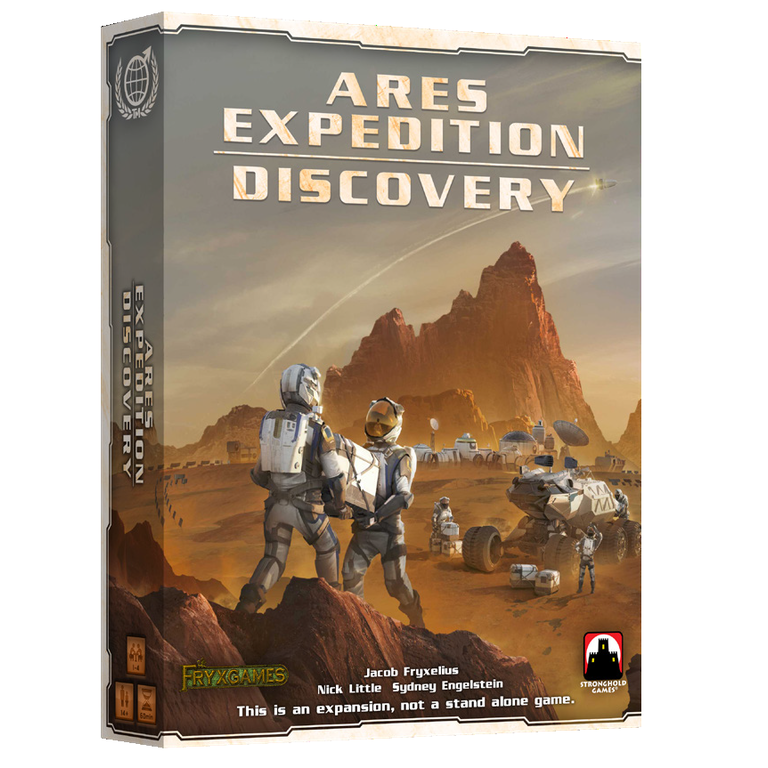 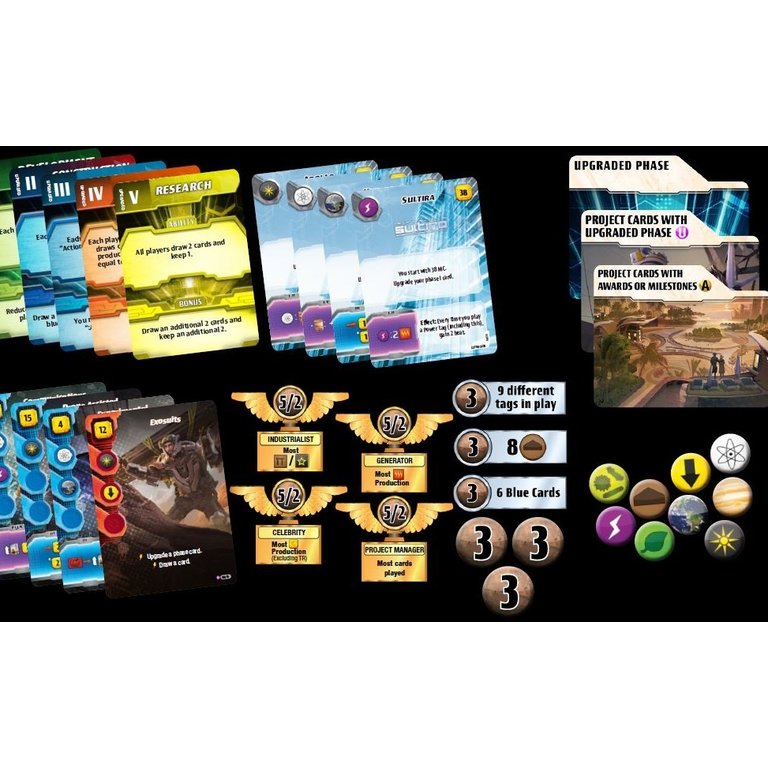 Milestones are VP that are awarded during the game. They are granted to the player to first achieve the milestone. Milestones are worth 3 VP at the end of the game.

Some new project and corporation cards allow players to upgrade their phase cards. Each phase card has two different version that players choose from when they upgrade them. The upgrade gives the player a better bonus when they choose that phase.

Some new project cards have a wild tag. Whenever a player reveals this card either from the deck (due to an effect) or from their hand because they are going to play it, that player chooses what tag they want it to be. Tokens are used to keep track of what tag was chosen for the rest of the game.

C$49.97
In stock
Article code 810017900206
Terraforming Mars: Ares Expedition is a standalone, card game version of the best selling game Terraforming Mars. It features all the same complexity of strategy and decision making in half the playtime.

Quickview
Stronghold Games
**PRE-ORDER** Terraforming Mars Card Game Ares Expedition: Foundations Expansion
Approximate Release Date: June 7, 2023
C$28.95
By using our website, you agree to the use of cookies. These cookies help us understand how customers arrive at and use our site and help us make improvements. Hide this message More on cookies »