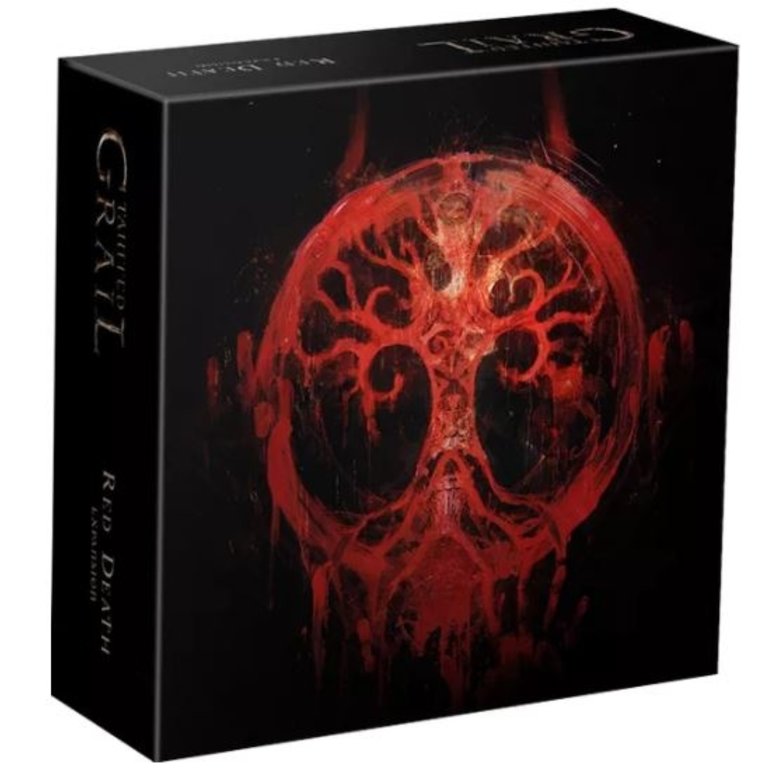 With the Red Death add-on campaign, you now have another option. You may play it after finishing any of the other three large campaigns, and take your favorite heroes on a last, one-way mission to mysterious Homelands. Their ship will slip into the mists separating Avalon from our reality, and spend many weeks traversing the border between the worlds. Finally, it will emerge back in Homelands, many years after the plague, where answers to some ultimate questions lie buried under the rubble of desolated cities.

What happened here after most humans departed for Avalon?

Red Death is an expert-level expansion campaign for Tainted Grail. It contains 32 dangerous Location cards that allow you to visit a part of a kingdom ravaged by plague, where unspeakable horrors still lurk among the ruins. These horrors won’t be your only problem! The ancient undersea empire of Fomoria already surveys the lands abandoned by humans, while brutish Picts of the north, who somehow built resistance to the disease, raid the ruins looking for treasure, magic – and something more sinister. Then, there are solitary survivors who outlasted the plague. They’re often mad and dangerous, but their knowledge may help heroes survive.

Pick your allies and enemies, solve difficult riddles, navigate ruins of the old world and face some of the hardest Encounters created for Tainted Grail. And if you survive, learn things that will put the main storyline of three campaigns in a new light.

This add-on campaign will contain approximately 15-30 hours of gameplay grouped into an 8-chatper story. Just like our base campaigns it offers multiple endings and branching paths, so you can try to solve it in a different way multiple times!

Naturally, a large amount of additional gameplay meant we had to extend the Character progression. That’s why the box also includes new and exciting Advanced Abilities that can help you upgrade your Attributes even further!

Not to mention that many artifacts or items found in Homelands are much more powerful than anything found on Avalon.