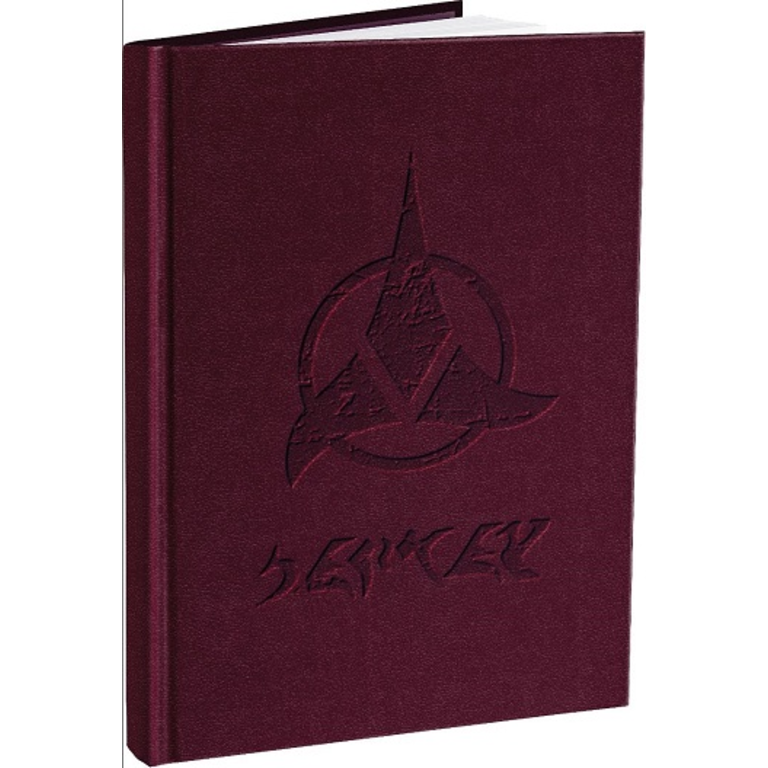 GLORY TO YOU AND YOUR HOUSE!  THE KLINGON EMPIRE Collector’s Edition rulebook for the Star Trek Adventures Roleplaying Game takes you to the final frontier of the Galaxy, where new worlds and new civilizations await bold Klingon warriors hungry for glory and honor. Your duties may take you to the edges of known space, to Klingon colonies in need, to the borders of neighboring galactic powers, or into the eye of interstellar phenomena. Your warship and crew represent the best-trained and honorable of Klingon warriors, and your cunning and abilities are needed now more than ever.  A new threat looms from across the Gamma Quadrant, representing a worthy opponent for the worlds of the Alpha and Beta Quadrants. Tensions are high and it remains to be seen how the Klingon Empire will get involved. It is a volatile time for the Empire as her brave warriors and bold crews ready for battle against whatever foes present themselves.
This Star Trek Adventures core rulebook contains:

Brought to you by an expert Star Trek development team, including award-winning Star Trek novelists, editors, and game designers.

Back to home
Modiphius

Quickview
Modiphius
**PRE-ORDER** Star Trek Adventures RPG Klingon Empire Core Book
SCHEDULED FOR RELEASE OCT 2020
C$64.95
By using our website, you agree to the use of cookies. These cookies help us understand how customers arrive at and use our site and help us make improvements. Hide this message More on cookies »