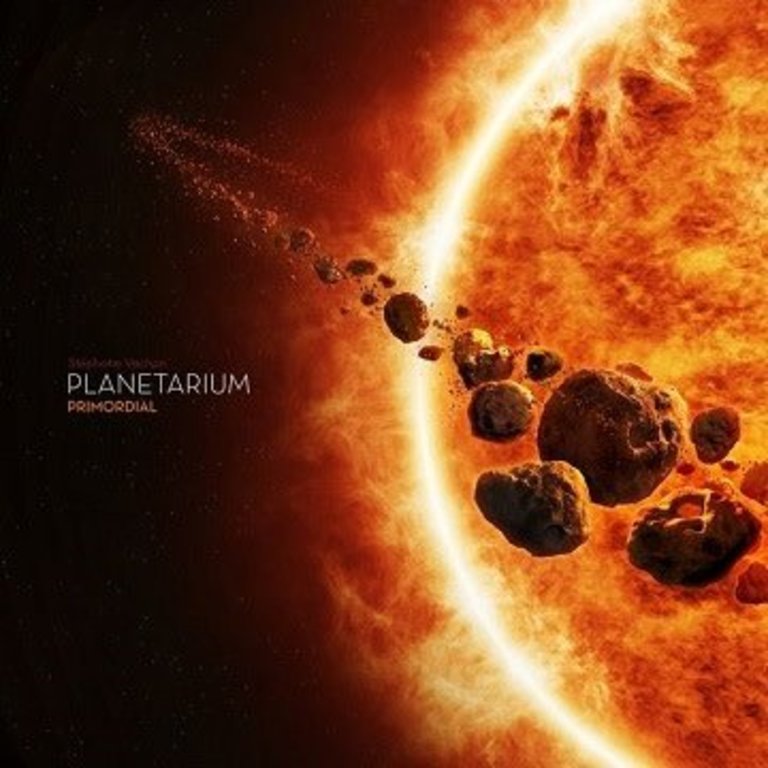 C$26.47
Game Salute
Out of stock
Article code 013964757910
Primordial, is the first expansion for Planetarium and adds exciting new astronomical phenomena to your games of Planetarium!
Share this product:

Primordial, is the first expansion for Planetarium and adds exciting new astronomical phenomena to your games of Planetarium! Choose to add up to two new modules to the game: Epochs and Frost Line.

Epochs extend the play time of Planetarium by starting with a solar system in its infancy and includes the Late Heavy Bombardment for a more epic experience. Epochs begins with only small clumps of matter swirling around your new star. You'll shape how these planets evolve from matter and in which orbits they are born. Your system may begin with a different configuration of planet than Planetarium's standard two rocky and two gaseous planets! During the Late Heavy Bombardment, comets and asteroids carry matter and water to the early planets.

In astronomy or planetary science, the Frost Line, also known as the snow or ice line, is the particular distance in the solar nebula from the central protostar where it is cold enough for volatile compounds such as water, ammonia, methane, carbon dioxide and carbon monoxide to condense into solid ice grains.

This module replaces the three decks of Evolution cards in the base game. Many cards in the new decks have a Frost Line icon in their requirements and a Heat or old icon under their score. These cards must be played inside or outside the front line markers placed between orbits III and IV, and when they are, Heat or Cold tokens are placed on the card. The Frost Line module adds a competitive back and forth as players move planets around the solar system, heating them and cooling them to gain points or remove their opponents' points.

Back to home
Game Salute

C$29.77
Out of stock
Article code 013964757293
In Planetarium a new and unique solar system will be forged from the swirling mass of matter that orbits its star.

out of stock
Quickview
Game Salute
Planetarium
In Planetarium a new and unique solar system will be forged from the swirling mass of matter that orbits its star.
C$29.77
By using our website, you agree to the use of cookies. These cookies help us understand how customers arrive at and use our site and help us make improvements. Hide this message More on cookies »