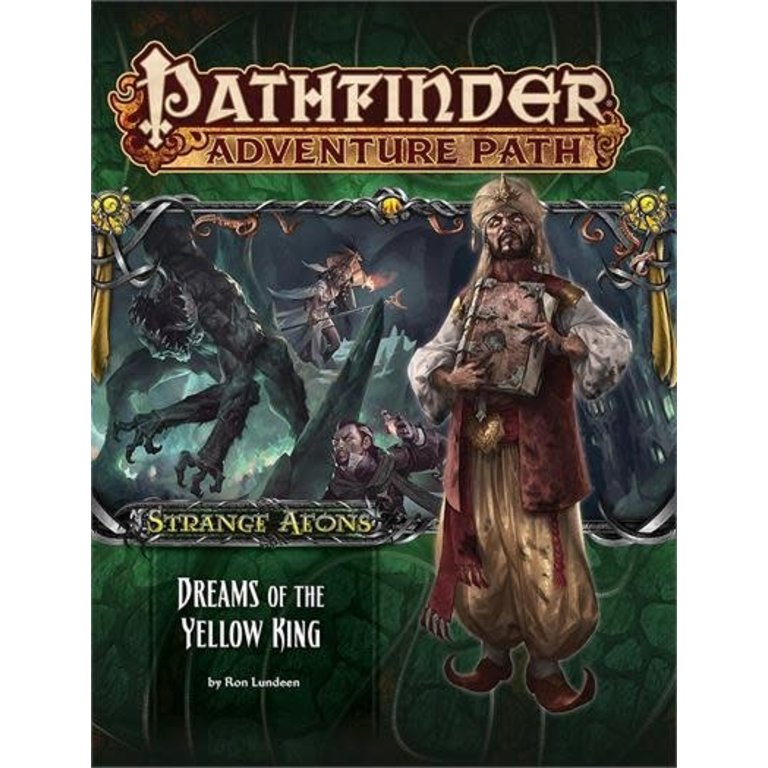 The cult of Hastur no longer threatens Thrushmoor, and now the adventurers board a riverboat to Cassomir to track down their obsessed and corrupted former employer. Along the way, they explore the Dreamlands and attempt a number of bizarre dream quests, after which the adventurers can heal their fragmented minds—but they also learn of a greater threat looming over Golarion. Can they survive the perilous Dreamlands and emerge intact or will they be stranded in a dimension of nightmares?

Back to home
Paizo Publishing

-50%
Quickview
Paizo Publishing
Pathfinder RPG Adventure Path Strange Aeons (6 of 6) Black Stars Beckon
Death Is Not The End
C$30.95 C$15.47
By using our website, you agree to the use of cookies. These cookies help us understand how customers arrive at and use our site and help us make improvements. Hide this message More on cookies »