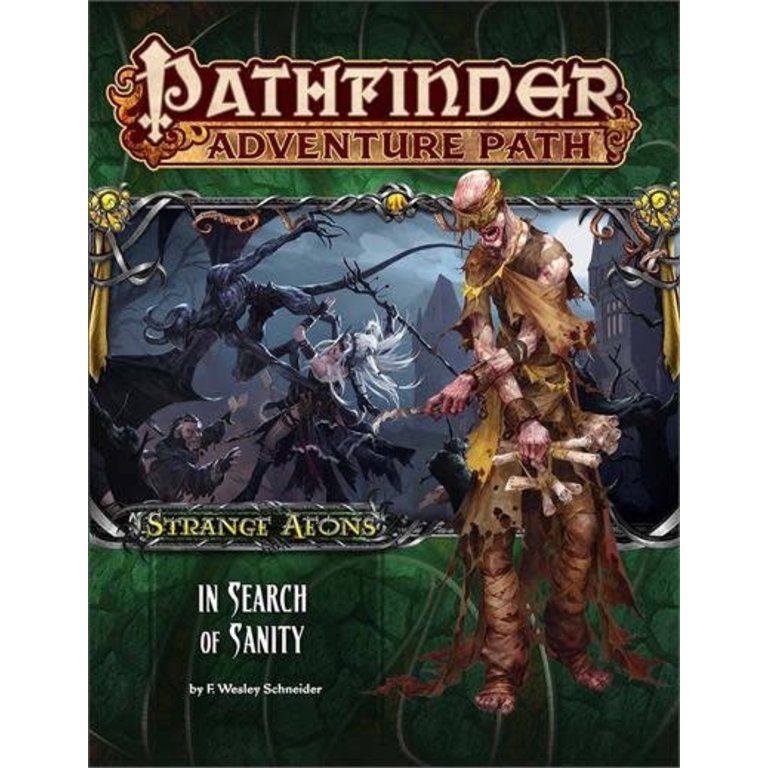 The Strange Aeons Adventure Path begins with "In Search of Sanity," a mind-shattering foray into horror where the heroes awaken within the walls of the eerie Briarstone Asylum, their minds wracked and memories missing. Working together to recover their missing time, they soon learn that their amnesia is but a symptom of a much greater cosmic menace. As they struggle to retain their sanity, the heroes must ally with other asylum residents and fight against the monstrosities that have taken over the building and plunged it into nightmare. Can the adventurers defeat the terror that stalks the halls and free themselves from their prison of madness?

Back to home
Paizo Publishing

-50%
Quickview
Paizo Publishing
Pathfinder RPG Adventure Path Strange Aeons (6 of 6) Black Stars Beckon
Death Is Not The End
C$30.95 C$15.47
By using our website, you agree to the use of cookies. These cookies help us understand how customers arrive at and use our site and help us make improvements. Hide this message More on cookies »