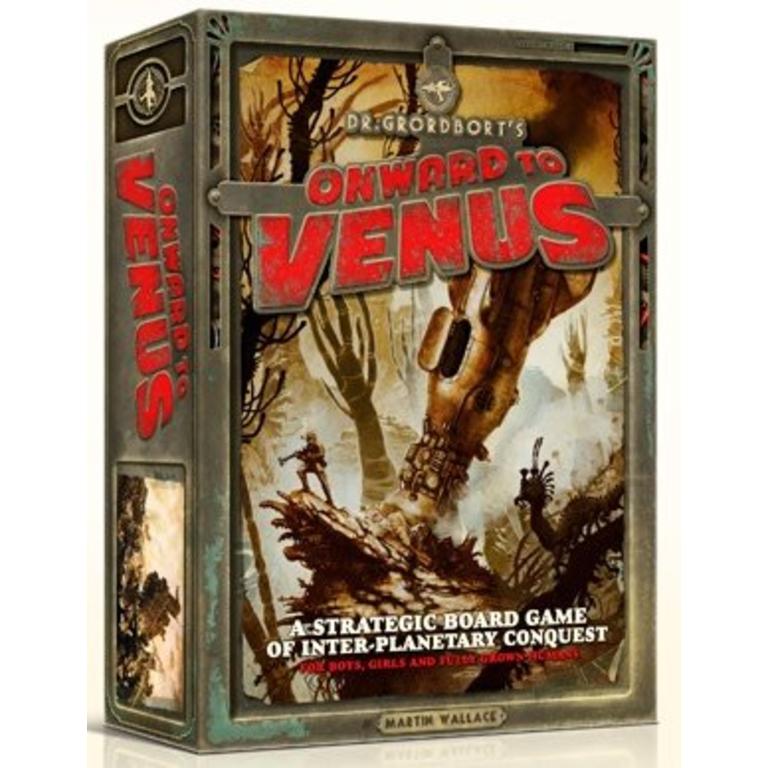 C$54.95 C$41.21
Treefrog
In stock
Article code DNR-736211951779
Share this product:
Onward to Venus is set in the retro sci-fi world where planets and moons are waiting to be settled and exploited, however the local inhabitants might kick up a fuss. Luckily for the Earthling civilizers there is a range of highly useful ray-guns, to convince the natives to behave themselves.

Players takes on the role of one of the major Earth-based empires with the intent to gain influence over the planets/moons by building factories and digging mines over three periods. At the start of each period a number of tiles are drawn randomly and placed on the various planets and moons. Players perform actions in turn and continue to do so until all of the cubes from the Pass card have been claimed. At the game end, players will have scored points depending on how much influence they have on each planet/moon.

Artwork created by WETA Workshops (Hobbit, Avatar).
Mechanic is based on Area Control and is being touted as a very tactical game.