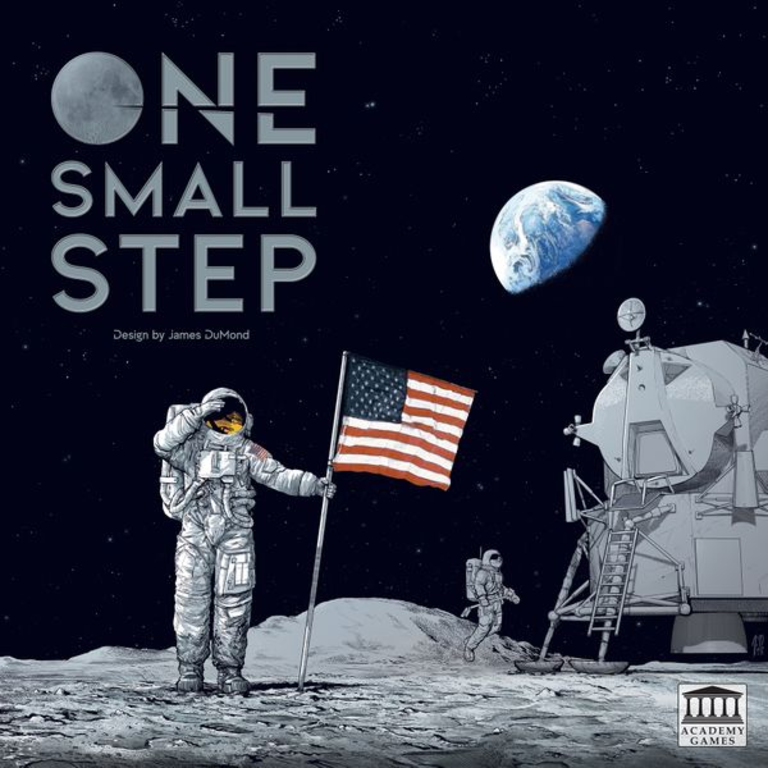 This item is available in-store only and can not be ordered online for shipping or in store pick up. There are no holds or layaways for in-store only items.

Lead the United States or Soviet Union Space Agency in this engine building, worker placement, race for the moon Eurogame.

Play on a team of one or two players where each player on a team controls either the Engineer Workers or the Administrator Workers for their team.

Coordinate your actions with your teammate on each of your turns to either place an Engineer or Administrator Worker on board actions to gather the games 9 different resources, draft development cards, increase your media coverage, recruit astronauts, upgrade resources, develop your space flight capability, or spend resources to launch humanity’s first unmanned and manned Missions into space.

Gain the advantage in the media to place your worker first in a round or to gain a media bonus for special one time abilities and bonus resources.

Score Victory Points by building cards you drafted or by successfully launching Missions into space. Every successful launch you have upgrades one of the board actions not only for your team but also your opponents. Successfully launch enough Manned Missions to achieve the first manned moon landing before your rivals, gaining you bonus Victory Points and ending the game. The team who has the most Victory Points at the end contributed the most to one of humanities greatest achievements and wins the game.

One small step provides a fun learning experience about the space race that makes it perfect for a US history curriculum in the classroom and home school.