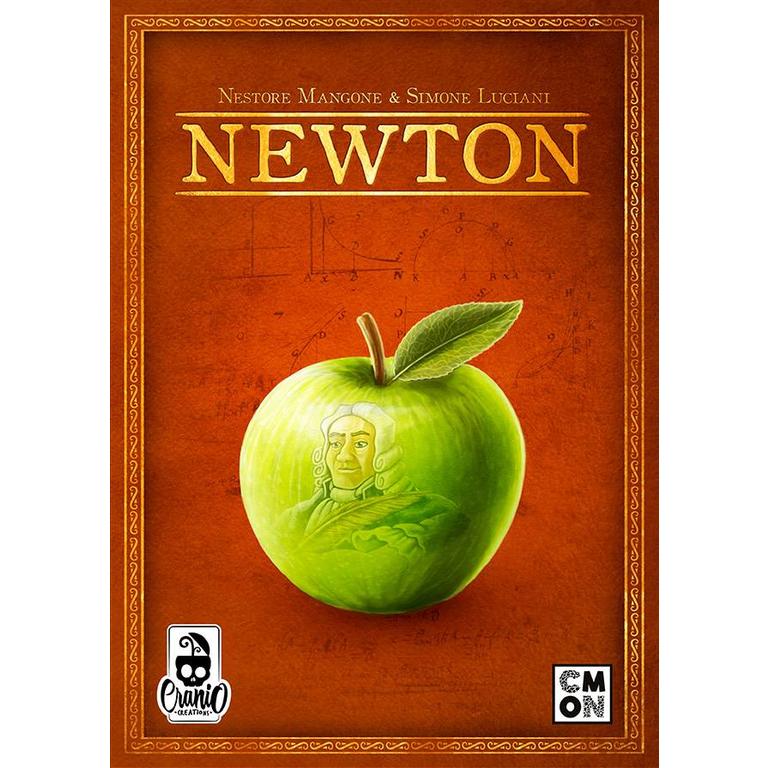 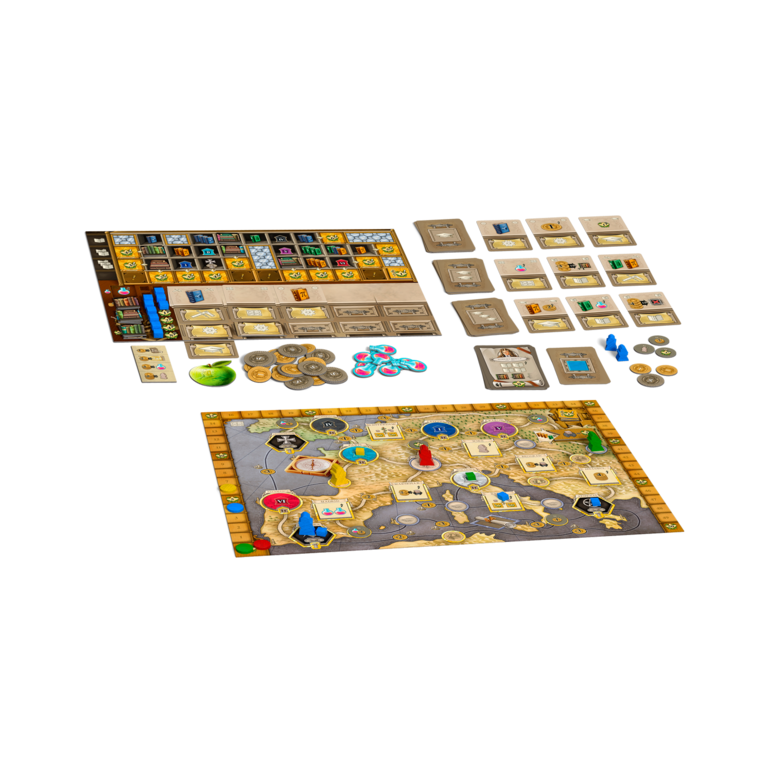 C$69.96
CMON
In stock
Article code 889696009043
The 18th Century is a time of unparalleled advancement in science and technology. The world is being settled. Great thinkers and philosophers are penning their seminal works. New inventions are being created daily. Many eager young students long to be the
Share this product:

Europe in the 1700s was a place filled with learning and intellectual awakening. New scientific discoveries were being made daily. People’s understanding of the world around them was growing by leaps and bounds. Names like Boyle, Brahe, and Copernicus were etching their names in the annals of history. It’s into this world that players are thrust in Newton. Their goal is to have their names carved right there with the other great masters of science. But there’s more than one route to scientific immortality.

In Newton, players play cards from their hands to take various Actions on the different boards. There’s the Map board that represents Europe in the 18th century, the Tracks board that shows different scientific achievements and inventions to be made, and each player has a Personal board that represents their own private library where they can gather great works and study them in earnest. The more times an Action symbol is present on their board, the more powerfully they are able to take that action.

The game begins by setting up the various boards. Each one is filled with different tokens which give the player a bonus when acquired. When all the different tokens have been distributed, there is then a draft of the great Masters of the age. They are represented on cards, and players are dealt four. They choose one and pass the rest. This continues until four rounds have gone by. Setup is completed when a first player is randomly determined. They will be the first one to act in the round by taking one of their six starting Basic Action cards and playing it onto their Desk on their Personal Board.

Each card represents a different Action that they can take in the game. The Actions are: Work, Technology, Travel, Study, and Lessons. They also have a Joker card in their starting hand, which can be used to increase the value of one other Action they take. Each Action a player takes will correspond to moving around or adding tokens to one of the different boards. For example, playing a Travel card will let the player place Travel cubes on the Map board, representing them going to the great cities, universities, and ancient locations in Europe. Meanwhile, the Technology card lets them move their Students around on the Tracks board, directing them in their studies. Or there’s the Lessons card which lets them acquire a new Action card from those available, increasing their abilities in subsequent rounds.

When players reach certain spaces on the Boards, they can utilize the powerful Master cards. These have many different abilities on them, like Tycho Brahe giving the player two permanent Blue Tomes, which is useful when Studying. Or Galileo, who lets a player do a free Travel action and move around the board. With the help of the Masters, players will have a distinct advantage in the rounds to come.

The round lasts five turns. After which, one Action card is permanently placed under a player’s desk. It will add to further Actions of that same type, but will no longer be played from a player’s hand. So it’s very important to collect new Action cards of the type placed under their Desk, or a player may be locked out of doing certain Actions in the future.

Games of Newton last six rounds. At the end of the final round, players tally up their score. Players can get bonus points from a myriad of places they have reached on the different boards, as well as tokens they’ve collected, and Masters they’ve played. The player with the highest total is the winner! When playing solo, there’s a chart to show how well a player performed over the course of the game, with scores ranging from Illiterate to Science Legend.

There are many potential paths to victory in Newton. With the different boards and Actions players can choose to focus on, there’s no one single way to win. Every game, different strategies can be tried out, and with the distribution of tokens and Masters, it’s guaranteed to be a unique experience each time players sit down at the table. In the end, a new name will be added to the greats. Will it be yours?