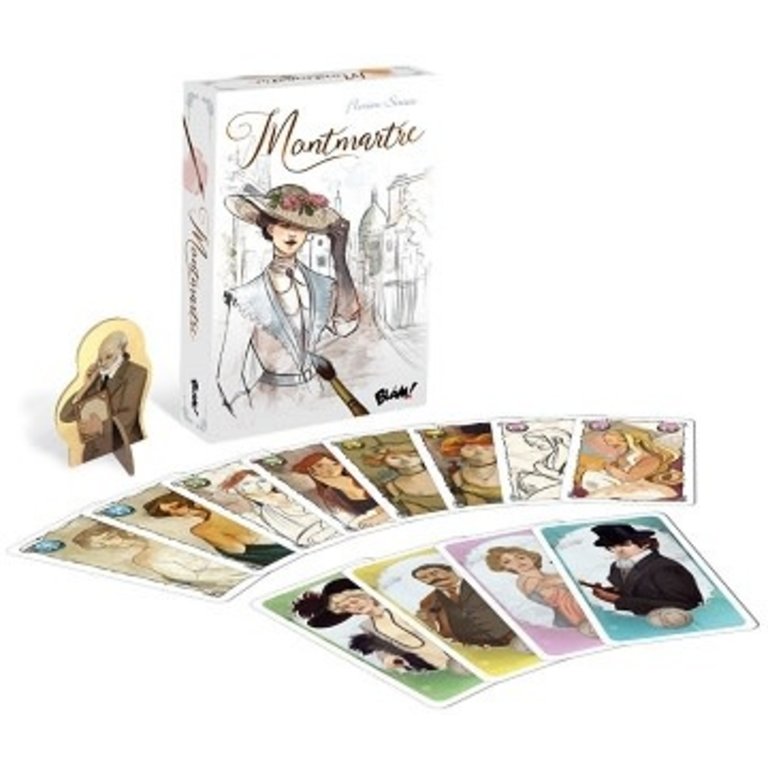 Montmartre takes you on an immersive trip back to the artistic movements of the beginning of the 20th century, highlighting the sweet nostalgia of the narrow alleyways of Paris. In this game of numbers, you will take on the role of a painter and you'll let your muse inspire you to become a famous artist! With this card game where tactics are key, you will experience a wide range of emotions and colors!

At the beginning of the 20th century, and while the construction of the controversial Scare-Coeur Basilica is ongoing, a much more modest building will witness the birth of incredible talents: Le Bateau-Lavoir. you will be on of these painters and artists who are seeking fame and you will look for inspiration in Montmartre.

An intricate game filled with the nostalgia of the streets of Paris! Sell your paintings and become the richest painter.

During his turn, the player must choose between one of two actions. Paint - he places in front of him a card of the chosen value or two cards if their combined worth is equal to or lower than 5. Otherwise, he can see one of more cards of the same color on the market for one franc per card. Sell - he can sell a card to a collector if he has the most cards or points for that style of paintings and if Ambroise Vollard, the art dealer, is not next to the collector. If the two conditions are met, the player discards the card with the highest value, gets the Collector Card he was after and moves Ambroise Vollard to where the sale takes place. It is also possible for the player to take one of the available contracts once per game, which will grant him points. The game ends when a player has 15 francs or that two piles of Collector Cards are exhausted. The player with the most points becomes the most famous painter of the moment!