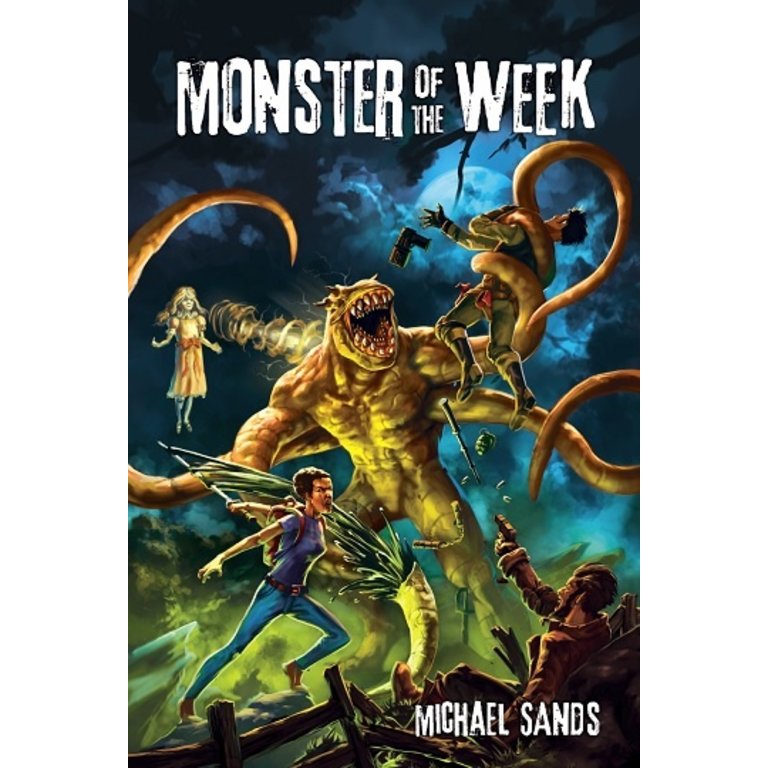 Monster of the Week RPG

Most people don’t believe in monsters, but you know the truth. They’re real, and it’s your task to bring them down. This revised edition of Monster of the Week brings that adventure to life.

Monster of the Week is a standalone action-horror RPG for 3-5 people. Hunt high school beasties a la Buffy the Vampire Slayer, travel the country to bring down unnatural creatures like the Winchester brothers of Supernatural, or head up the government investigation like Mulder and Scully. This book contains everything you need to tackle Bigfoot, collar a chupacabra, and drive away demons.

In this revised edition, you’ll find:

Grab the fireplace poker and open your spell book. That monster’s going down!