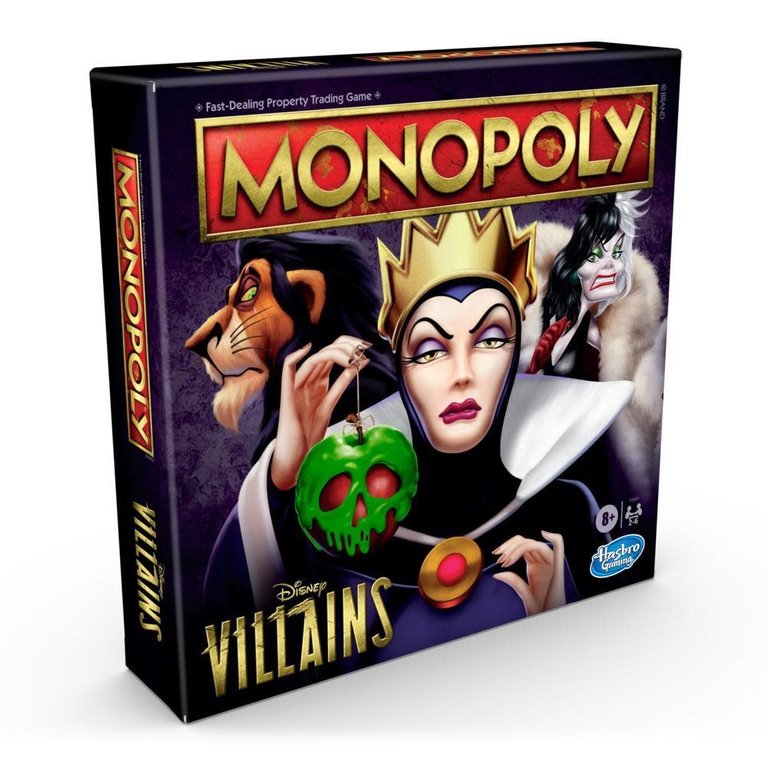 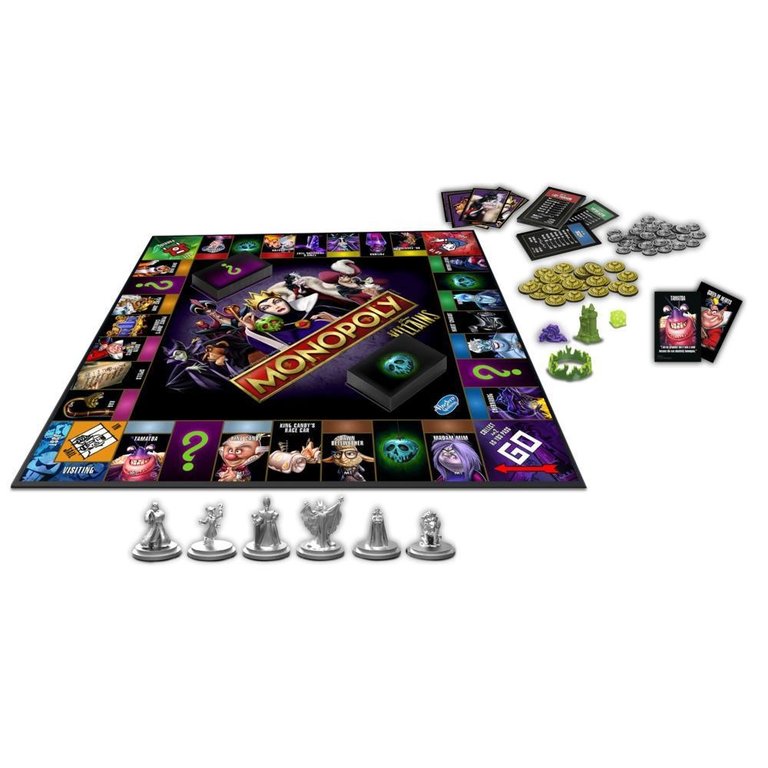 C$49.95
Hasbro
In stock
Article code 630509971176
Imagine classic Disney Villains stealing, scheming, and competing to see who is the most evil of all!
Share this product:

Imagine classic Disney Villains stealing, scheming, and competing to see who is the most evil of all! In this Monopoly Board Game: Disney Villains Edition, players travel around the board using a Villain token and play as Cruella, Jafar, Scar, Evil Queen, Maleficent, or Hook. The more Villains a player hires, the more rent they'll be able to collect. Activate a character's special ability by acquiring the Flames of Power ring, change gameplay with Poison Apple cards, and advance on the board by landing on a Vehicle space. The last player with money when all other players have gone bankrupt wins!

POISON APPLE CARDS: The Monopoly Game: Disney Villains Edition includes Poison Apple cards that give players an advantage such as stealing coins and properties, and placing free Thickets
VILLAIN CONTRACTS: Players hire the most famous Disney Villains they can as they buy and sell Villain Contracts instead of locations
FLAMES OF POWER: When players pass GO they can put the Flames of Power ring on their token and use the special ability shown on their character's Power card

Quickview
Ravensburger
**In-Store Only** Villainous: Marvel
C$39.97
By using our website, you agree to the use of cookies. These cookies help us understand how customers arrive at and use our site and help us make improvements. Hide this message More on cookies »