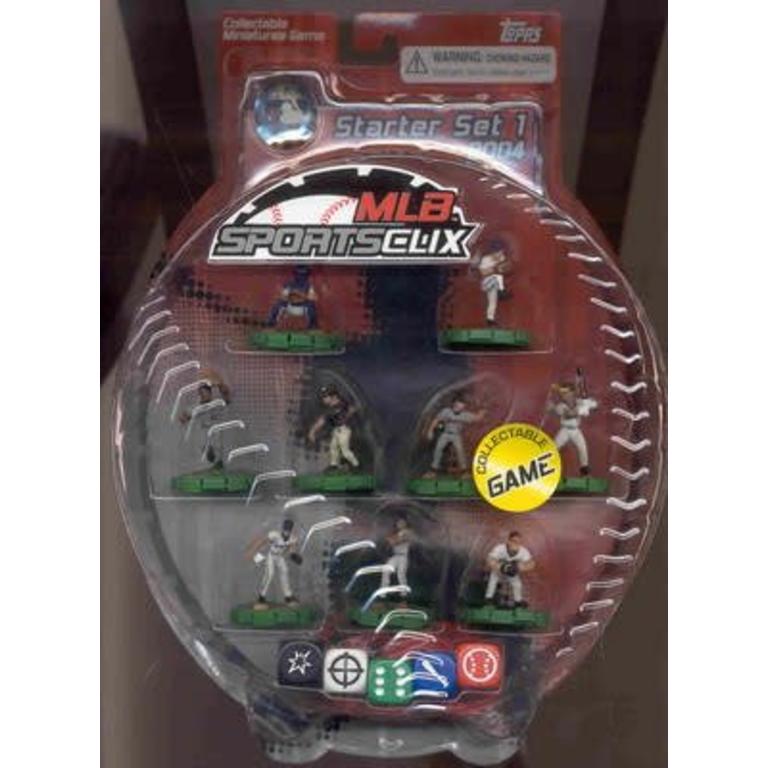 MLB SportsClix simulates real game situations by using specially-designed dice together with actual statistics that are contained in each player-specific figurine. The Alex Rodriguez figure, for example, will be a more powerful player in the SportsClix world just as he is in real life. And Mark Prior will be an intimidating presence on the mound.

“In our game, anyone can decide starting lineups, where to play the fielders and what kinds of pitches to throw. It simulates what it€™s like to make the important decisions that affect the outcome of a real big-league game,” said Jordan Weisman, founder and CEO of WizKids. “Anyone who enjoys baseball will have fun playing MLB SportsClix.”

MLB SportsClix will be available at leading retailers nationwide in March 2004. It will be sold in Starter Sets and Booster Packs. Starter Sets will contain a full team of nine figures, a stadium playmat, dice, rules, and everything else one player needs to field a team.
Make sure you specify which series you would like.