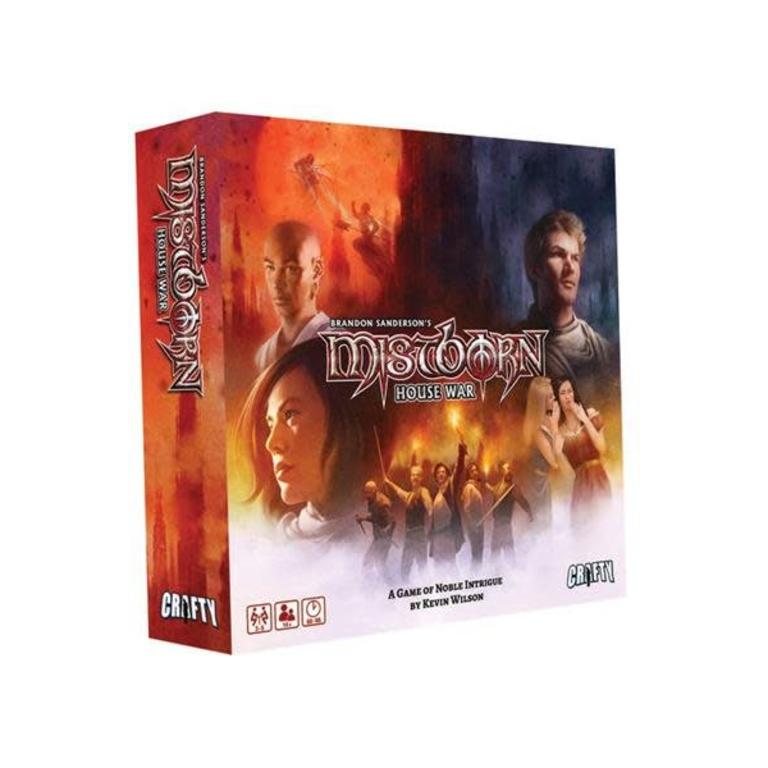 Command Luthadels Great Houses during the cataclysmic events of Mistborn: The Final Empire. Face off against Kelsier, Vin, Sazed, and other heroes of the novels to maintain the delicate balance held in place for the last thousand years.

In this game of tense negotiation and dubious alliances, you and your fellow players become the heads of Great Houses, struggling to manage the Final Empire. Together, you must cooperate to solve myriad problems threatening the world and compete for the Lord Rulers favor. Save the empire and the player with the highest score wins. Be careful, though! Should the empire fall, the player with the lowest score wins instead.

11 House Sheets (10 Great Houses + the Steel Ministry)
56 Problem cards
85 Personality cards
68 Resource tokens
80 Favor tokens
40 Disgrace tokens
10 Ruined tokens
33 x 11 Game board
Full-color rulebook
Two highly-detailed 36mm plastic PVC miniatures, depicting Kelsier (Unrest marker) and a Steel Inqusitor (Active Player marker) Additionally, when you order this product through our webstore, you will be sent a copy of the House Bylerum pack, which contains 1 exclusive House sheet and 2 exclusive Personality cards for this new noble house.
By using our website, you agree to the use of cookies. These cookies help us understand how customers arrive at and use our site and help us make improvements. Hide this message More on cookies »