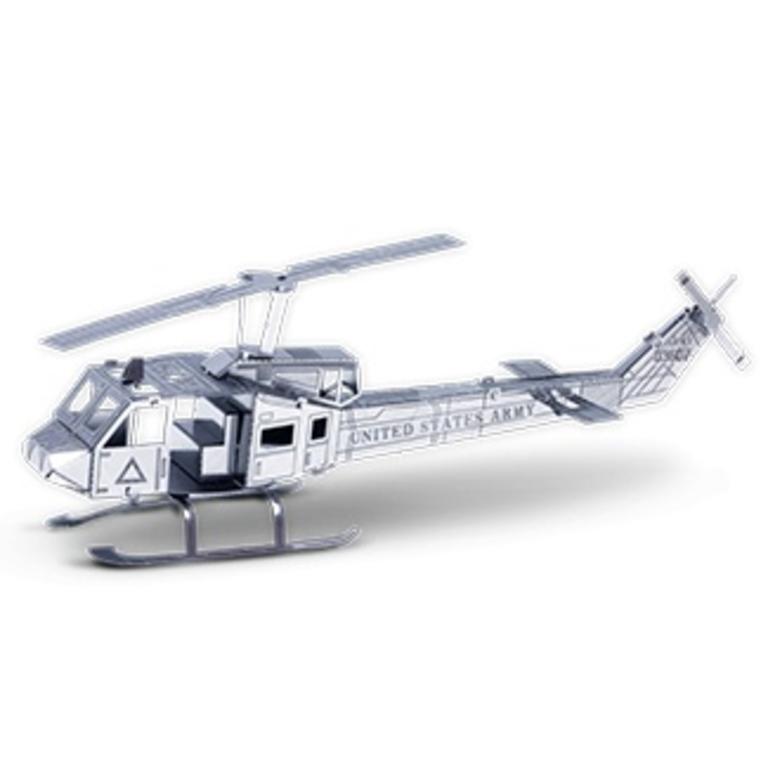 C$9.95
Fascinations
In stock
Article code 032309023534
Share this product:
The most famous helicopter in the world is the Bell UH-1 Iroquois, most commonly referred to as the Huey which first flew in 1956. It earned its fame during the Vietnam War and has been featured in many war movies, including Apocalypse Now and Platoon, as well as in numerous action adventure films.

Assembled Size: 12 x 2 x 4 cm
By using our website, you agree to the use of cookies. These cookies help us understand how customers arrive at and use our site and help us make improvements. Hide this message More on cookies »