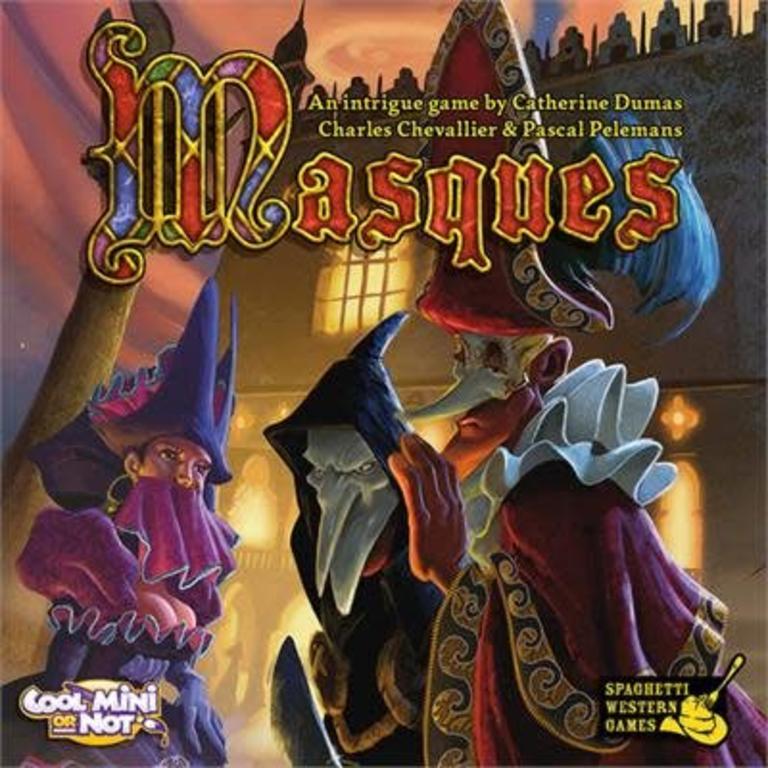 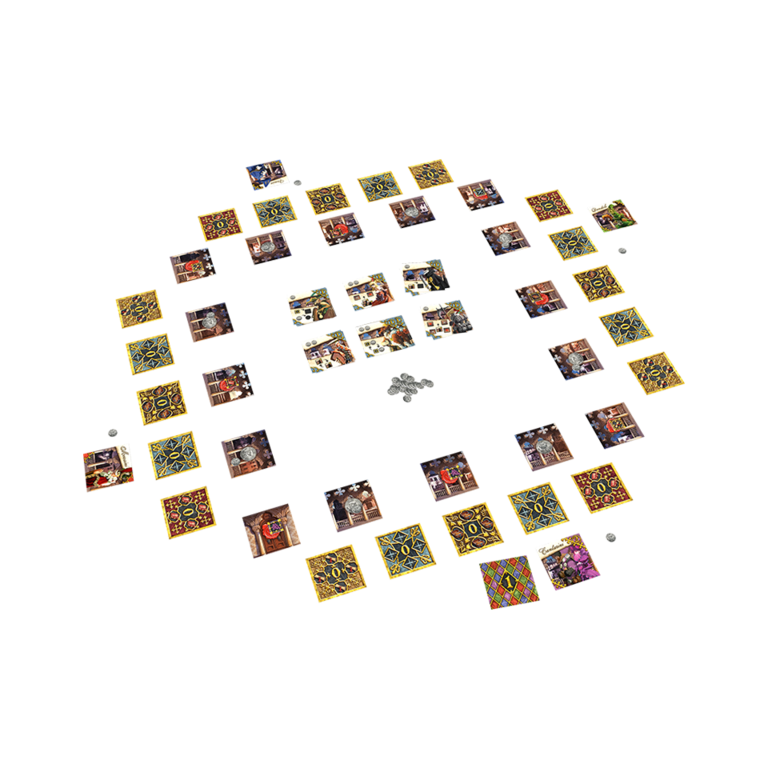 C$18.67
CMON
In stock
Article code DNR-889696002488
It’s the night of the masked ball at the palace of the new Doge, and all the most influential families are there. It will be a beautiful affair with elaborate costumes, an enticing banquet, and of course, a series of dances. What better time to lie and sc
Share this product:

It’s the night of the masked ball at the palace of the new Doge, and all the most influential families are there. It will be a beautiful affair with elaborate costumes, an enticing banquet, and of course, a series of dances. What better time to lie and scheme your way to a higher social status.

Masques is a game of plotting, planning, and politics that plays out in the arcades and passageways of a beautiful palace.

As you’d expect, a masked ball is full of dances. This is a chance to engage different political partners and bend their ear to your will. Each round, players will perform the three steps of the dance in an effort to keep up appearances. Underneath the surface, they will be bribing palace workers, trying to influence different factions, and earning some coins on the side.

The dance starts with a draft where players choose how they will plot for power in the round and which Plot cards they want to keep from other players. During the second movement of the dance, their plans are hatched as they play their Plot cards around the palace and hire workers to do their bidding. In the final stage of the dance, players will earn their rewards, gaining coins and influence over the factions they’ve managed to control.

There are five different factions in the game: clergy, military, merchants, famers, and workers. Victory is earned if you can gain at least one point of influence over every faction, or four points over one of them.

To win at Masques, you’ll have to stay a few moves ahead of the competition and not be above a little trickery. Hiring an Assassin, a Thief, or a Courtesan at the right time may upset the plans of your political rivals and put you in a position to take control of a faction.

The rules of Masques are straightforward to grasp, but there is a lot of room for creative backstabbing and underhanded moves. Make sure you trust the people you sit down to play with, because at the end of the night, only one of you will be able to influence the Doge. The rest will be left to plan their moves at the next ball.

politicalrenaissance
By using our website, you agree to the use of cookies. These cookies help us understand how customers arrive at and use our site and help us make improvements. Hide this message More on cookies »