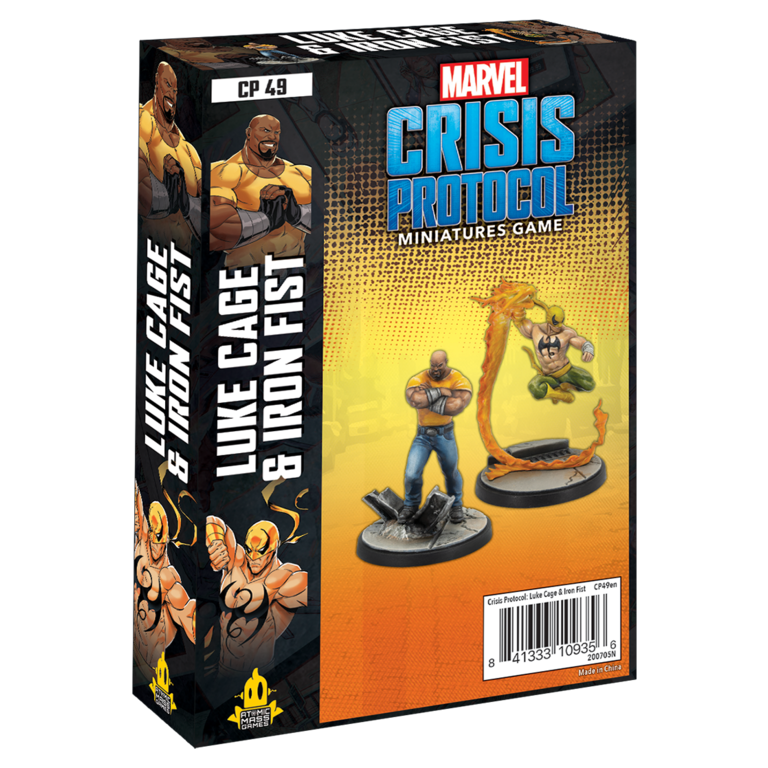 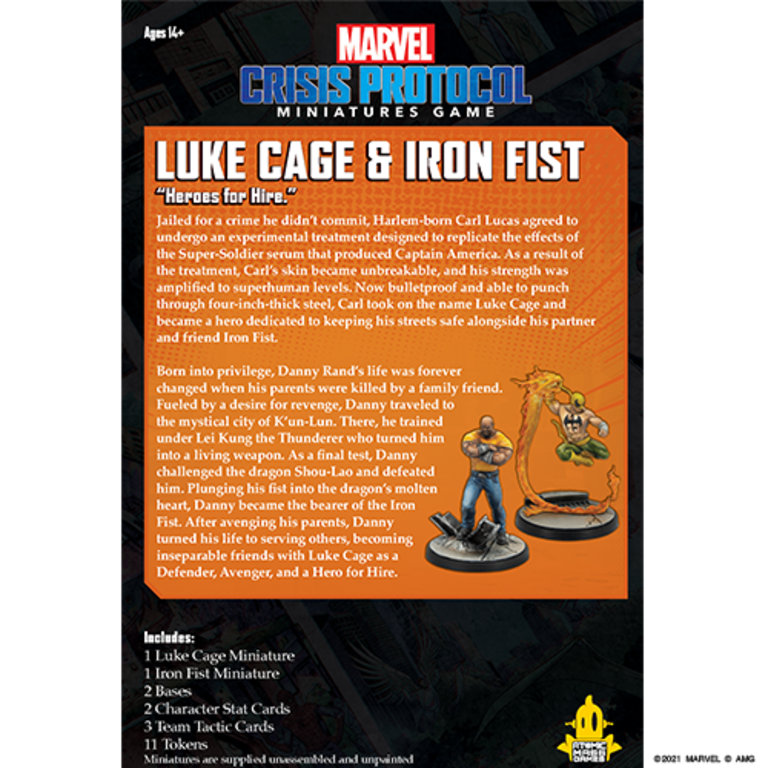 Jailed for a crime he didn’t commit, Harlem-born Carl Lucas agreed to undergo an experimental treatment designed to replicate the effects of the Super-Soldier serum that produced Captain America. As a result of the treatment, Carl’s skin became unbreakable, and his strength was amplified to superhuman levels. Now bulletproof and able to punch through four-inch-thick steel, Carl took on the name Luke Cage and became a hero dedicated to keeping his streets safe alongside his partner and friend Iron Fist.

Born into privilege, Danny Rand’s life was forever changed when his parents were killed by a family friend. Fueled by a desire for revenge, Danny traveled to the mystical city of K’un-Lun. There, he trained under Lei Kung the Thunderer who turned him into a living weapon. As a final test, Danny challenged the dragon Shou-Lao and defeated him. Plunging his fist into the dragon’s molten heart, Danny became the bearer of the Iron Fist. After avenging his parents, Danny turned his life to serving others, becoming inseparable friends with Luke Cage as a Defender, Avenger, and a Hero for Hire.

* Miniatures are supplied unassembled and unpainted

Back to home
Atomic Mass Games

Quickview
Atomic Mass Games
Marvel - Crisis Protocol: Cosmic Terrain Pack
C$89.95
By using our website, you agree to the use of cookies. These cookies help us understand how customers arrive at and use our site and help us make improvements. Hide this message More on cookies »