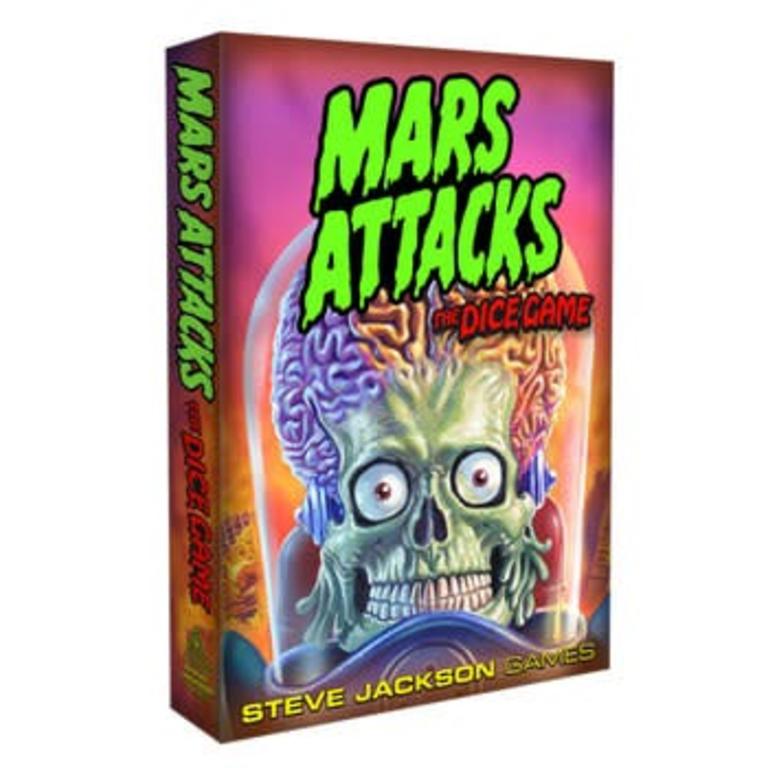 In Mars Attacks The Dice Game, lead your team of Martian invaders to conquer Earth. Destroy cities, get your picture taken in front of famous monuments, and be the Martian with the most Earthling kills! But watch out, because the Earthlings might nuke you . . .

Mars Attacks The Dice Game is a fast-playing, tactical dice game based on the Mars Attacks trading cards by Topps.
10 dice, 24 player tokens, first-player marker, 30 cards, and a rulesheet.
By using our website, you agree to the use of cookies. These cookies help us understand how customers arrive at and use our site and help us make improvements. Hide this message More on cookies »