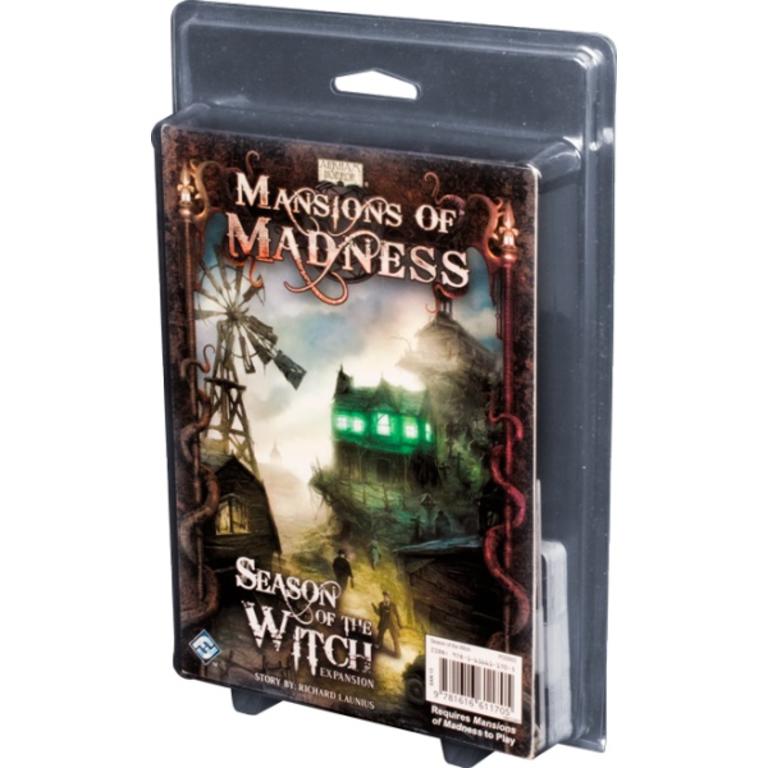 Mansions of Madness: Season of the Witch Expansion

There are no new mechanics added in this expansion; it is purely an additional scenario for the base game that will use the modular board setup from Mansions of Madness. The setup of this scenario will be dictated by the included event cards and reference sheets.

In this macabre game of horror, insanity, and mystery for two to five players, each game takes place within a pre-designed story that provides players with a unique map and several combinations of plot threads. These threads affect the monsters that investigators may encounter, the clues they need to find, and which climactic story ending they will ultimately experience. One player takes on the role of the keeper, controlling the monsters and other malicious powers within the story. The other players take on the role of investigators, searching for answers while struggling to survive with their minds intact.

Only compatible with Mansions of Madness First Edition

Mansions of Madness: 'Til Death Do Us Part Expansion

Quickview
Fantasy Flight Games
Mansions of Madness: 'Til Death Do Us Part Expansion
Compatible with First Edition Only
C$19.95
By using our website, you agree to the use of cookies. These cookies help us understand how customers arrive at and use our site and help us make improvements. Hide this message More on cookies »