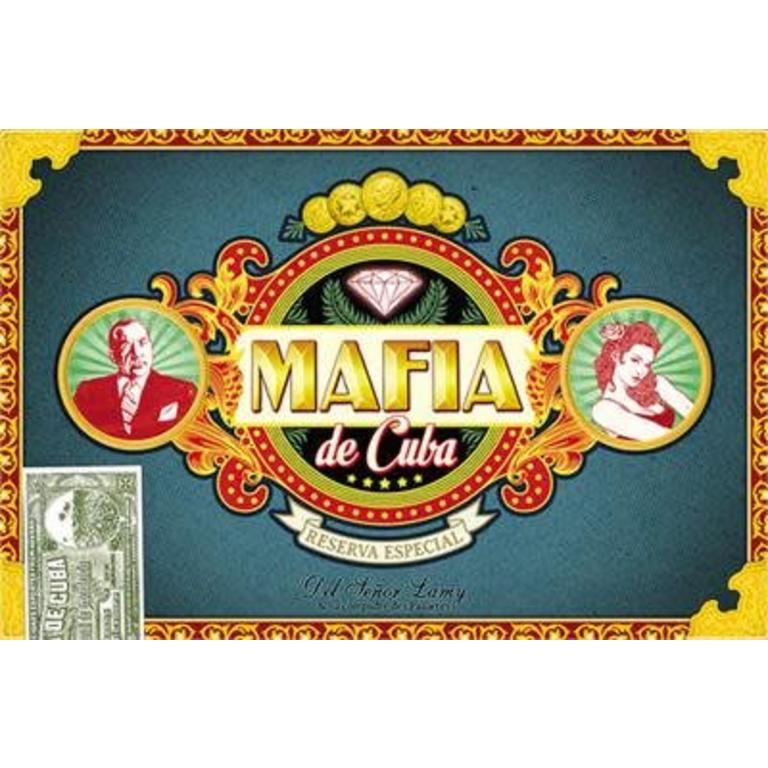 C$35.95
Asmodee
In stock
Article code 3558380028857
Share this product:
PLEASE NOTE: This edition of the game is French language only. An English translation sheet is available, but game contents are all in French. An english version is expected to be released soon.

Havana, December 29, 1955: At the end of the meal offered at his "faithful" henchmen, don Alessandro evokes the "business" in progress. Suddenly, the phone rang in the back room of the restaurant. The Godfather is convened to the office of President Batista. He entrusted his precious cigar box to his henchmen. It must be said that the cigar box has a false bottom, under the first layer of cigars, the box is filled with diamonds!


In Mafia de Cuba, each player will take the cigar box, open it and choose to:

In the evening, the Godfather recovers his cigar box. He blows a fuse when he finds the disappearance of diamonds. He must find his treasure and punish offenders by providing them cement shoes before throwing them in the bay. After heated debates and perilous deductions, The Godfather, with the help of is faithful henchmen will try to find all his stolen diamonds.

Does he lose his honor by accusing wrongly?
Do the most cunning thieves win?
Or is it the CIA that will send these thugs behind bars?
By using our website, you agree to the use of cookies. These cookies help us understand how customers arrive at and use our site and help us make improvements. Hide this message More on cookies »