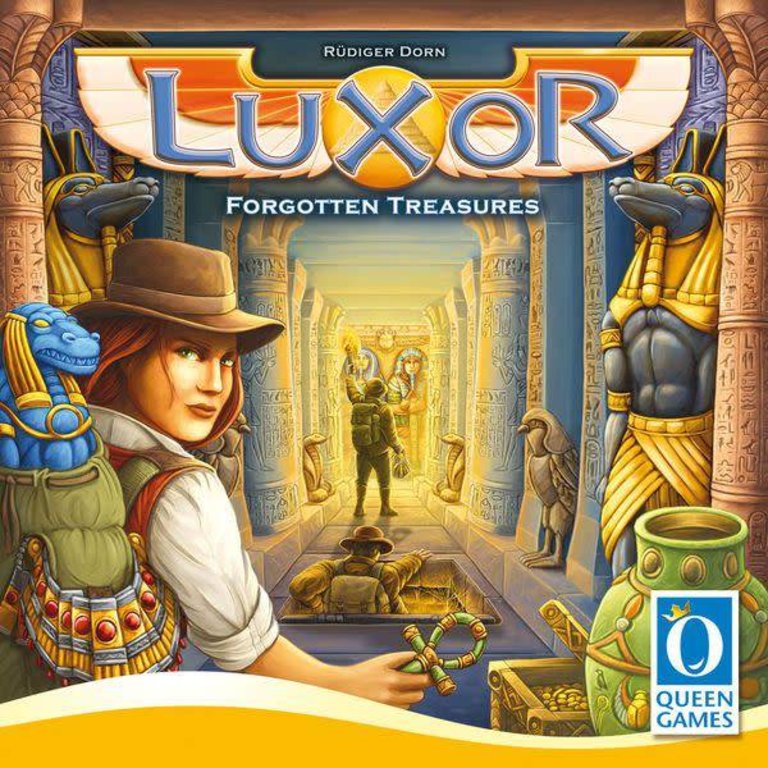 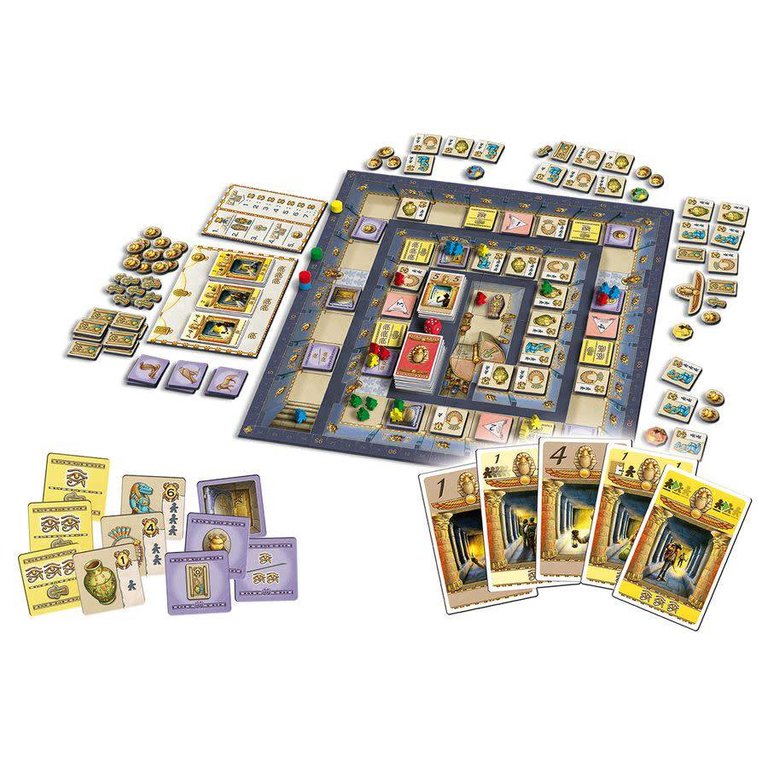 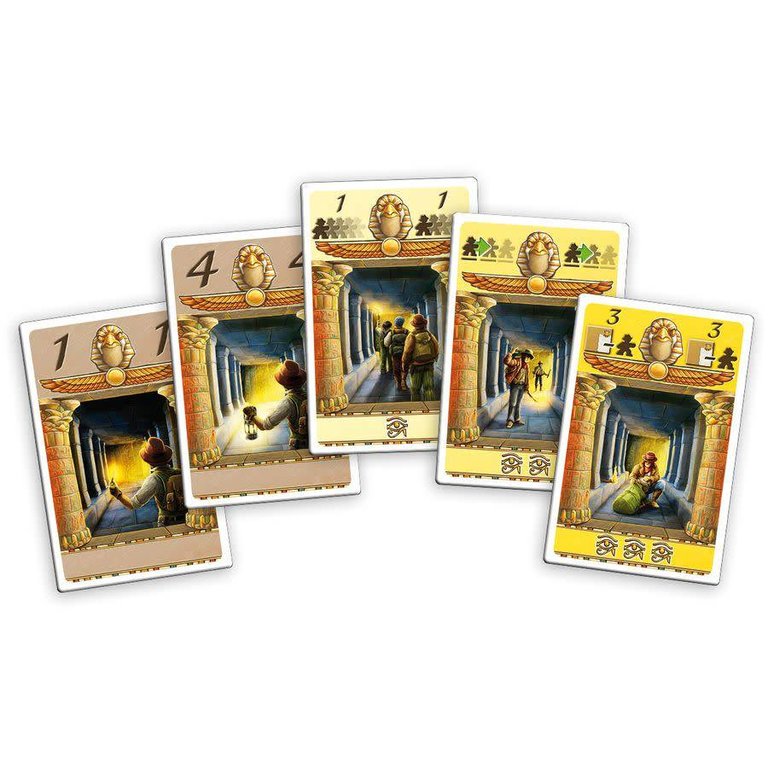 C$59.95
Queen Games
In stock
Article code 4010350103722
On the hunt for priceless treasures, groups of adventurers explore the legendary temple at Luxor.
Share this product:

On the hunt for priceless treasures, groups of adventurers explore the legendary temple at Luxor. Their ultimate goal is the tomb of the pharaoh, but many treasures can be collected as they search. As they explore, the challenge unfolds: The player who manages to quickly get their team of adventurers to the tomb, while salvaging as many treasures as possible, will be the winner.

Luxor offers variable game play as the path that leads to the tomb is different for every game — and will even change during play!

—description from the publisher

In Luxor, players move their adventurers through the temple with the goal of reaching the tomb in the middle of the game board. At the start of the game each player gets dealt 5 cards, which he is not allowed to change the order of.

In each round players take turns that consist of 3 actions:

At the start of the game, players can chose to move one of 2 adventurers. Every time an adventurer crosses over an Anubis statue for the first time he gains a new adventurer which is placed at the start.

The game ends once two adventurers reach the tomb. But in order to get in the tomb and collect the valuable sarcophagi, players need to have a key, which they collect from landing on Horus tiles. One key is needed for each adventurer wanting to enter the tomb.

The round is finished and then the game ends with a final scoring.

The player who now has the most points is the winner!