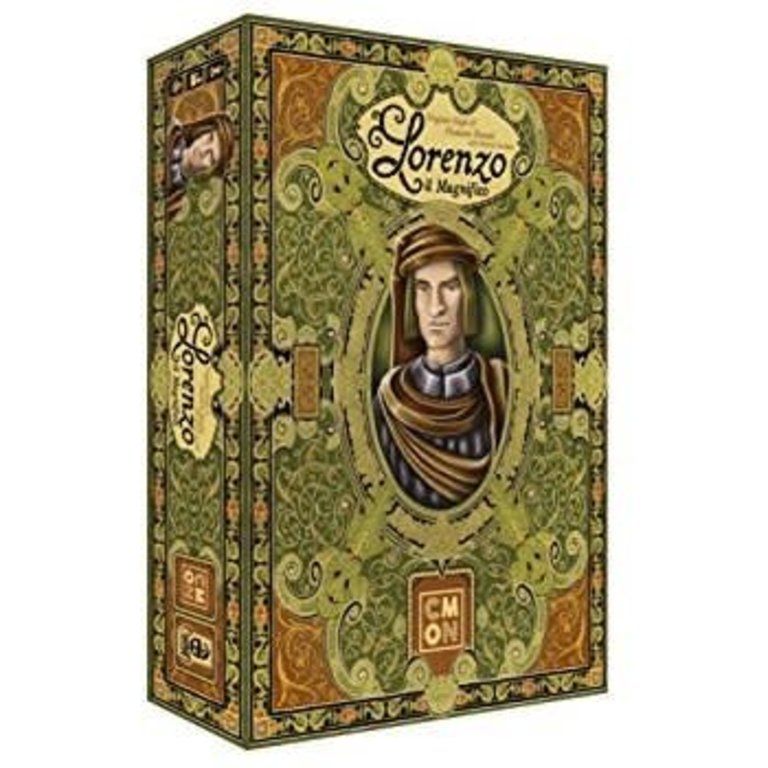 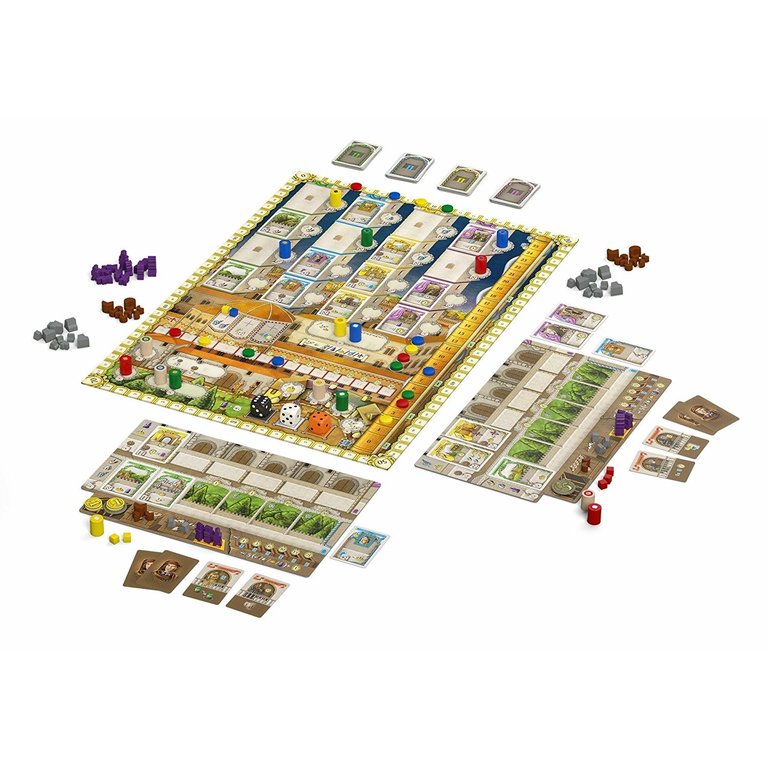 C$67.14
Cool Mini or Not
In stock
Article code 889696005106
Florence during the Renaissance period was a beautiful place.
Share this product:

Florence during the Renaissance period was a beautiful place. The church reigned supreme, but prestigious families looked to expand their influence through military strength, property ownership, resource development, and by making powerful allies. In Lorenzo il Magnifico, players lead their noble families in the pursuit of respect and power among the city’s elite. Over the course of six rounds, they’ll send their family members to various locations around the city to complete tasks and earn victory points. Only one family will rise to the occasion and come out victorious!

Lorenzo il Magnifico is a worker placement game with a brilliant twist. Players control their family members that will be able to perform tasks for them, however the value of those family members is determined anew at the start of each round. Players have an orange, black, and white family member, and each round, their value is determined by a dice roll. The first player rolls the dice, which determines how powerful each family member is. Now, every family has a black sheep, and the ones in Lorenzo il Magnifico are no different. One family member always has a value of zero, and will need a little help from the family servants to accomplish even the most basic tasks.

The power of the church looms large in Florence, and while players are establishing their empire, they had better be sure to pay the proper tribute. After the second, fourth, and sixth rounds, their Faith points will be evaluated. If they haven’t been pious enough, they risk Excommunication. This carries a harsh penalty that they have to suffer for the rest of the game, like getting fewer resources or servants, or losing points for certain types of cards at the end of the game. There are 21 different Excommunication tiles and three are chosen each game. Players will have to weigh whether investing in the church is worth it to avoid the consequences.

At the start of each round, Development cards fill the towers of the city. The higher the card is in the city, the more accomplished the family member will have to be to acquire it. In turn order, players will send their family members out to various locations in the city. The four towers will allow them to acquire cards, helping them to build their empire. Green cards represent Territories that can be conquered, Blue cards are Characters that can be influenced, Yellow cards are buildings that can be constructed, and Purple cards are Ventures that can be completed for points as the end of the game. When cards are acquired, they’ll often have an immediate effect and then an ongoing effect throughout the game. There are many different paths for players to follow to earn victory.

Family members can also be sent to the Harvest and Production spaces on the board to earn the family resources and points, the Market to earn bonuses like Military power or money, or the Council Palace to earn Privileges and to determine the all-important turn order for the next round.

Often, a location for a family member will be just out of reach. In that case, players can call upon the family’s servants to assist in the task. Each servant spent with the placement of a family member increases their value by one. Players will always have to spend at least one servant with the zero value family member, as each location in the city require at least a value of one.

Most of the locations around Florence can only house one family member at a time, so competition is fierce. As players struggle to make the right decisions for their family, they will quickly realize that some sacrifices have to be made and they won’t be able to accomplish every goal they had.

Lorenzo il Magnifico is a fun, tense, and tight strategy game that will test player’s planning and execution. To earn prestige for the family, they have to make the right decisions at get a little luck along the way. Florence is a beautiful city, and it would be nice to just walk the streets and enjoy it, but there is work to be done and a family name to establish. The pride if each player’s family is at stake!

renaissance
By using our website, you agree to the use of cookies. These cookies help us understand how customers arrive at and use our site and help us make improvements. Hide this message More on cookies »