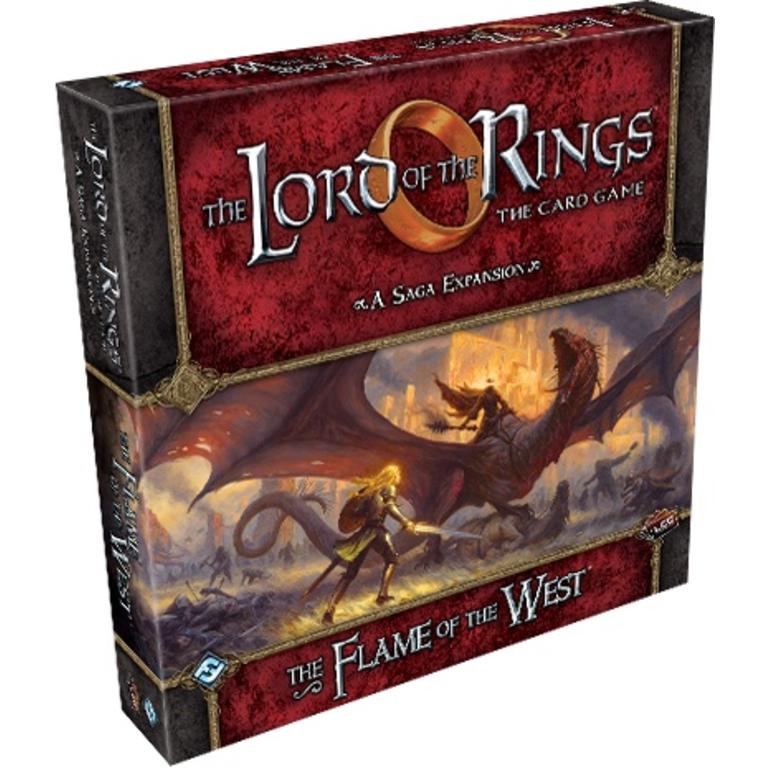 The Lord of the Rings LCG: Saga Expansion 7 - The Flame of the West

C$38.95
Fantasy Flight Games
Out of stock
Article code 841333101220
Share this product:
"Time is short. See! The beacons of Gondor are alight, calling for aid. War is kindled. See, there is the fire on Amon D√Æn, and flame on Eilenach; and there they go speeding west." Gandalf, The Return of the King

Brave the Paths of the Dead, battle the Corsairs at Pelargir, and stand fast against the Witch-king and the armies of Mordor during the Battle of the Pelennor Fields! The fifth The Lord of the Rings Saga Expansion for The Lord of the Rings: The Card Game, The Flame of the West draws directly from the key events of the first half of The Return of the King as it returns our attention to Aragorn, the Grey Company, and the plight of Gondor, even while the fates of Frodo Baggins and the One Ring remain uncertain.

With its 165 new cards, The Flame of the West introduces three new scenarios with a decidedly epic bent. War is kindled, and your actions will determine whether or not Gondor stands. Fortunately, you will not ride alone. The Flame of the West introduces a new version of Aragorn to lead you, as well as two new heroes, two boons, and thirty player cards (three copies each of ten different cards) that represent the strength of the bonds that run between the Men of Gondor, the Riders of Rohan, and the Elves and D√∫nedain of the Grey Company.
By using our website, you agree to the use of cookies. These cookies help us understand how customers arrive at and use our site and help us make improvements. Hide this message More on cookies »