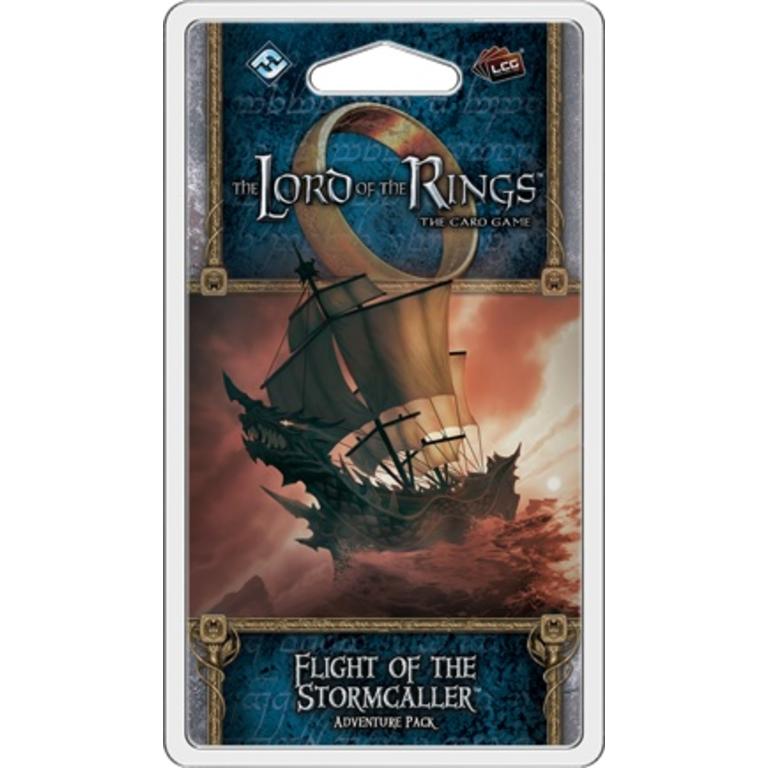 The Lord of the Rings LCG: Dream-Chaser Cycle 1 - Flight of the Stormcaller

C$19.95
Fantasy Flight Games
Out of stock
Article code 841333100865
Share this product:
Along with the crew of the Dream-chaser, several of Middle-earth's greatest heroes must once more sail the wild seas south of the Grey Havens. Their journey will take them through jagged reefs and raging squalls. They will confront corsairs and risk falling overboard, and all in a desperate effort to reclaim a stolen relic

Flight of the Stormcaller is the first Adventure Pack in the Dream-chaser cycle for The Lord of the Rings: The Card Game. Set after the events of The Grey Havens deluxe expansion, Flight of the Stormcaller introduces a new scenario that allows you to embark upon a dramatic, high-stakes chase across the stormy seas. Your heroes join the crew of the Dream-chaser and the other ships in her fleet, and they must battle through treacherous waters, foul weather, and Corsair ships to close upon the Stormcaller, the powerful vessel commanded by the ferocious Captain Sah√≠r. Time is of the essence, and if your heroes can't catch the Stormcaller, they'll forfeit their only link to the forsaken realm of N√∫menor.

Along with its unique scenario, which features quests decks for the players and for the Corsairs, Flight of the Stormcaller introduces a new Leadership hero and three copies each of ten different player cards. Altogether, its sixty new cards carry players far across uncharted waters, support decks designed to run with fewer than three heroes, reinforce the enduring strengths of the Gondor trait, and boast a handful of unique allies and events that plunge us deep into the cycle's new themes and mechanics.