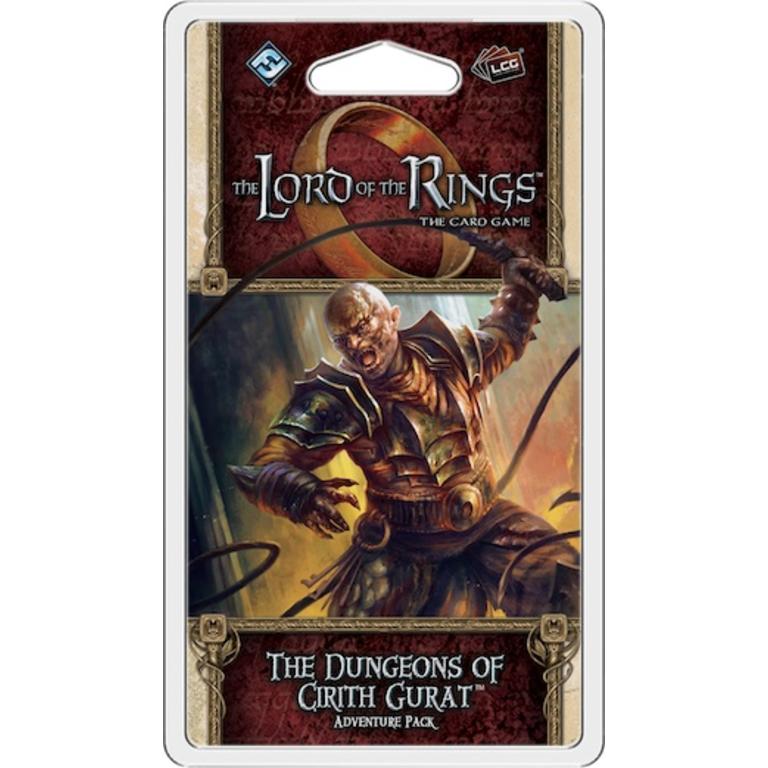 The Lord of the Rings LCG: Haradrim Cycle 5 - The Dungeons of Cirith Gurat

C$19.95
Fantasy Flight Games
Out of stock
Article code 841333101619
Share this product:
"The tower of Cirith Gurat rose higher as the caravan drove towards the gate. Not as tall or mighty as Minas Ithil, it was still of N√∫men√≥rean design, built after the fall of Sauron when Gondor kept watch on the land of Mordor."
The Dungeons of Cirith Gurat

The Dungeons of Cirith Gurat, the fifth Adventure Pack in the Haradrim cycle for The Lord of the Rings: The Card Game, finds several of Middle-earth's greatest heroes hundreds of miles from home, traveling through the hostile realm of Harad. They have crossed deserts, tamed M√ªmakil, fled from Orcs on Wargs, and tunneled through a den of giant spiders.

For much of their homeward journey, the heroes have been accompanied and assisted by the small band of Haradrim. Together, they have survived the perils of Harad's jungles and deserts, so when the heroes learn that many of their allies tribesmen are being held prisoner in the "Iron Pass" of Cirith Gurat, the heroes don't hesitate to volunteer their swords. Their friends will be freed.

While the scenario from The Dungeons of Cirith Gurat leads your heroes deep into one of the Dark Lord's prisons, its player cards arm you for the battles to come. Once you spring your allies from prison, you'll need to fight your way free of Orc jailors and pursuers, and you'll be happy for the assistance of the Adventure Pack's new Weapons, Warriors, and events.

This is not a standalone product. Requires a copy of The Lord of the Rings: The Card Game Core Set and The Sands of Harad deluxe expansion to play.
By using our website, you agree to the use of cookies. These cookies help us understand how customers arrive at and use our site and help us make improvements. Hide this message More on cookies »