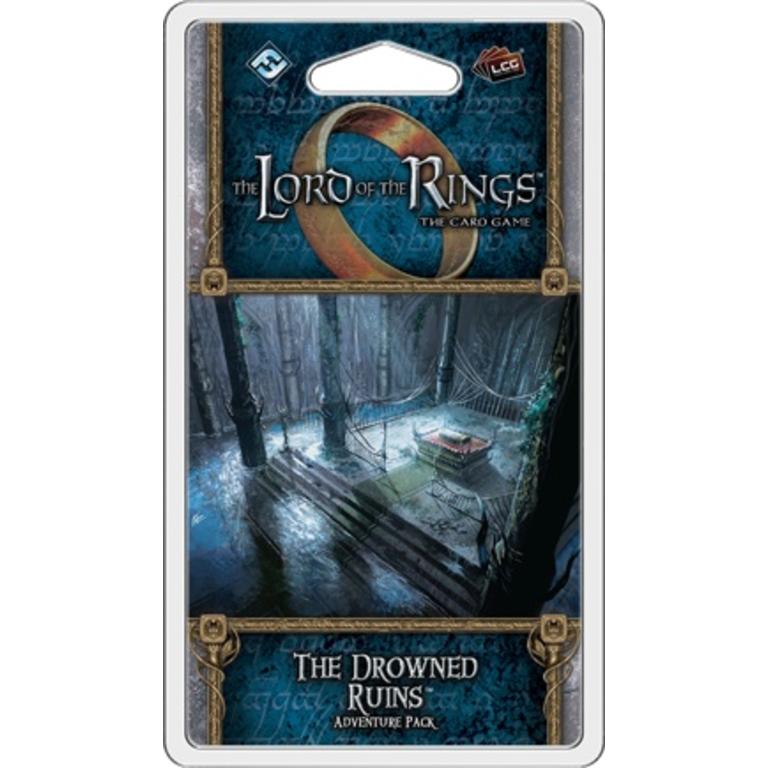 The Lord of the Rings LCG: Dream-Chaser Cycle 4 - The Drowned Ruins

C$19.95
Fantasy Flight Games
In stock
Article code 841333100896
Share this product:
The Drowned Ruins is the fourth Adventure Pack in the Dream-chaser cycle for The Lord of the Rings: The Card Game.

After sailing over treacherous seas, surviving battles with Corsairs and a ferocious sea monster, and trudging across a jungle island infested with evil Undead, several of Middle-earth's heroes have finally arrived at the Temple of the Deceived, wherein they expect to find the locked chest that they can unlock with the mysterious key they hold. However, before they can get to the chest, they must find their way through the Temple of the Deceived and its treacherous Underwater passages

In its new scenario, The Drowned Ruins introduces these deadly Underwater locations and the monsters that live within them. Additionally, the Adventure Pack's sixty cards also introduce a new Silvan Lore hero and three copies each of nine different player cards that reinforce the Dream-chaser cycle's focus on cards that exist within one sphere of influence but offer bonus effects if you can pay for them with another sphere. Moreover, the pack and its cards offer a healthy dose of new Silvan-themed cards, including new Scout and Warrior allies. Finally, you'll find new cards for your favorite Hobbit, D√∫nedain, and Trap decks, as well as a new Title attachment to support any Secrecy deck built around playing with two or fewer heroes.
By using our website, you agree to the use of cookies. These cookies help us understand how customers arrive at and use our site and help us make improvements. Hide this message More on cookies »