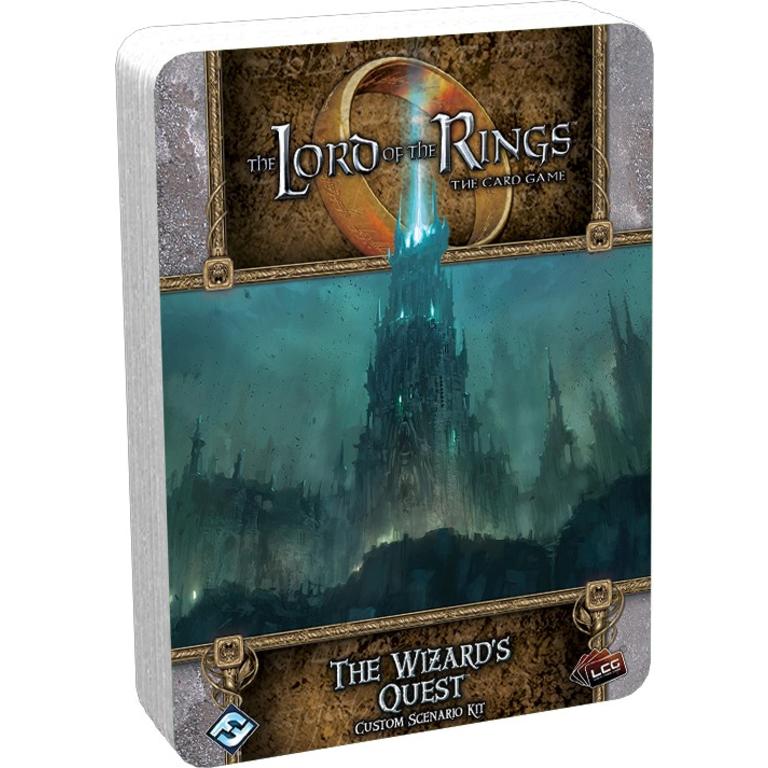 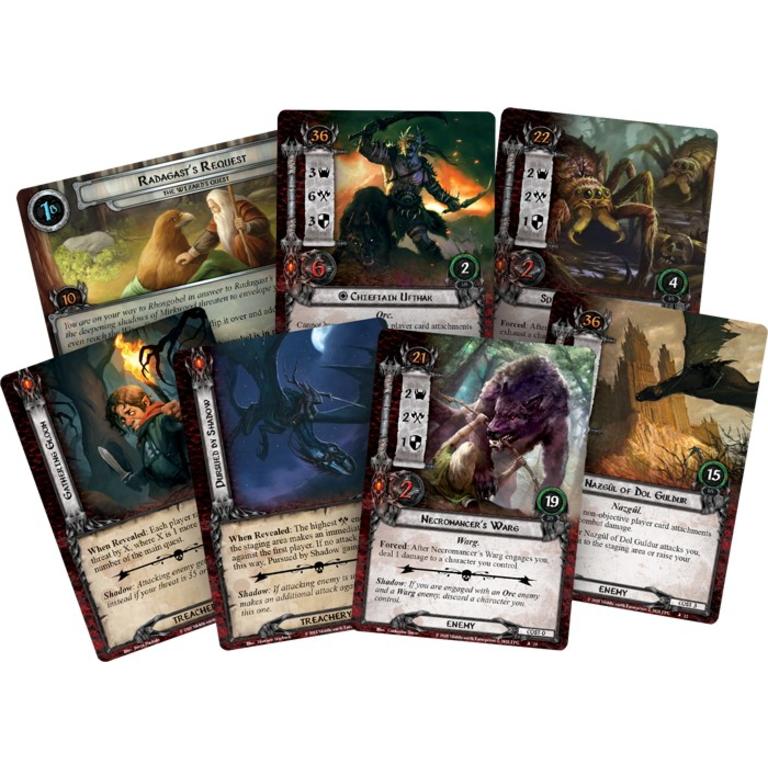 The Lord of the Rings LCG: Custom Scenario Kit 1 - The Wizard's Quest

C$19.95
Fantasy Flight Games
In stock
Article code 841333106607
The power is in your hands to create your own story and define your own journey.
Share this product:

In The Lord of the Rings: The Card Game, you have taken part in adventures spanning across Middle-earth, from the scorching deserts of Harad to the seaport of the Grey Havens, from the streets of Minas Tirith to the wilds of Rhovanion, and along the way you have battled all manner of monsters, and even the host of Mordor itself. But now, for the first time, the power is in your hands to create your own story and define your own journey.

In The Wizard’s Quest, the scenario that was featured earlier at Gen Con 2018, you have received a special mission from the White Council. Concerned about the growing darkness in southern Mirkwood, Radagast the Brown sent an Eagle to spy on Dol Goldur, but when the noble creature returned, it bore an evil wound. Radagast immediately sent word to the Council and now the task falls to you to investigate. The haunted fortress has been a source of dark power and death for many years. Its very presence has poisoned the Greenwood, but this sudden surge is an additional cause for concern. Whatever has taken up residence in the evil halls must have great power, and your heroes must proceed with caution.

Unlike other Adventure Packs for The Lord of the Rings: The Card Game, The Wizard’s Quest won't present you with a linear quest for your heroes to succeed or fail at. Rather, these packs give you everything you need to build your own custom adventures. This kit is also fully compatible with The Woodland Realm, allowing you to mix and match encounter cards to create a challenge worthy of your team.

Each Custom Scenario Kit comes with seven quest cards: one Stage 1, three Stage 2 cards, and three Stage 3 cards. You'll build your quest deck by selecting one Stage 2 and one Stage 3 card to shape the narrative of your adventure and help you choose which encounter cards will fit your story. After you've chosen your quest cards, there are two ways to create your own scenario: Quick-build or Advanced-build. The Quick-build rules allow you to construct your adventure in minutes, using only the contents of your Custom Scenario Kit. Then, the Advanced-build rules give you greater flexibility for customizing your scenario, selecting individual encounter cards you will face on your journey.

Once you have filled your enemy’s ranks with the dark creatures that thrive beneath the trees in the shadow of Dol Guldur, you can increase the challenge with the competitive Race Against the Shadow play mode for two or four players. Both scenario packs are designed to encourage competitive play between either two lone adventurers or two pairs of heroes. But the challenge begins before the teams even take their first steps on a quest, as Race Against the Shadow requires teams to create a custom scenario and inflict it on your opponents! A two-player game lets players test their best solo decks against their opponent’s custom scenario, while a four-player game maintains the cooperative spirit of The Lord of the Rings: The Card Game by having teammates work together to outrace the opposing team and finish their scenario first! You have stared down the agents of Sauron with steadfast resolve, but will you be able to stand against your friends?

The Lord of the Rings LCG Core Set

The Lord of the Rings LCG: Custom Scenario Kit 2 - The Woodland Realm

Quickview
Fantasy Flight Games
The Lord of the Rings LCG: Custom Scenario Kit 2 - The Woodland Realm
The power is in your hands to create your own story and define your own journey.
C$19.95
By using our website, you agree to the use of cookies. These cookies help us understand how customers arrive at and use our site and help us make improvements. Hide this message More on cookies »