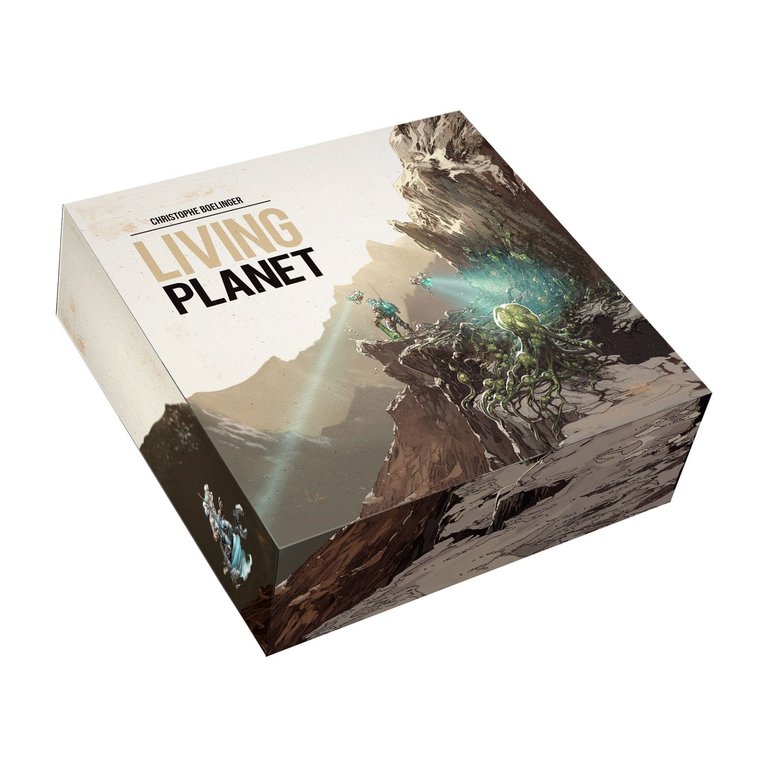 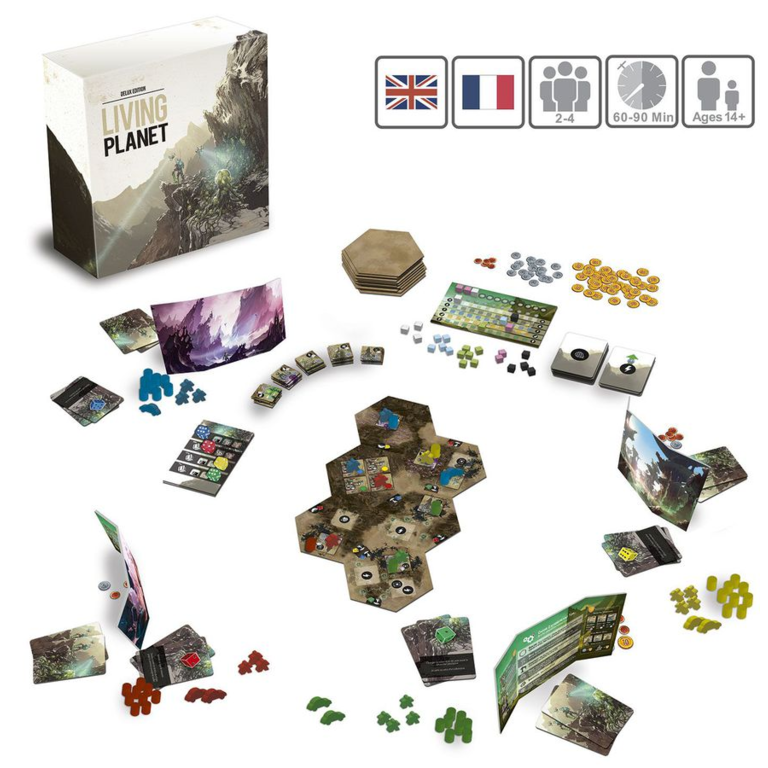 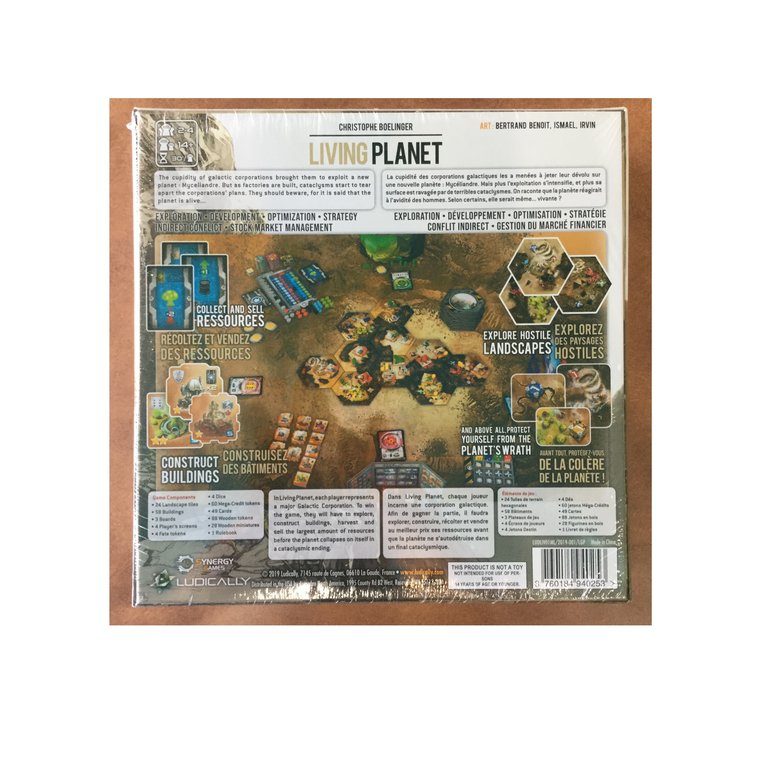 In Living Planet, each player represents one major Galactic Corporation exploiting the distant planet MYC.14.250. Each one of them is eager to industrialize the planet and generate as much profit as possible before the planet self-destructs.

To do so, you'll have to explore the planet to grow the map. You'll manage your team to extract resources with factory buildings you've built, and trade resources at the stock market to make money. And above anything else, you'll have to handle cataclysms generated by the planet. But cataclysms don't happen randomly, players trigger them through their actions, using their card set. Confrontation between players will take place through the planet.

Players will alternately take the leader role for each turn. Each turn follows a specific game turn sequence. Every player will have some actions to accomplish at a turn, in the order the Leader chooses, resolving the sequence : Resources production - Action (Explore, Move, Construct, Trade…) - Cataclysms.

At the end of the game each player will earn victory points based on how much money they have and how many buildings and vehicles they control.

Back to home
Minion Games

The Manhattan Project 2: Minutes to Midnight

C$69.95
In stock
Article code 091037681188
The standalone sequel to The Manhattan Project by the same designer. Command your nation's nuclear weapons program during the cold war.

out of stock
Quickview
Dude Games
Outlive
C$83.95
By using our website, you agree to the use of cookies. These cookies help us understand how customers arrive at and use our site and help us make improvements. Hide this message More on cookies »