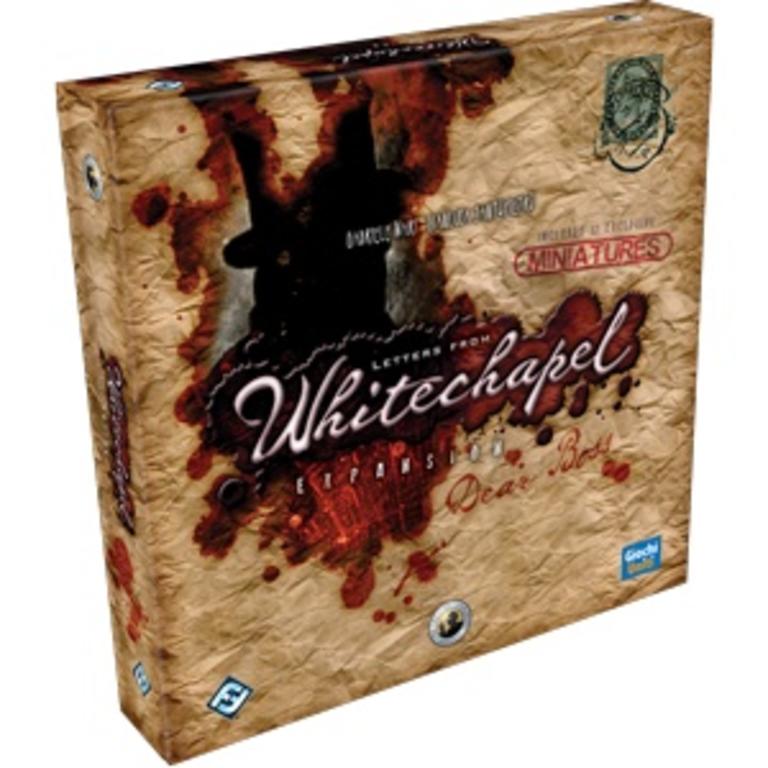 C$29.95
Fantasy Flight Games
In stock
Article code 841333101565
Share this product:
Dear Boss,
I keep on hearing the police have caught me but they wont fix me just yet. I have laughed when they look so clever and talk about being on the right track

Theres a monster abroad in the streets of Whitechapel district, moving quietly and unnoticed through the smog and mire of industry. Each night, he kills again, and each night, the police race to close the net before the killer can escape. By morning, another letter is found in Whitechapel, taunting the Chief of Police and signed by Jack the Ripper. The days are growing short. Time is running out for the police to catch the killer before he disappears into the twisted alleys and winding streets of Whitechapel

Youve already experienced the battle of wits between the policemen and Jack the Ripper in the cat-and-mouse struggles of Letters from Whitechapel. Now, youll gain a host of new variants for the game with the Dear Boss expansion! Within this expansion, youll find three modular decks to aid the policemen or Jack, alongside rules for tweaking the balance of the game until its perfect, no matter which side your group favors. Twelve beautifully sculpted plastic miniatures invite you to replace the Policemen, Jack, and Wretched pawns from the base game. Finally, every inch of Dear Boss is overflowing with historical detail, giving you even more insight into the lives of the men and women who played out this tragedy in 1888.

The letter that begins with the famous expression "Dear Boss" was received on September 1888, Thursday the 27th, by the press agency Central News Agency of London, which delivered it to Scotland Yard two days later. It was written in red and contained many macabre details that they could not be ignored. It was signed: Jack The Ripper. The horror of Whitechapel had finally a name...a name that would have badgered the district forever.

Letters from Whitechapel: Dear Boss, the first expansion for Letters from Whitechapel, will help you to enter the sordid depths atmosphere of Whitechapel: You will better know the main characters of the events of that fall and face, both with Jack and policemen, new and intriguing challenges.
By using our website, you agree to the use of cookies. These cookies help us understand how customers arrive at and use our site and help us make improvements. Hide this message More on cookies »