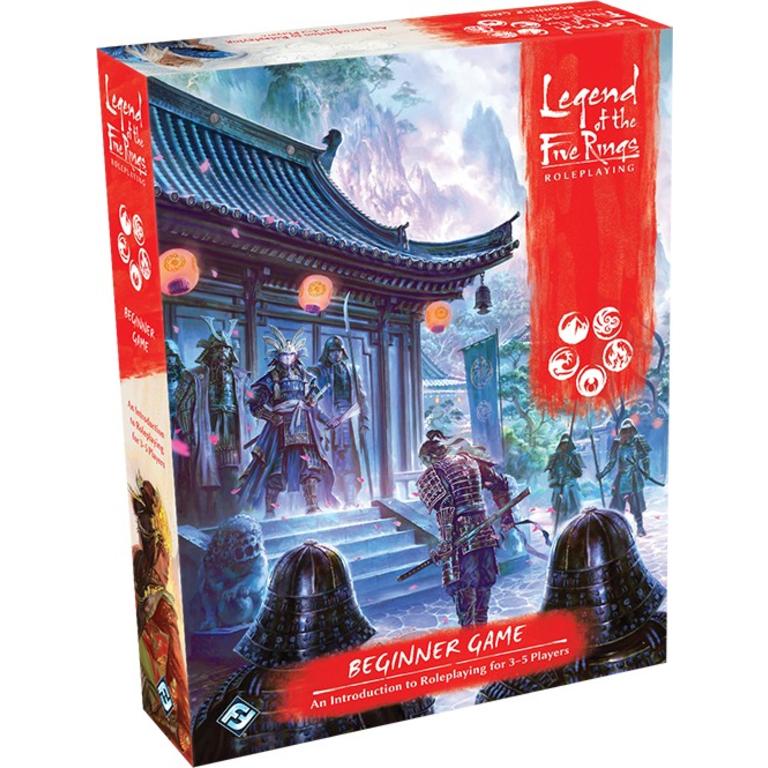 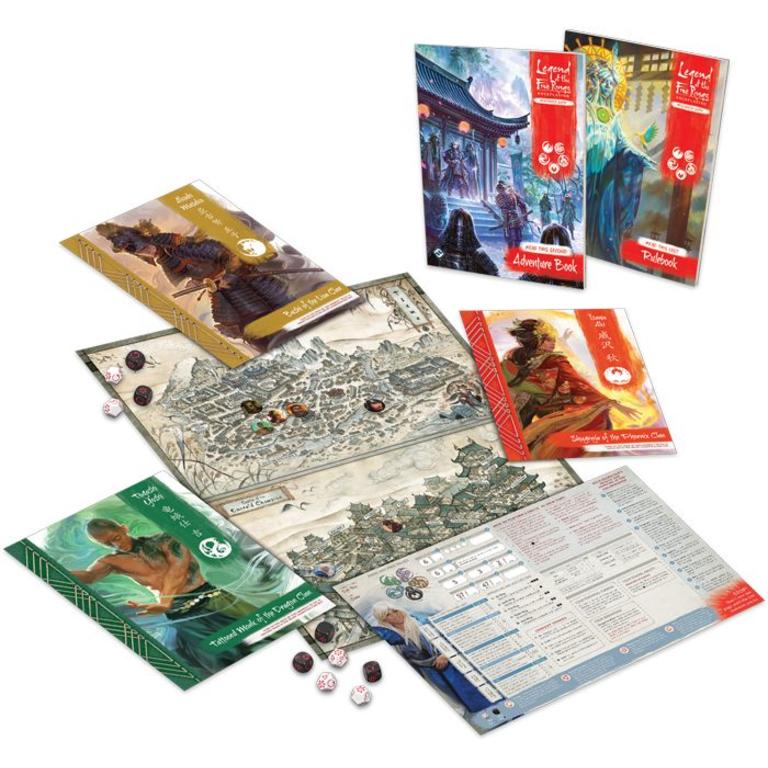 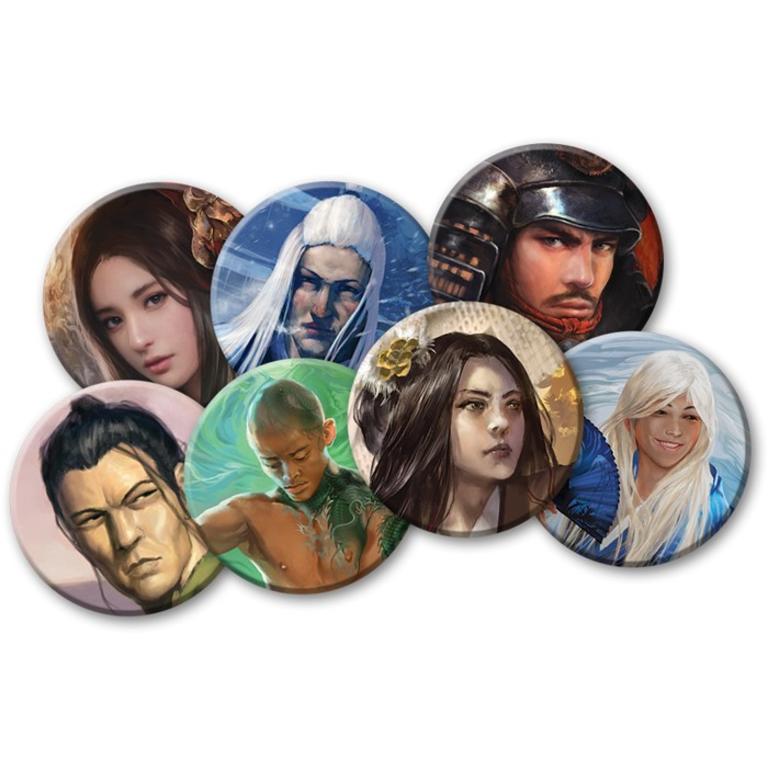 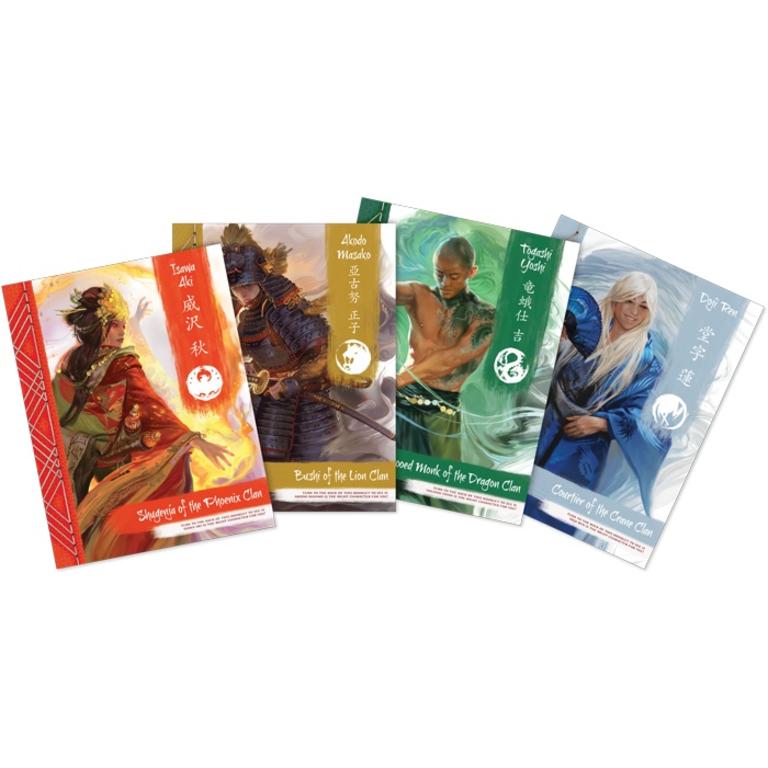 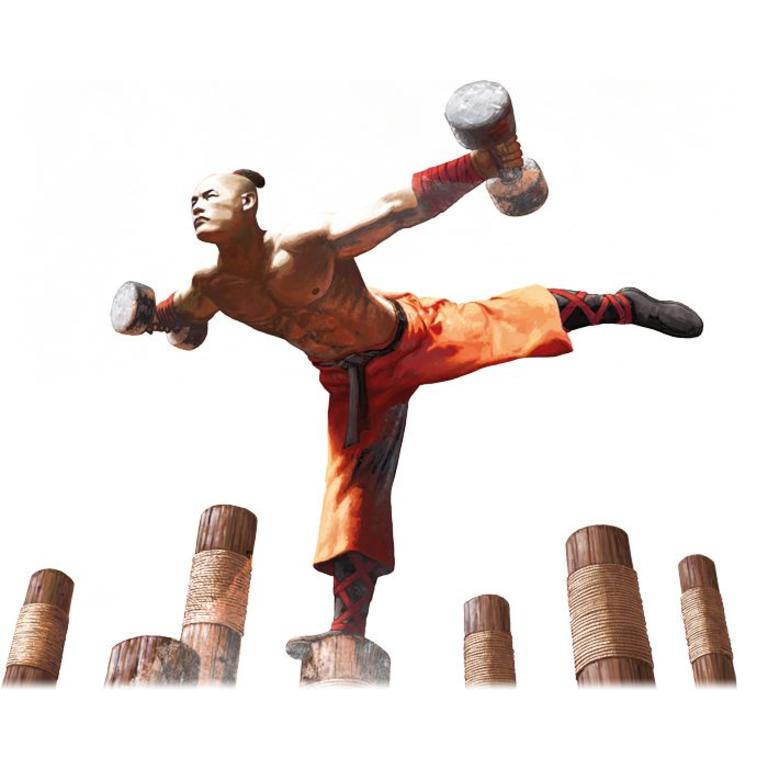 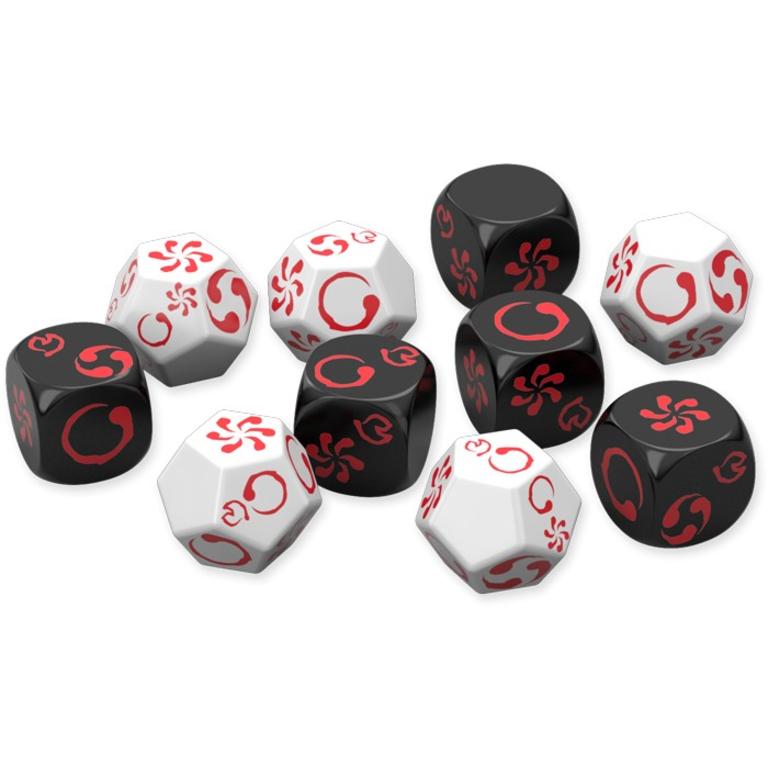 C$52.95
Fantasy Flight Games
In stock
Article code 9781633443372
The perfect door to the Emerald Empire for newbies and veterans alike.
Share this product:

In Rokugan, it is said that honor is stronger than steel. While even the finest blade can bend and break under the heat of the forge, the Emerald Empire’s society has been folded in the forges of politics and war for more than a thousand years, and it has not yet broken. The society of Rokugan follows a divinely ordered pattern set down by the eight Kami, who shared their celestial blessings with the mortal realm. Rokugan is a land of strict social stratification, where an improper look at the wrong time can mean death.

This is an era of sudden change and upheaval, however. Mortal schemes, natural calamities, and celestial turmoil alike have disrupted the political, military, and spiritual equilibrium of the land. Long-simmering rivalries and fresh betrayals ripple through the courts and on the battlefield. The Chrysanthemum Throne is beset by threats from without and within, and the honor of the seven Great Clans—the families descended from the heroes of legend and sworn to rule their lands in the Emperor's name—shall be put to the test.

A Pathway to Adventure

The recent mysterious death of the Emerald Champion, Doji Satsume of the Crane Clan, has thrown the Emerald Empire into turmoil. Each of the Great Clans suspiciously eyes the others and wonders whether the death was no tragic accident, but a dishonorable act of murder.

In these times of strife, a group of youths approaches the village of Tsuma for the Topaz Championship and their gempukku, the coming-of-age ceremony that will mark them as fully- fledged samurai. Each contestant has come from a different clan and dreams of being the highest-scoring contestant in the tournament, earning the title of Topaz Champion. Despite being pitted against one another, they are all united in their desire to succeed and bring honor to their clan and family.

The Legend of the Five Rings Roleplaying Beginner Game invites you and your fellow players onto this adventure, introducing the Emerald Empire through intrigue, action, and a test of will and character. Most of the players in the game will emobdy these young samurai, taking on the role of a player character. The final player becomes the Game Master, who controls the actions of all non-player characters and helps to move the story forward. Even if you're new to roleplaying or the role of the Game Master, the beginner game's pre-made adventure gives you all the tools you need to run a smooth game that introduces the mechanics and world of Rokugan to your players. Look for not only a guide to the Topaz Championship, but maps, player tokens and more that serve to immerse both you and the players in the Emerald Empire.

A Test of Character

The Legend of the Five Rings Roleplaying Beginner Game allows new players to dive into the action with four pre-made character folios. These folios give players the opportunity to play as a youth in the world of Rokugan, looking to represent the Lion, Crane, Phoenix, or Dragon in the Topaz Championship. Choose between playing as the cunning and diplomatic Doji Ren; Togashi Yoshi, a master of compassion and the fist; Akodo Masako, whose skill with a weapon is only rivaled by her steadfast honor; or Isawa Aki, who wields the power of the elements themselves.

These folios not only introduce you to your characters, but provide all the relevant information you'll need to guide you on your adventure. A completely filled-out character sheet, complete with beautiful artwork, is your stepping stone into the Emerald Empire, and a variety of reminders and special abilities will let you roleplay your character with ease. If you're not sure which character to select, a helpful guide on the back of every folio can easily guide you to a selection that's right for you!

The Hand of Fate

Within the Legend of the Five Rings Roleplaying Beginner Game, you'll find a unique way to start your roleplaying adventures: an updated version of the Roll and Keep system found in prior versions of the Legend of the Five RingsRPG. By using the set of custom dice included in the box, you'll be able to help your characters overcome the trials ahead, while informing the world around them and their inner turmoil.

Every skill check in Legend of the Five Rings Roleplaying Beginner Game will see players rolling these custom dice, choosing a few to keep, and getting a result that not only demonstrates success or failure, but also unique opportunities and an accumulation of strife. Too much strife can lead to you choosing how your character must release their emotions in a fashion ill-befitting a samurai, and it can have drastic story repercussions.

This fusion of style allows player choice in the form of Roll and Keep to thive alongside the variety of story options presented by the narrative dice system. Player choice is further emphasized by the approach that characters must take to every skill check, choosing one of the titular five rings that can represent everything from careful planning, to a spur of the moment decision, to using the environment to your advantage. These different approaches affect both how many dice you roll and how many dice you're allowed to keep.

C$16.95
Out of stock
Article code 841333106683
Legend of the Five Rings Roleplaying uses a set of custom dice to determine the success, failure, strife, and narrative opportunities generated by every test.

out of stock
Quickview
Fantasy Flight Games
Legend of the Five Rings RPG: Dice
Legend of the Five Rings Roleplaying uses a set of custom dice to determine the success, failure, strife, and narrative opportunities generated by every test.
C$16.95
By using our website, you agree to the use of cookies. These cookies help us understand how customers arrive at and use our site and help us make improvements. Hide this message More on cookies »