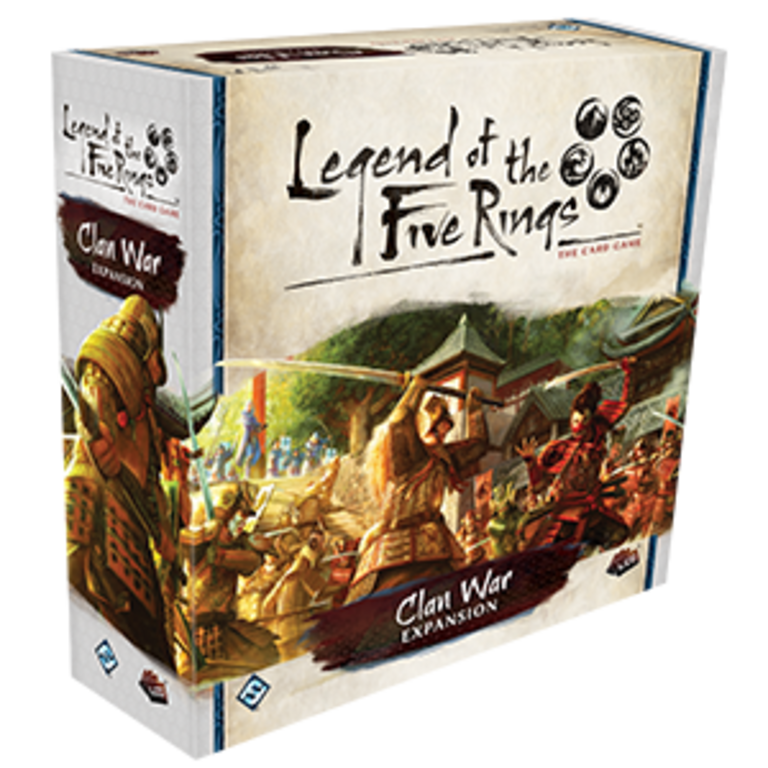 C$52.95
Fantasy Flight Games
Out of stock
Article code 841333110574
Clan War introduces two ways to bring multiplayer to Legend of the Five Rings: The Card Game consisting of a total of 234 new cards.
Share this product:

Declare your allegiance with Clan War, a new Premium Expansion for Legend of the Five Rings: The Card Game!

The Enlightenment format sees three players racing to claim all five elemental rings, while Team Conquest allows players to join up into two teams to break each other’s’ strongholds. When the clans clash in open war, none can be victorious alone!

Not only does the expansion include the rules for how to play these formats, but most cards in the set synergize with multiplayer play, and a treaty pad and cards included in the expansion allow you to form and break alliances.

C$49.95
Out of stock
Article code 841333104146
Legend of the Five Rings: The Card Game is a player-influenced LCG¬Æ that sees two players take on the role of one of the seven Great Clans of Rokugan,

Legend of the Five Rings LCG Premium Expansion 1: Children of the Empire

out of stock
Quickview
Fantasy Flight Games
Legend of the Five Rings LCG Premium Expansion 1: Children of the Empire
A Premium Expansion is a new level of product for Legend of the Five Rings: The Card Game, featuring 234 cards (three copies each of 76 cards and one copy each of six cards).
C$54.95
By using our website, you agree to the use of cookies. These cookies help us understand how customers arrive at and use our site and help us make improvements. Hide this message More on cookies »