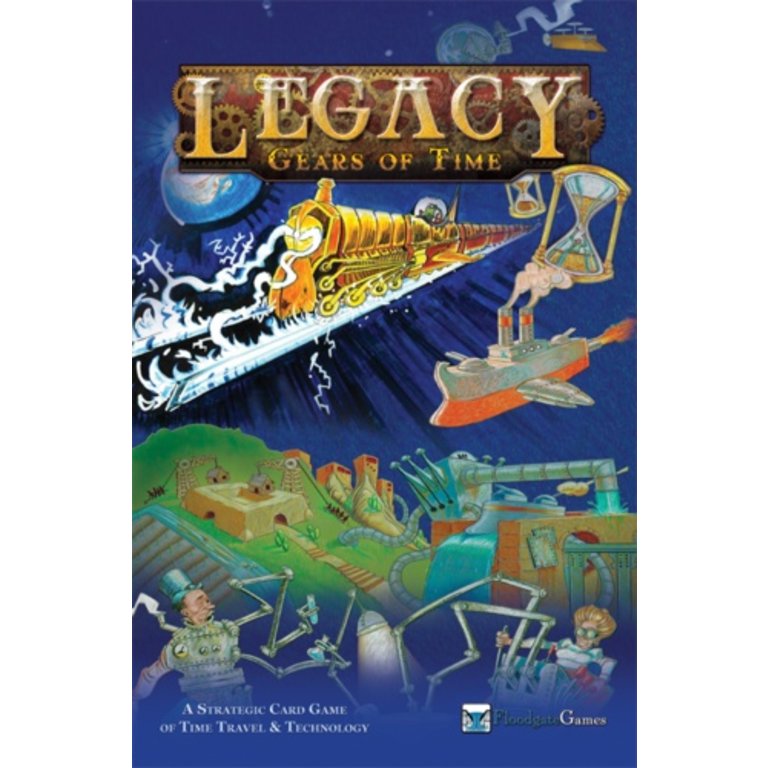 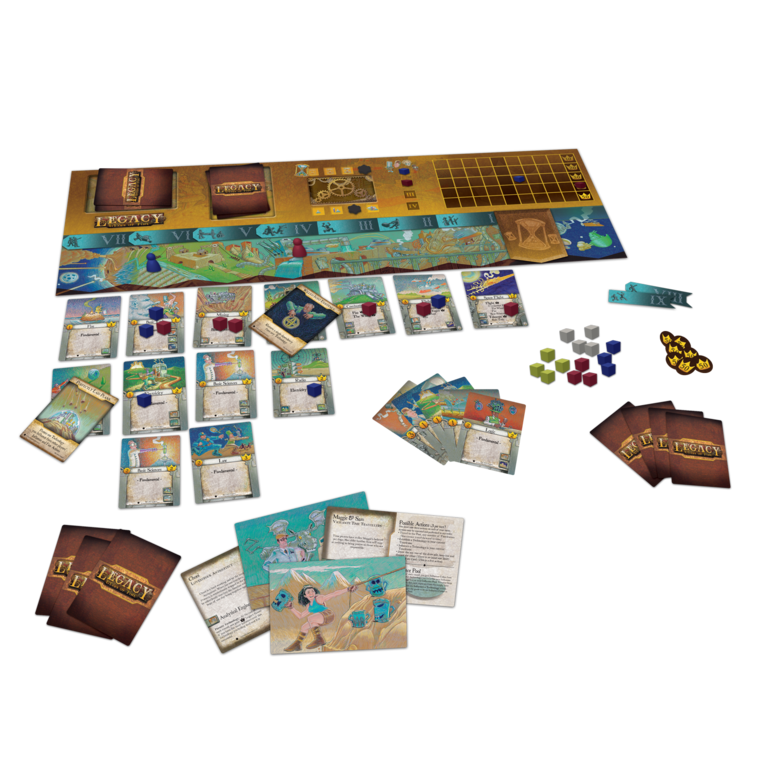 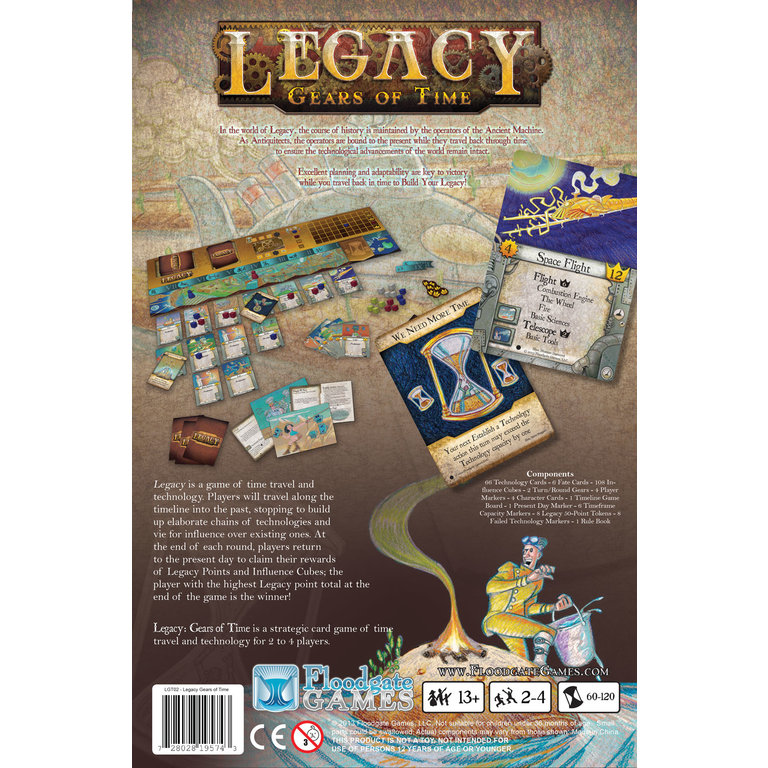 Legacy: Gears of Time is a strategic card game, mechanically rooted in its time travel theme. Players each play cards from their own hand, draw from a central draw pile, move and play technologies on a single timeline, while placing their influence cubes on existing technologies. Legacy is played on a timeline that grows at the end of each of 4 rounds.

Players take turns during a round consisting of 3 actions each. During each turn, you may travel back in time, play a technology card from your hand, influence an existing technology, or draw two cards (keeping only one). As you travel back in time, Technologies are played from your hand by paying their discard cost. Any technologies you play generate influence for you automatically. Having more influence than your opponents is the key to claiming rewards for a technology! At the end of each round, rewards are given for each technology and its dependencies.

One Influence cube from each technology will come off at the end of each round, forming your influence pool to be used in future rounds to influence existing technologies. Keep in mind, a technology is only considered successful if all of its dependencies exist previously on the timeline. Since there are several copies of each technology, you may be able to preempt and eliminate an existing copy by playing yours earlier in the timeline!

Be sure there is room for your new technology, though; each time-frame has a capacity equal to it's distance from the present. There are also a few rare but powerful Fate cards, each allowing you to break the rules in interesting ways. Fate cards have no discard cost and don't require an action to be played. By strategically influencing existing technologies, adapting to your opponents actions, and carefully choosing when to go further back in time, you will find yourself victorious over your rivals! History remains intact until the Ancient Machine demands you return to the past to rebuild history, and your Legacy, once more.