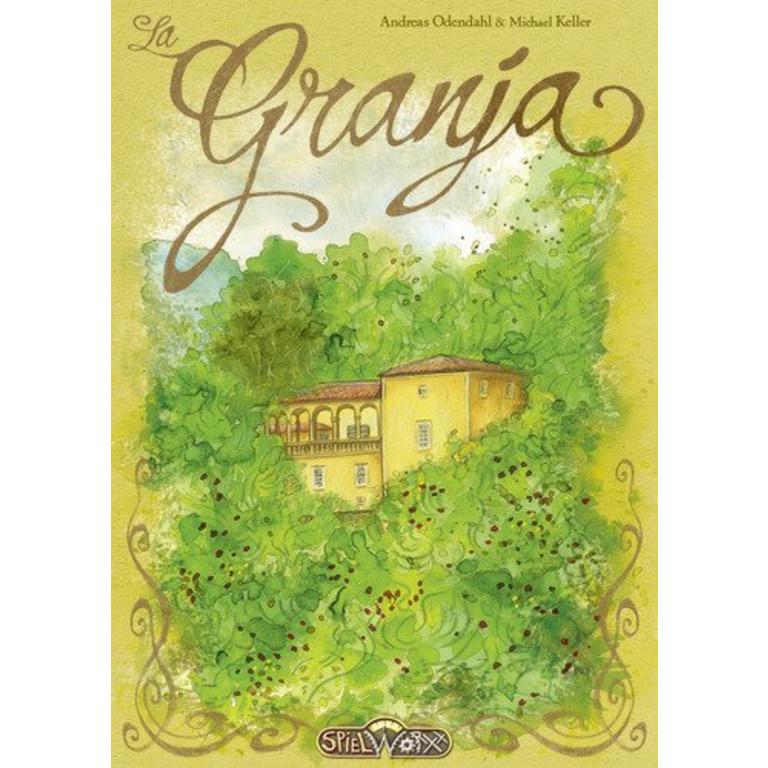 C$44.87
Stronghold Games
In stock
Article code 696859265716
Share this product:
In La Granja, 1-4 players control small farms by the Alpich pond near the village of Esporles on the island of Mallorca. During the course of the game, the players develop their farms and deliver goods to the village as they vie to earn the title of La Granja for their country estate. Speed and timing is critical!

La Granja is a fascinating game that requires careful planning. Successful players must learn to cope with the vagaries of the dice and cards. The player who has earned the most victory points at the end of the game is the winner and new owner of the La Granja estate!

Over the course of 6 game rounds, players will expand their farm by adding fields, farm extensions, market barrows, and helpers. They will earn VPs by delivering goods to the village of Esporles. Players have two options to early VPs in the village:

1. When a player has fully supplied a craft building, he received VPs and a craft market which grants a bonus for the remainder of the game.

2. When a player has fully supplied a market barrow on his farm, he sets up a market stall in the marketplace and receives VPs and a trade commodity.

It is important to observe the actions of other players, to manipulate turn order, and to adjust for the dice and the cards during the course of the game.

The player who has earned the most VPs by the end of the game is the winner and earns title of La Granja for their estate!