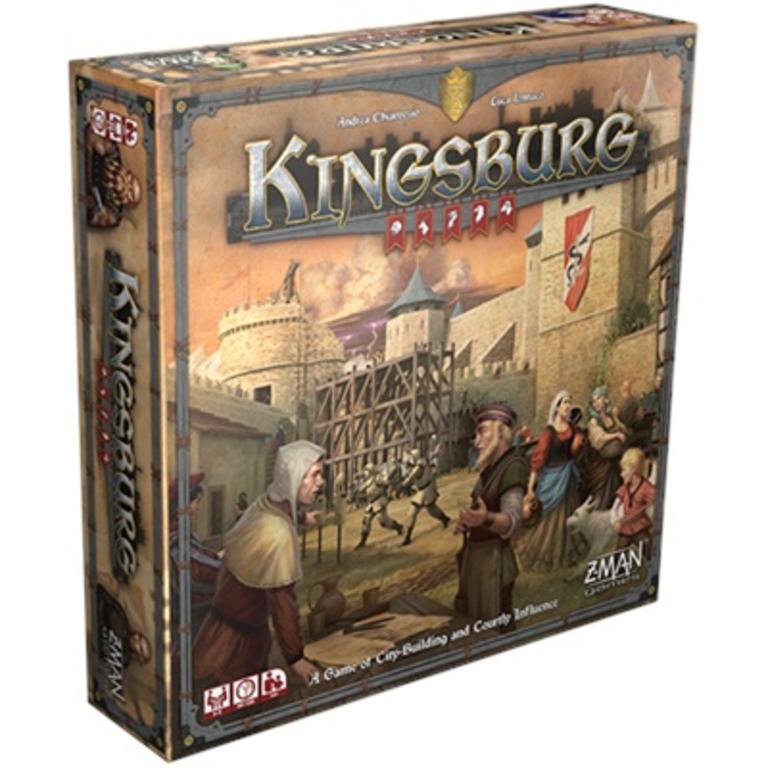 The realm of Kingsburg is under attack! Monstrous invaders are gathering at the borders, aiming to conquer the realm and plunder its riches. King Tritus has chosen you to take charge of a province on the border and prepare its defenses. Build your territory and earn your place on the Royal Council in Kingsburg, a game of city building and courtly intrigue. In Kingsburg, each player can develop their province as they see fit and this definitive edition provides as much variety as possible. Including the base game, all five modules from the To Forge a Realm expansion, as well as the new Alternate Advisor Rewards module, players have more options than ever before. Every year that passes sees your city grow, but danger is always lurking on the horizon. After winters harsh weather, an army invades. With goblins burning your settlements and dragons destroying a turns worth of victory points, you must find ways to protect your province. If you can impress the King with your political agility, he may reward you with a place at his side. You have just five years to rise above your counterparts and prove your worth!

Luckily, you arent entirely alone on the border. The King and his seventeen advisors are willing to aid you with resources, military intelligence, soldiers, or political clout. But each advisor is only willing to help one provincial governor per season, and they dont often work well together. To gain their benefits, you must exert your influence over them using Kingburgs innovative way of using dice: each player rolls their dice, then claims the resources bestowed by as many as three advisors, numbered 1-18. But since each advisor can only be used once per season, clever players will apply their dice rolls strategically in ways that simultaneously benefit themselves and vex their opponents, quickly snatching up advisors and cutting off their opponents, leaving them without resources and holding useless dice. Carefully apply your dice and scheme your way into the King's inner circle!