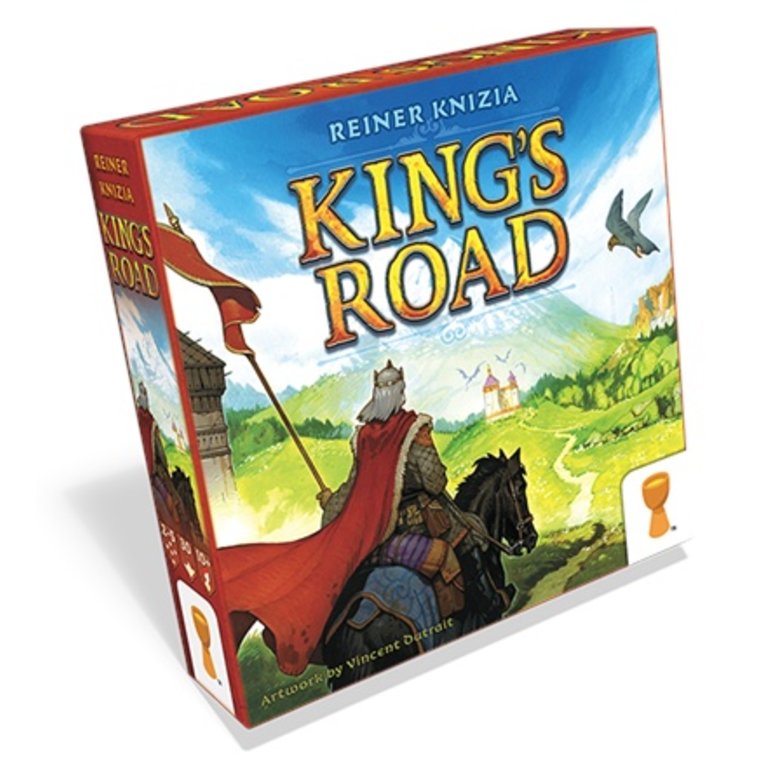 C$50.95
Grail Games
In stock
Article code DNR-614019975640
Share this product:
In King's Road, the players are nobles who are attempting to gain power and influence within the king's many provinces. As the king travels along the road that connects all the major landmarks within his territory, he will allow the most influential noble in each region to govern in his stead. Over time, the most favored noble will win the game.

- 1 game board
- 55 cards
- 100 influence markers
- 1 king marker
- 1 rule book
By using our website, you agree to the use of cookies. These cookies help us understand how customers arrive at and use our site and help us make improvements. Hide this message More on cookies »