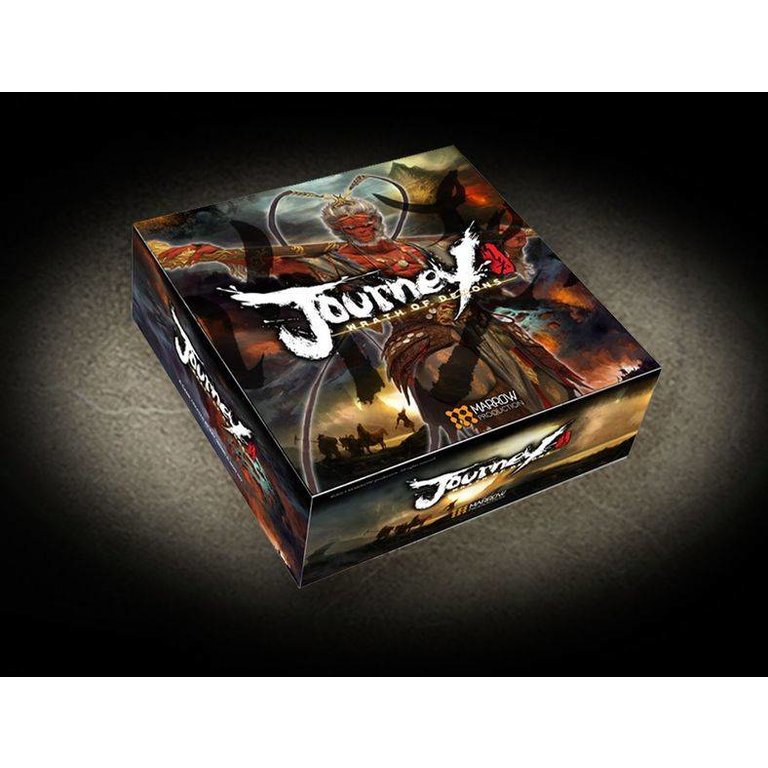 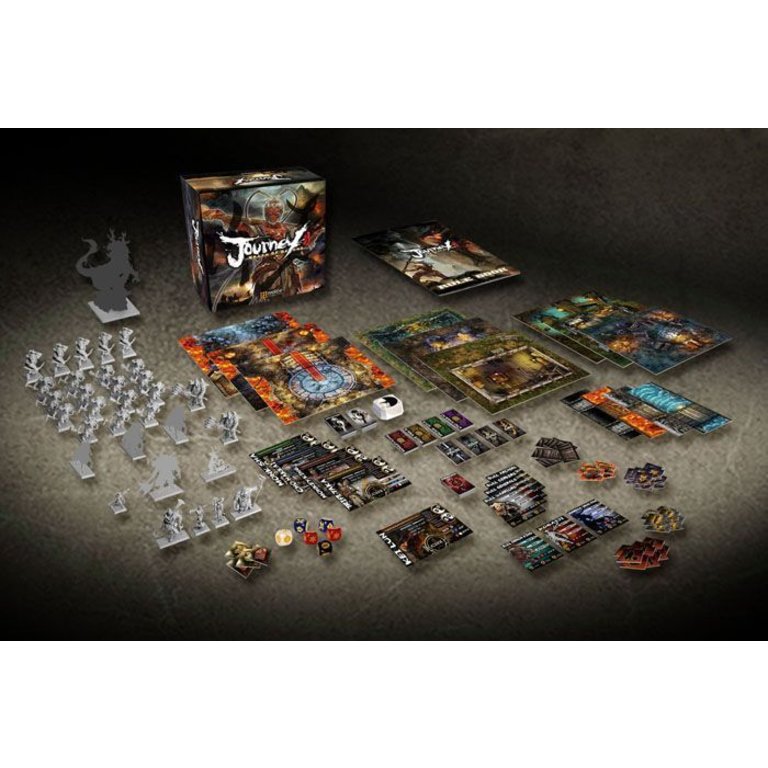 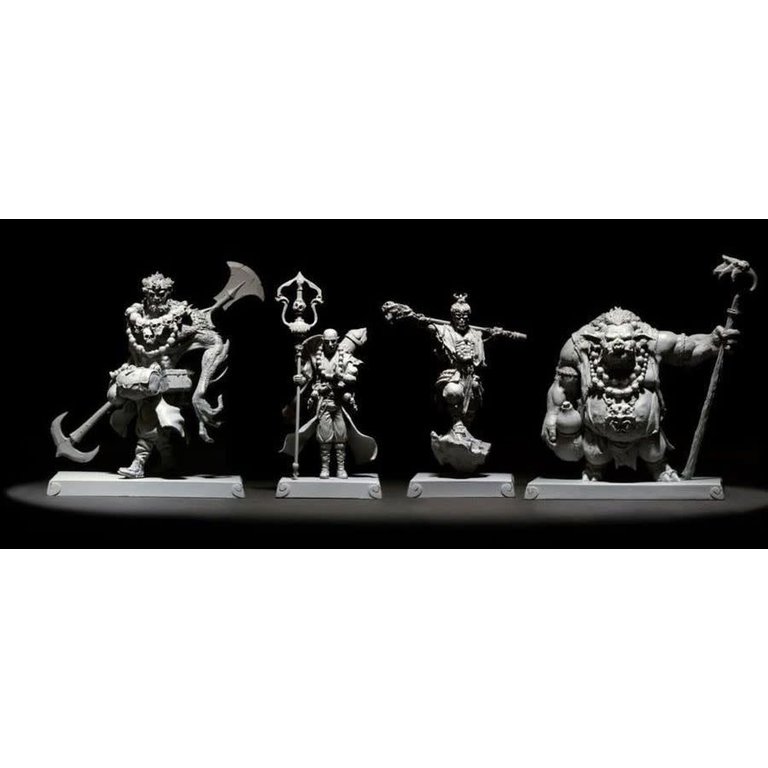 C$110.07
Edge
In stock
Article code 8435407616103
Band together to search ancient China for the sacred scriptures that will bring salvation to a world overrun with Demons.
Share this product:

In Journey: Wrath of Demons, a cooperative miniatures board game based on a classic Chinese novel, four Pilgrims band together to search ancient China for the Sutras, sacred scriptures that will bring salvation to a world overrun with Demons. After fighting different Bull Demon minions, the climax of the game is the battle against the Bull Demon King. Game cards and custom dice combine for fast, tense action and critical choices enhance the Pilgrims’ skills during the game.

Journey is designed for 1 to 4 players, each controlling one of the four Pilgrims: Tripitaka, Monkey, Monk Sha and Cho Hakkai. The game's AI controls the Demons and other creatures. Diverse playing styles are possible, with a strong emphasis on cooperation because the players win or lose as a team. Each game will take 30 minutes to 2 hours, depending on the quest and the style you play.

The core game comes with ~10 quests, each with different goals and unique rules. Do you ruthlessly hack and slash, killing all demons in the Pilgrims' path? Or take a more virtuous path, cleansing the demons' souls, saving villagers and collecting good karma. Your decisions affect the Pilgrims' abilities, skills and equipment. Killing demons may be quick but can you risk accumulating that bad karma? Side quests may enhance your Pilgrims' skill and karma, but with more demons spawning, can you afford to spend that time?

Solo play is almost identical to multi-player games. Instead of multiple players controlling 1 or 2 pilgrims each, 1 player will control all four Pilgrims. There are no other changes to the game.