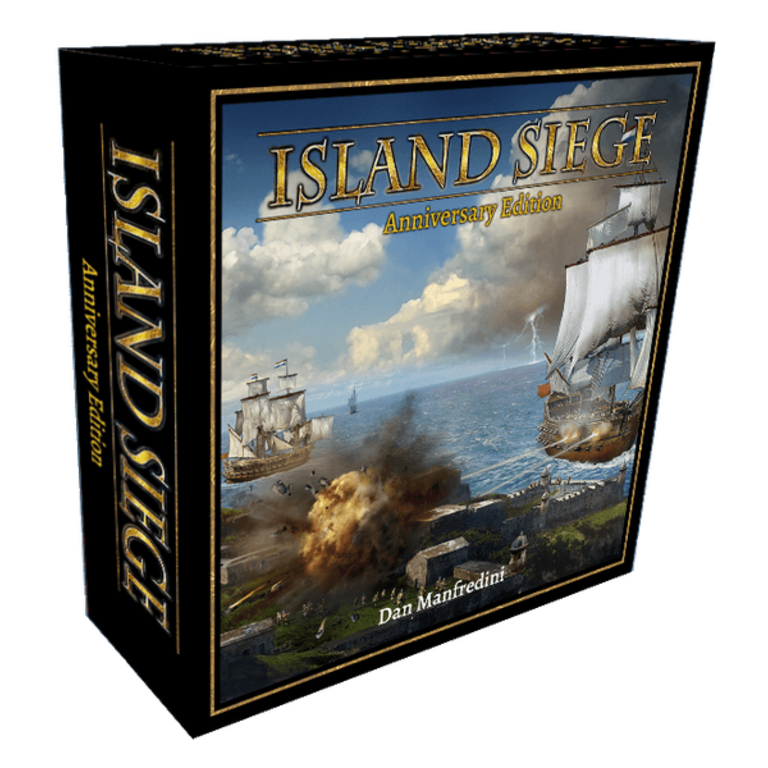 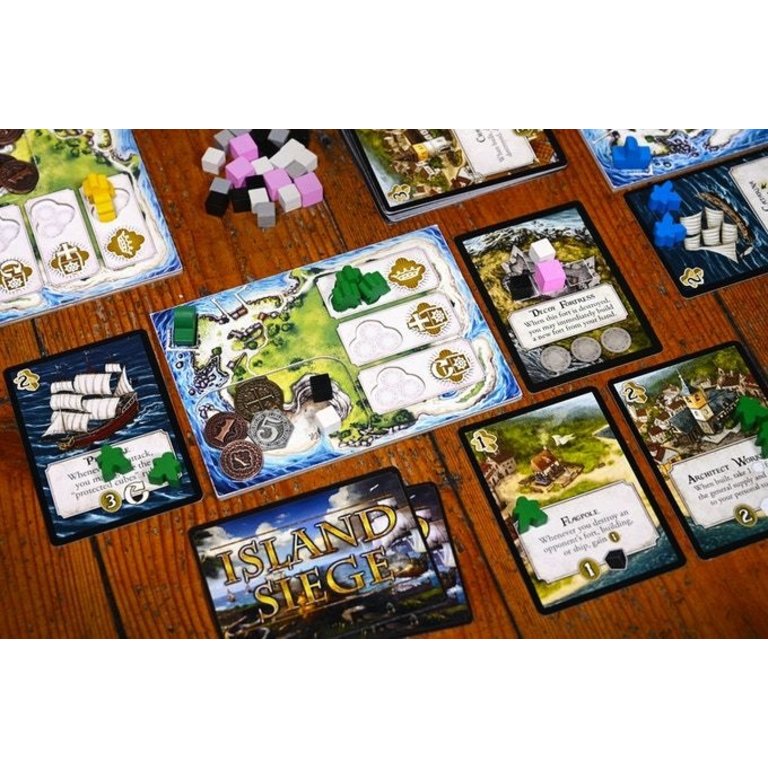 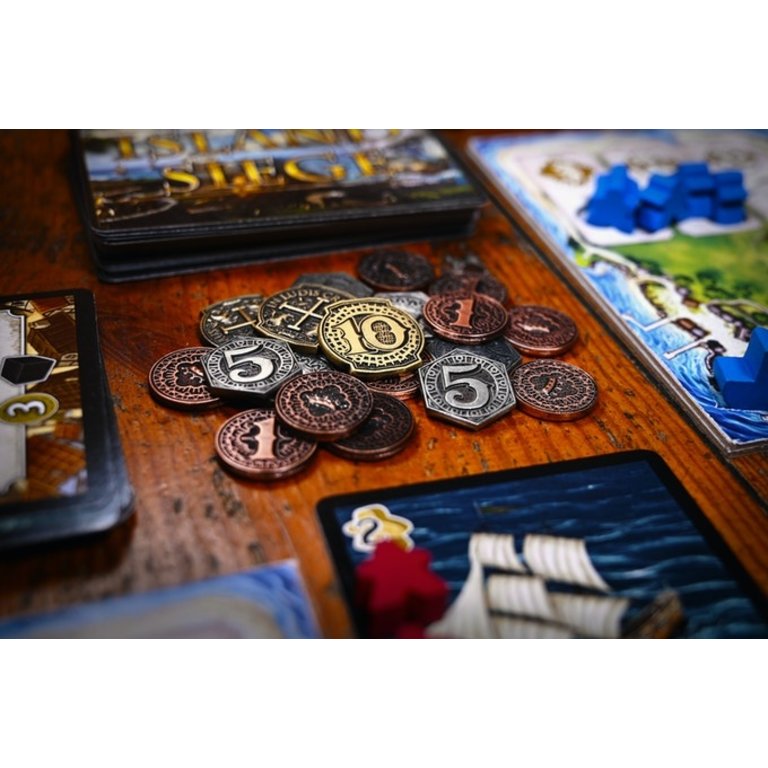 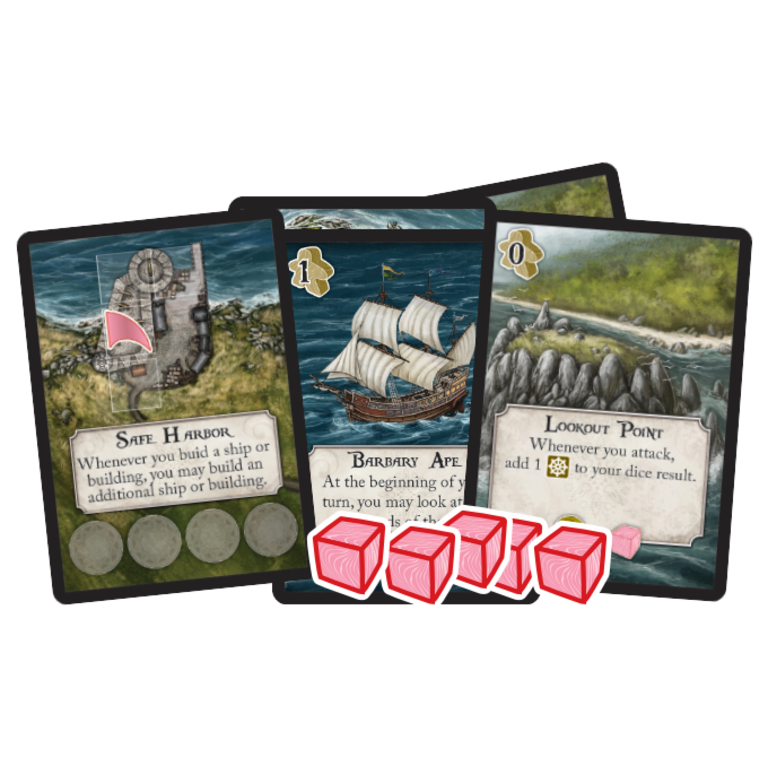 sland Siege is a fast-playing game of fort-building and colonization in the Caribbean Sea. Players build shoreside forts to defend their colonists from attack and to score points. Forts allow you to put colonists in play, which in turn can safely build ships and buildings which provide abilities and points. Attacking allows you to chip away at your opponent's fort while gaining cubes which are used to build forts of your own. Your goal is to score 20 coins or get all of your colonists in play!

• Components and rules for up to four players! The original two-player game included red and yellow colonists. The Anniversary Edition also includes green and blue colonists as well as additional coins, cubes and other components necessary for four players.

• The Ramparts and Coquina expansions from the first edition are now included with the base game.

• Deluxe two-layer player imperial boards. The new imperial boards includes an island with a quarry to store accumulated stones and a port to dock your ship. The boards will be printed on a thick cardboard. Indentations keep pieces from shifting.