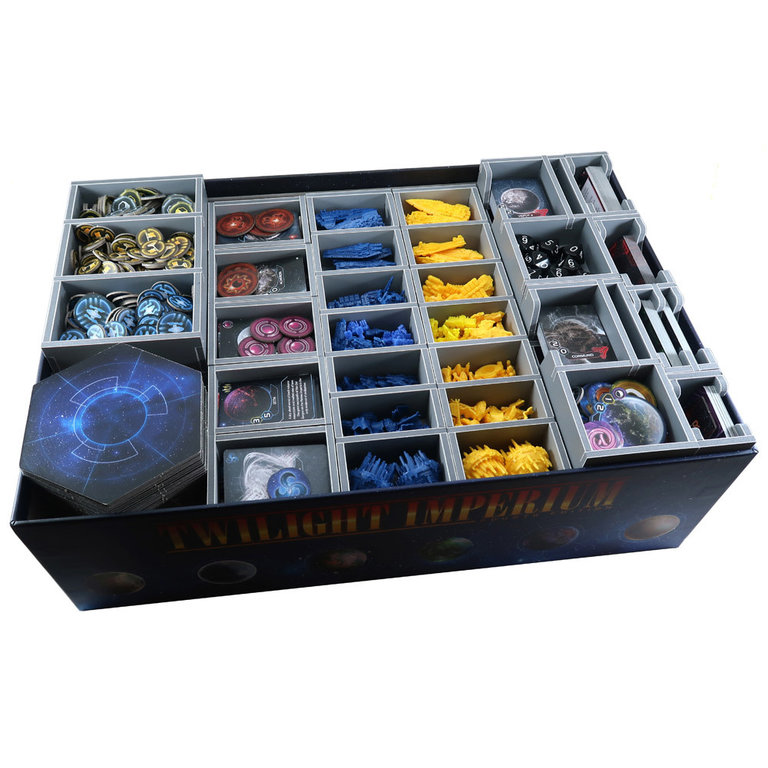 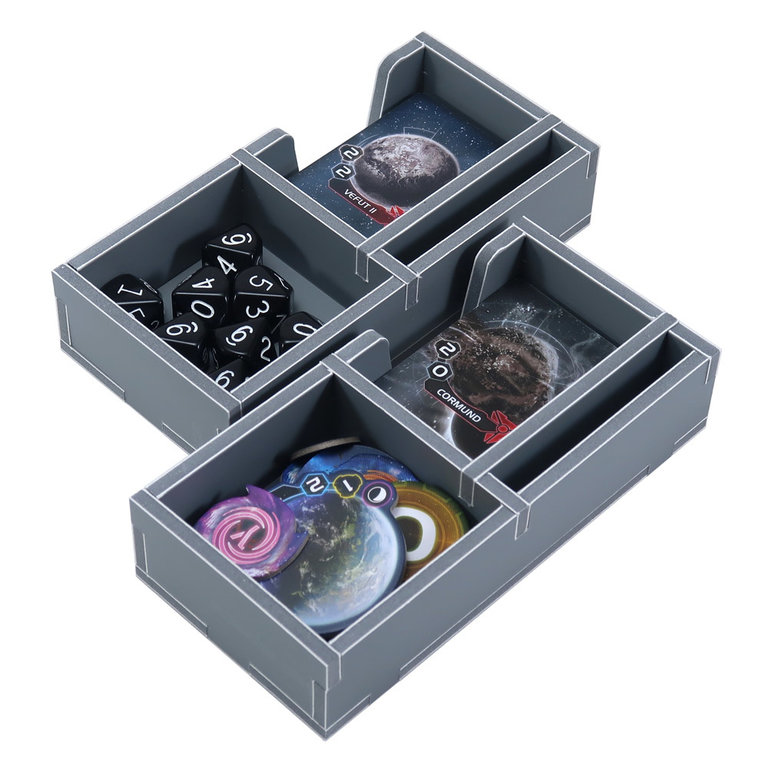 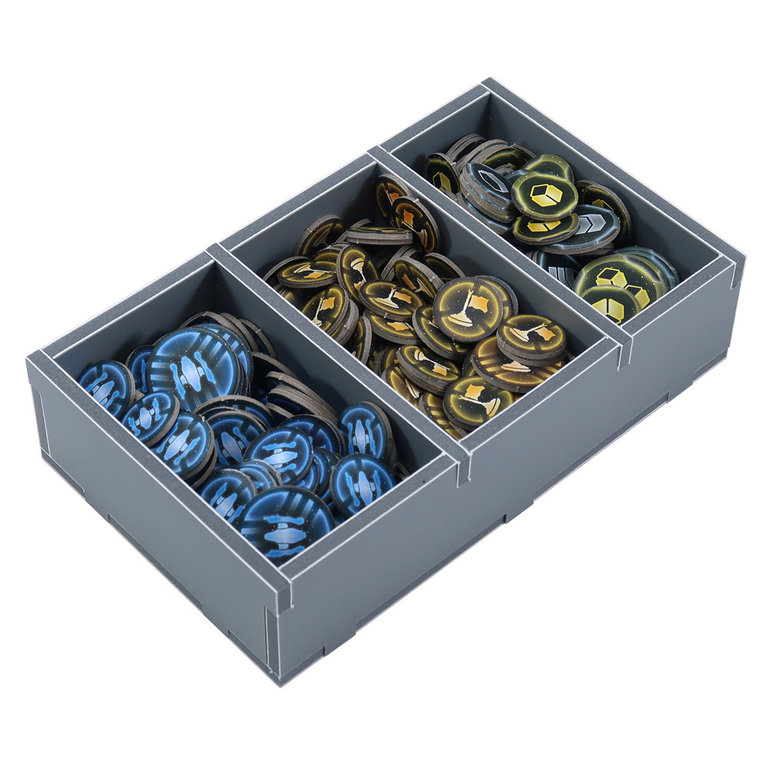 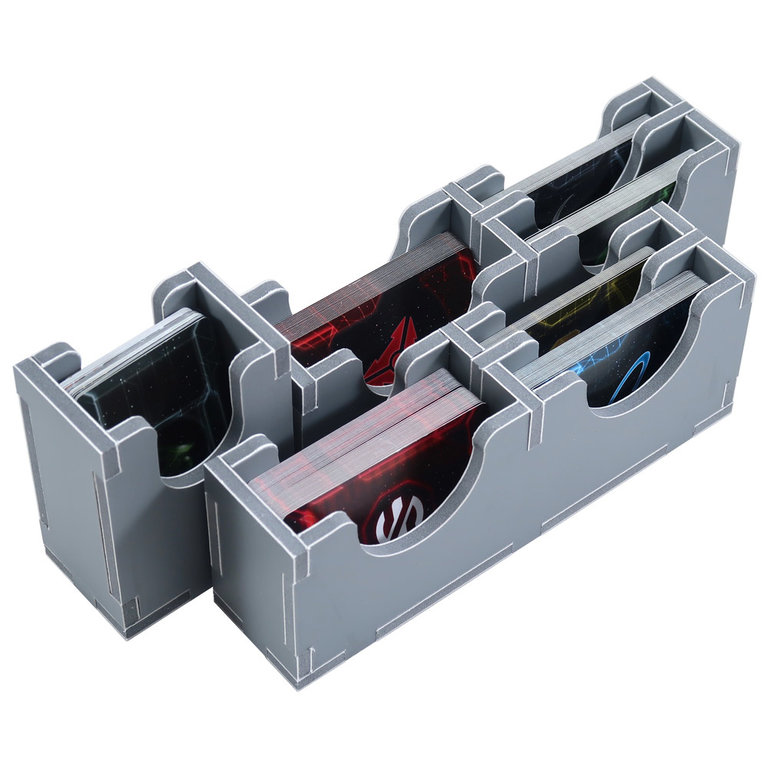 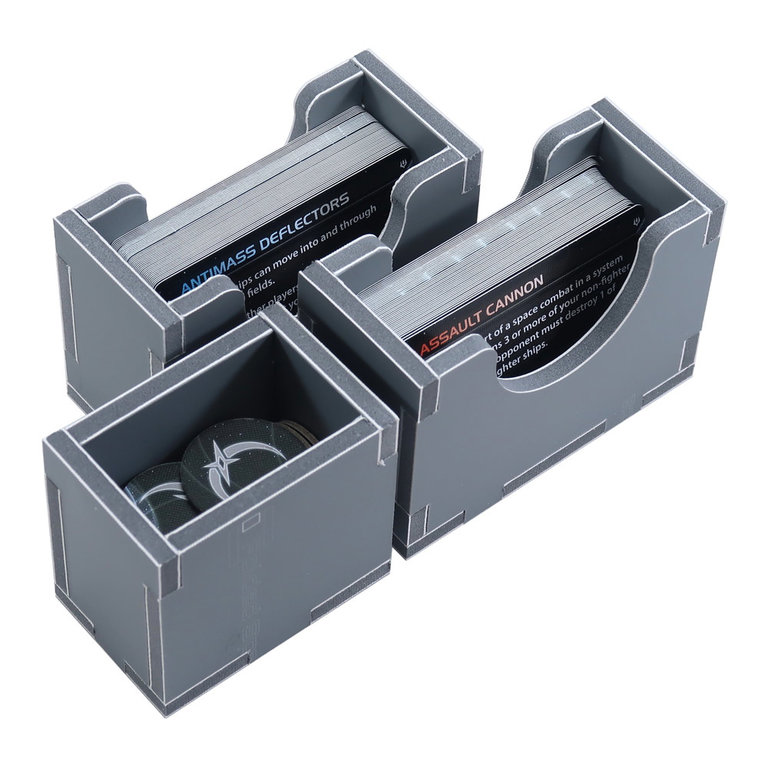 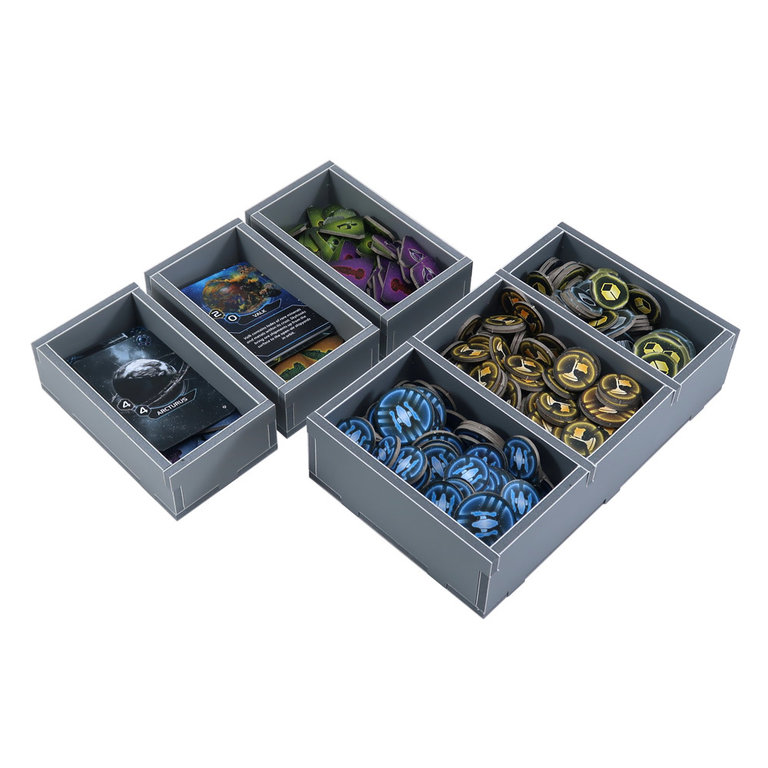 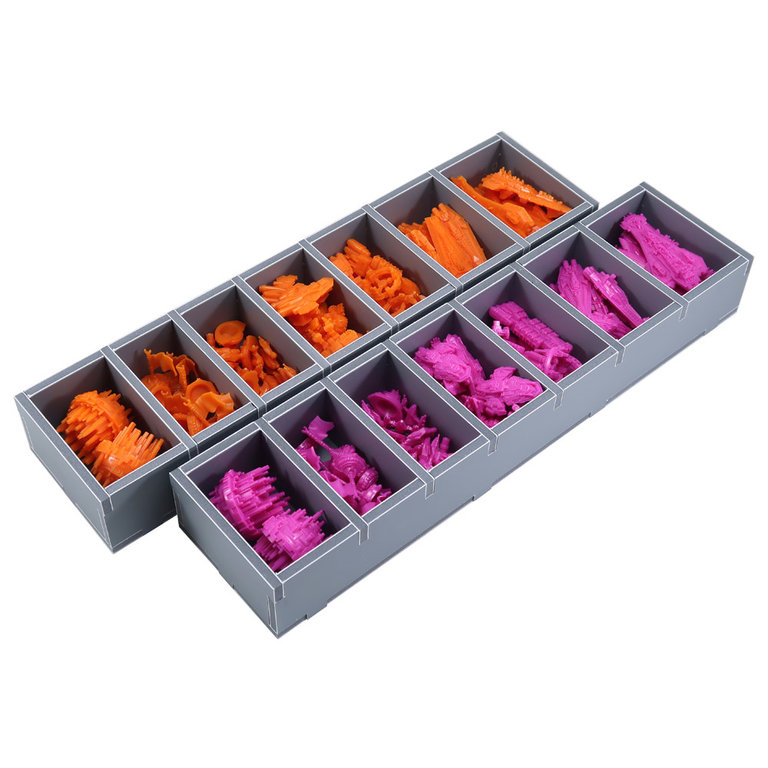 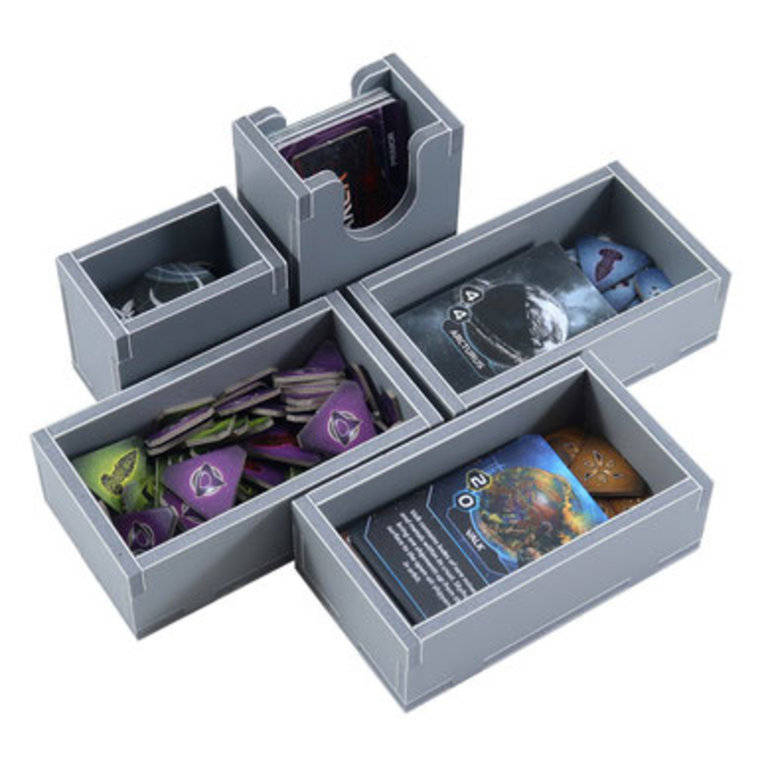 C$16.67
Folded Space
Out of stock
Article code 3800501487204
Insert compatible with Twilight Imperium: Prophecy of Kings® expansion, working in tandem with our FS-TI4 insert inside the main game box. The design provides both efficient storage and improved game play.
Share this product:

Note:  Insert designed for the main game  box with external box dimensions of  43.3 x 30.0 x 13.4 cm. When fully loaded with both inserts the box has a lid-lift of 8mm. Note that in order to use this product you will also need our insert for the base game: FS-TI4.

Insert compatible with Twilight Imperium: Prophecy of Kings® expansion, working in tandem with our FS-TI4 insert inside the main game box. The design provides both efficient storage and improved game play. Many of the trays can be utilized during the game, and they greatly aid set-up and clear-away times.

The trays are arranged in up to four layers. Note that the goods, infantry, and fighter tokens are moved to a larger tray from the FS-TI4+ insert which has space for all the additional tokens from the expansion. This token tray is moved to the top of the box.

Note that the hyperlane and strategy tiles are placed at the bottom of the box on the right hand side. Also note that the three FS-TI4 trays previously used for goods, infantry and fighter tokens are now moved to the other side of the box and instead used for faction tokens and cards.

When combined, FS-TI4 and FS-TI4+ have separate trays for every faction bar two. Two factions have to be combined into a single tray where the two small trays are from FS-TI4+, one for the frontier tokens and one for the faction cards from the two combined factions & also the speaker token.

The cards also have to be reallocated. The new player deck cards for the original six decks can be added to the trays from FS-TI4, the slots have sufficient space for them. The secret objective deck is moved to a slot in a new FS-TI4+ tray, as are the planet decks. This provides enough space for the expanded action, agenda, and stage I & II objective cards decks to remain in the FS-TI4 trays. There is space for all the decks to be sleeved.

Three of the FS-TI4 small trays are re-purposed to store three of the new factions, with the tokens and dice they previously stored being moved to the new trays from FS-TI4+. These new trays also store the planet cards, split into two decks. Note that all the additional cards and tokens for specific factions are added to that faction's tray.

The two new player trays are identical to the six trays included in FS-TI4, allowing them to be placed in the box in any order. Note that the new mech units for each player colour are added to the destroyer slot.

When packing the box, the red, blue and green backed system tiles are placed in one tall stack on the bottom left corner of the box. The six hyperlane and 8 strategy tiles (the two revised one's replacing the originals) are stacked on the bottom right corner. Once all the trays are placed adjacent to and between the system tiles, you will see that there is a trench for the rules and sheets in the middle above the FS-TI4 trays. First place all the rule books on top, followed by the faction sheets. Then place the leader and command sheets, followed lastly by the victory point track and mecatol rex, creuss and mallice worm-hole tiles. This fully fills the box and allows for vertical storage of the game.

As noted above, once fully loaded there is approxiamtely 8 mm of lid lift. This was unavoidable given the content of the box and the additional rules and sheets. However, due to the size and colouring of the box, it is hardly noticable.

Back to home
Folded Space

C$59.95
Out of stock
Article code 9781633443242
This beautiful, limited edition deluxe hardcover rulebook collects all of the rules documents from Twilight Imperium 4th Edition into one convenient, easy-to-reference place.

C$139.95
In stock
Article code 841333112172
The massive Prophecy of Kings expansion is packed to bursting with new content that you can add to your games of Twilight Imperium.

Quickview
Fantasy Flight Games
Twilight Imperium Fourth Edition: Prophecy of Kings Expansion
The massive Prophecy of Kings expansion is packed to bursting with new content that you can add to your games of Twilight Imperium.
C$139.95
By using our website, you agree to the use of cookies. These cookies help us understand how customers arrive at and use our site and help us make improvements. Hide this message More on cookies »