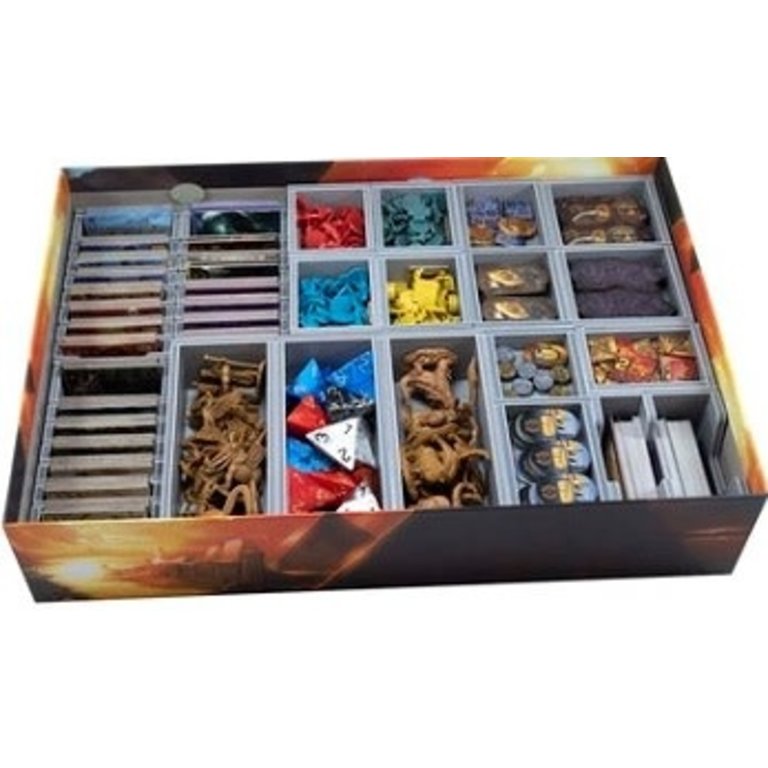 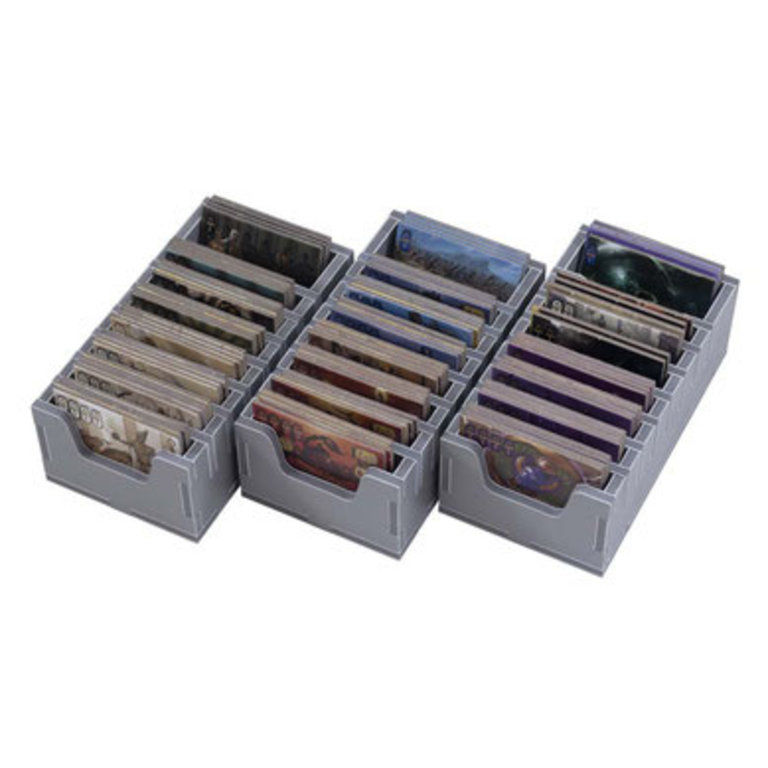 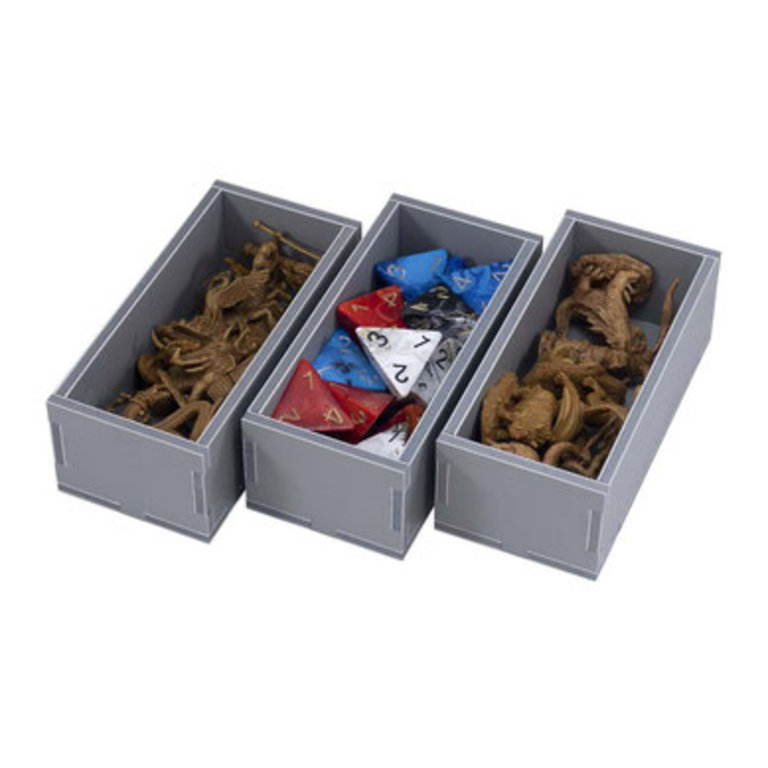 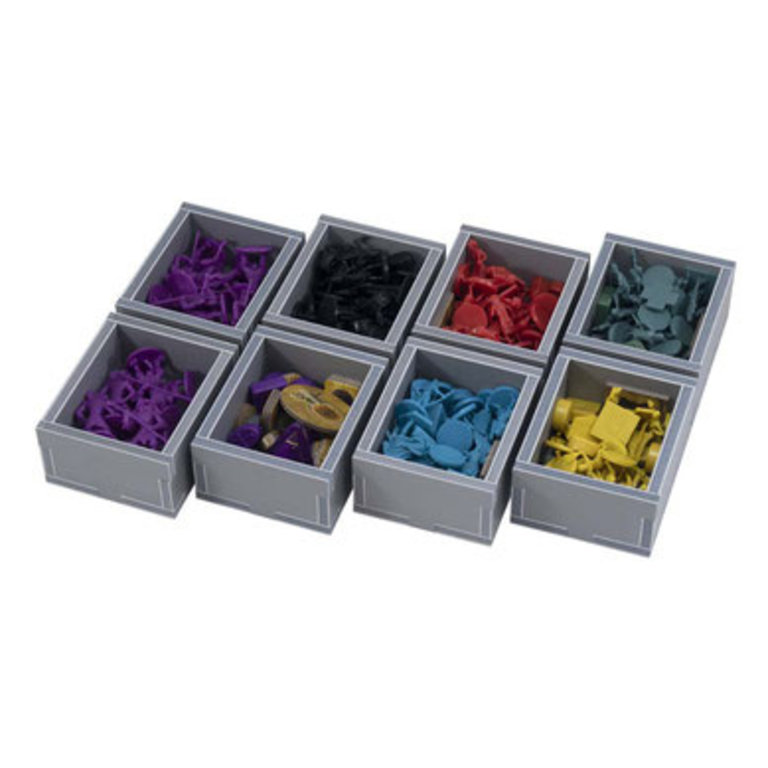 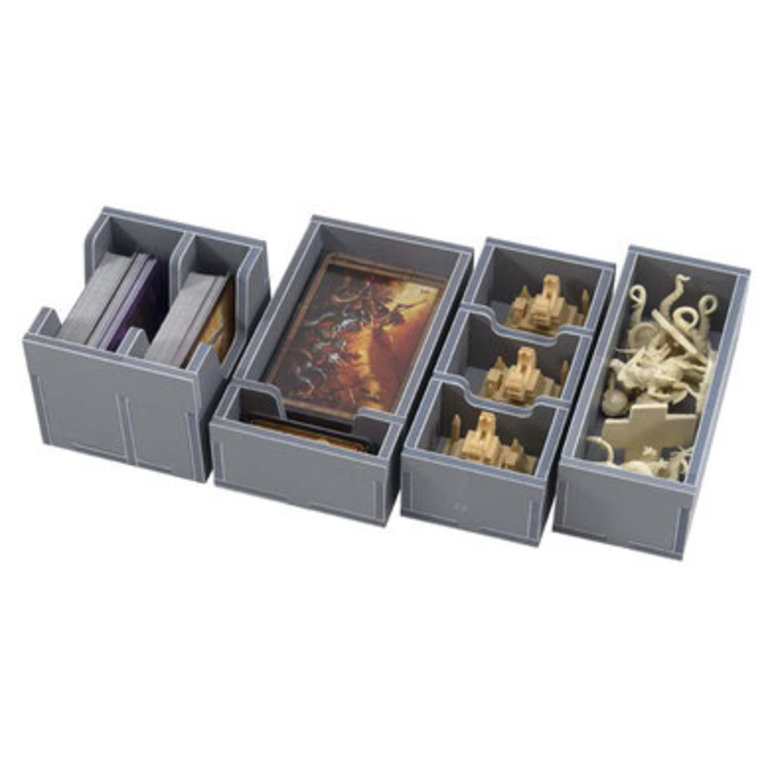 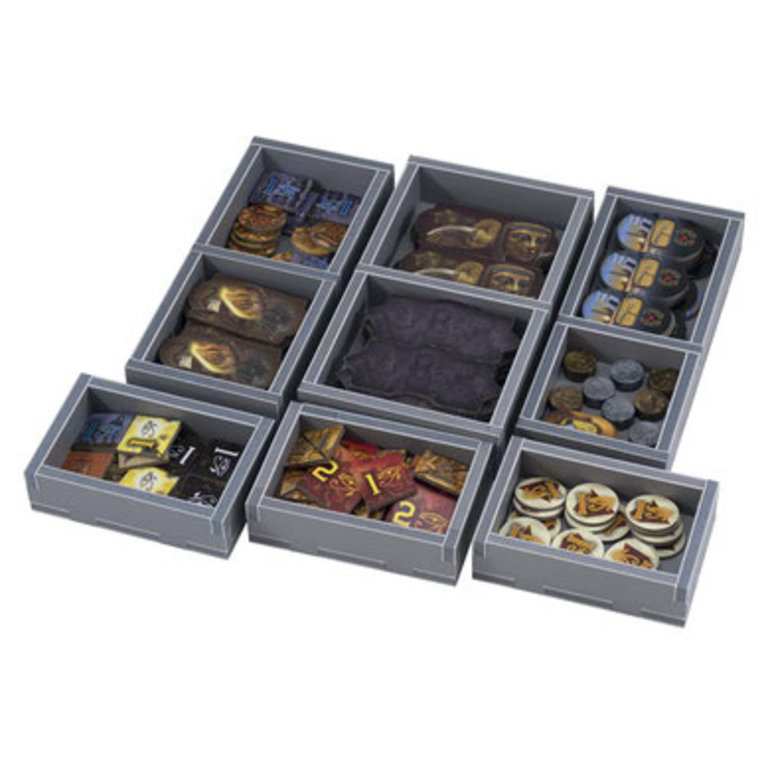 Insert compatible with Kemet, and has space for the Ta-Seti, Seth, C3K Crossover, and promo power tile expansions. The design provides both efficient storage and improved game play. Many of the trays can be utilised during the game, and they greatly aid set-up and clear-away times. The boards and rule books act as a lid on top of the trays.

The insert is arranged in layers. The player boards and three smaller Ta-Seti boards are placed as shown. You can also use the insert with coin sleeve sheets should you have them for the power tiles, see below for info.

There are three trays for power tiles. There are separate slots for organising the four levels of the five colour types, and additional spaces for the promo and other add-on power tiles.

There are trays for the victory point tokens, the path to Ta-Seti tokens, and other game components.

C$39.97
In stock
Article code 3760146644670
In the heart of the delta, a dark purple gleam streaks the skies, filling your troops hearts with fear.
An ancient god awakens;

Quickview
Matagot
Kemet: Seth Expansion
In the heart of the delta, a dark purple gleam streaks the skies, filling your troops hearts with fear.
An ancient god awakens;
C$39.97
Matagot

Kemet: Blood & Sand - The Book of the Dead Expansion

C$30.57
In stock
Article code 3760146648265
Thanks to The Book of the Dead expansion, you have access to some of the most powerful power tiles in the entire Kemet: Blood and Sand universe.

Quickview
Matagot
Kemet: Blood & Sand - Sleeves
Official sleeves for use with kemet: Blood & Sand
C$15.95
By using our website, you agree to the use of cookies. These cookies help us understand how customers arrive at and use our site and help us make improvements. Hide this message More on cookies »