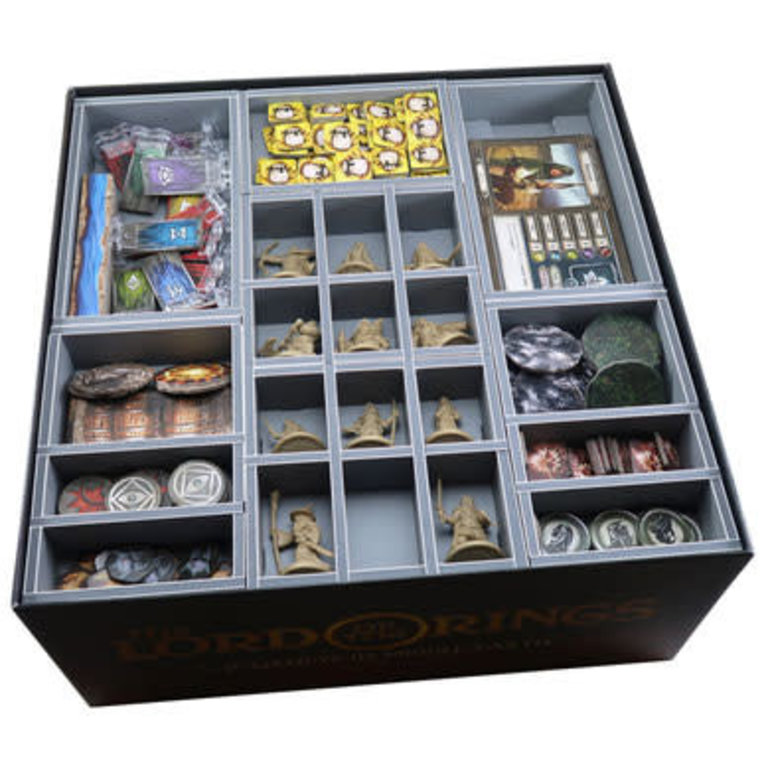 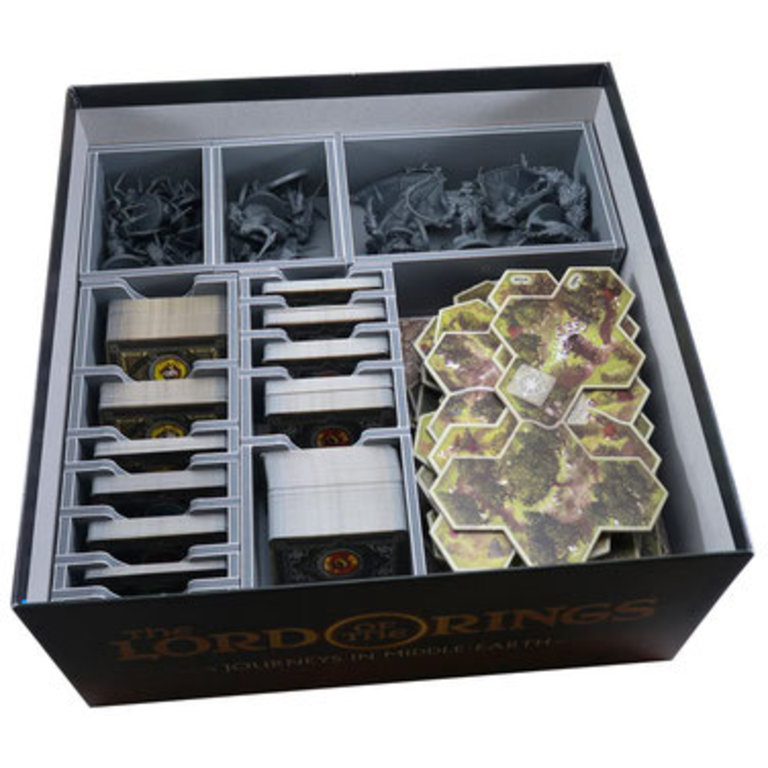 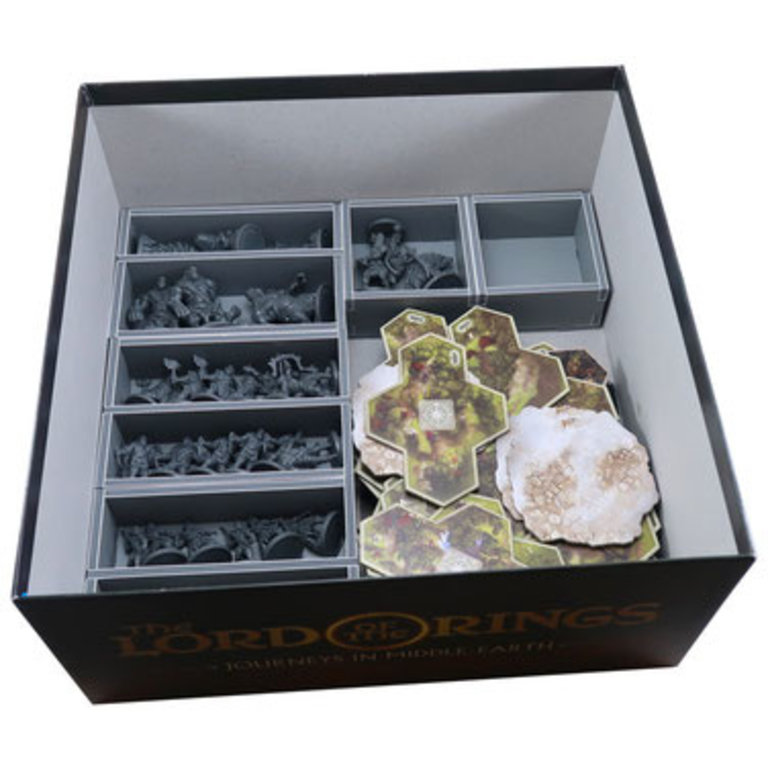 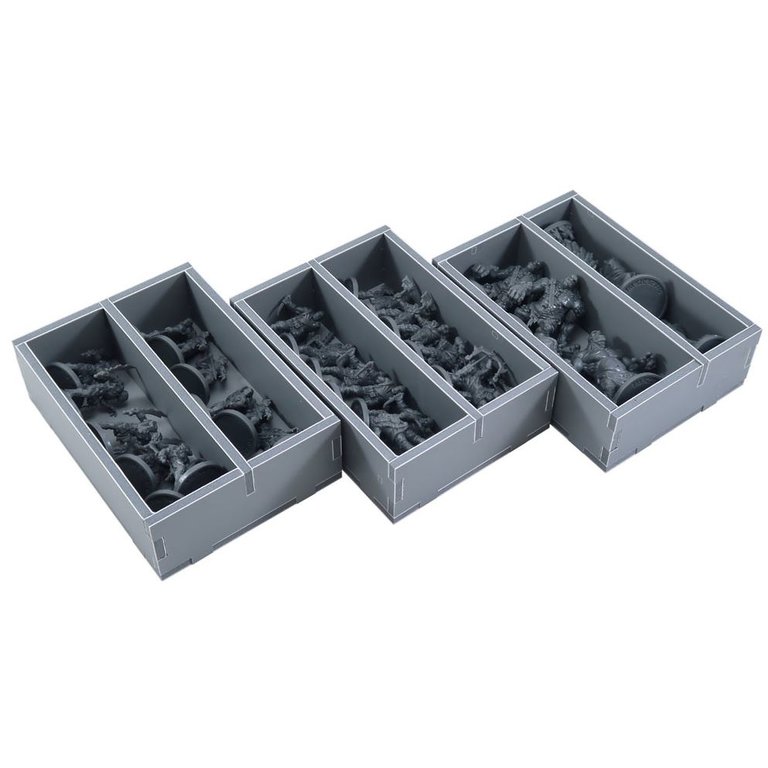 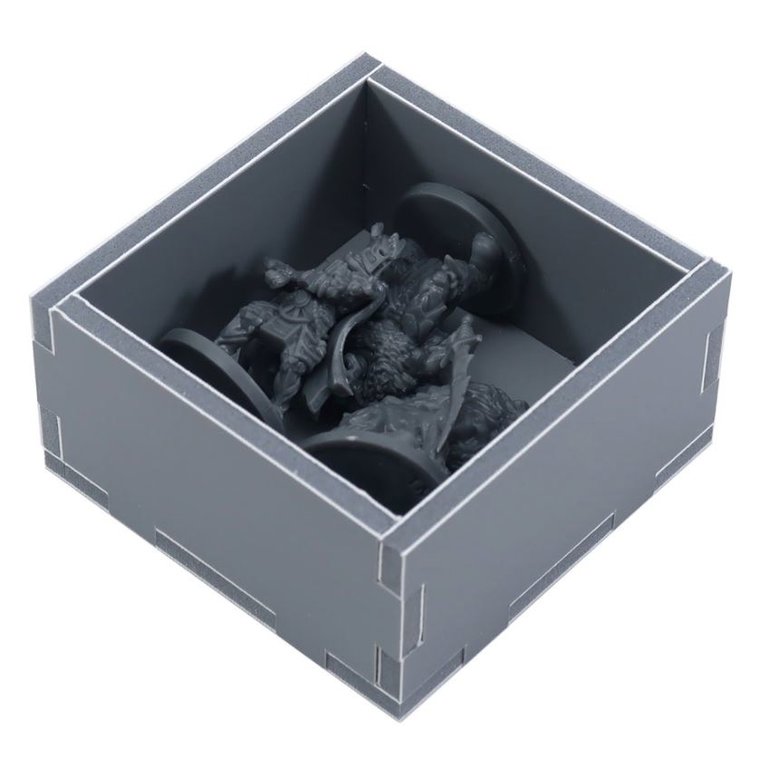 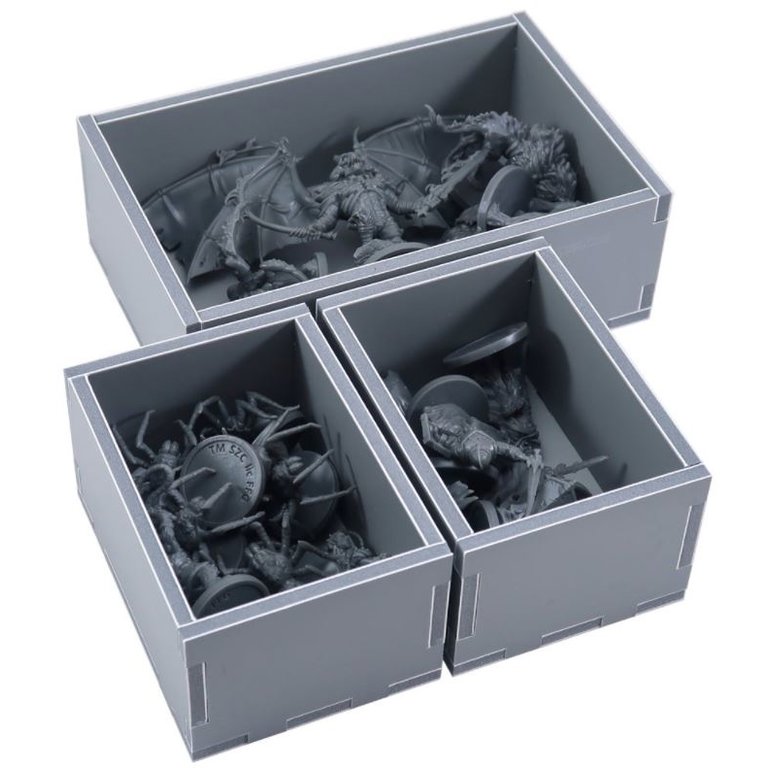 C$35.37
Folded Space
In stock
Article code 3800501487013
Insert compatible with Journeys in Middle-Earth®, and the Shadowed Paths®, Villains of Eriador®, and Dwellers in Darkness® Expansions.
Share this product:

Insert compatible with Journeys in Middle-Earth®, and the Shadowed Paths®, Villains of Eriador®, and Dwellers in Darkness® Expansions. The design provides both efficient storage and improved game play. Many of the trays can be utilized during the game, and they greatly aid set-up and clear-away times.

The insert is arranged in three layers, and uses the large square battle map tiles to separate each level, more on this below.

In each of the two lower layers there is a stack of journey map tiles. The largest and smallest tiles go on the bottom layer and the medium sized tiles go on the middle layer. This is easy enough to do as they larger tiles all have a width of four or more hexes, and the medium ones a width of three or less. For the avoidance of doubt there is a list further down the page with the numbers of each tile indicating which goes where.

The insert trays shown here store all the game components. The hero card tray has space for the cards to be sleeved with quality sleeves.

The two trays for the game cards have slots sized to match the quantity of each of the 12 types of card, including splitting the item cards into carried items, armour, and trinkets. Again there is space for all cards to be sleeved with quality sleeves.

As mentioned above, the three layers of trays are separated from each other by the two large square battle map tiles. This helps keep everything in place, including the two stacks of journey map tiles. When stacking the bottom layer of journey map tiles, the tiles with a width of four or more go on the bottom layer. The tiles placed here are: 100 to 102, 300 to 311, 313, and 400. There are two tiles which are every large (numbers 401 and 402) and these are placed on top of the top layer of trays as shown in one of the images. This sounds like an effort to sort them, but really you just stack all the tiles together place them on their edge and take out the wider ones.

When packing the box first place the rule books on top of the trays. Lastly place the two largest journey map tiles (numbered 401 and 402) on top of the rules. Once fully loaded the box is filled to the top, allowing for vertical storage.

**In-Store Only** Lord of the Rings - Journeys in Middle-Earth

Lord of the Rings - Journeys in Middle-Earth Playmat

Lord of the Rings - Journeys in Middle Earth: Villains of Eriador Figure Pack

Insert For Lord of the Rings - Journeys in Middle Earth™

C$39.95
In stock
Article code DNR-5902643191840
e-Raptor Insert compatible with The Lord of the Rings: Journeys in Middle-earth™ is a perfect accessory designed to organize and improve gameplay of the board game.

Lord of the Rings - Journeys in Middle-Earth: Shadowed Paths Expansion

Lord of the Rings - Journeys in Middle Earth: Dwellers in Darkness Figure Expansion

The Lord of The Rings - Journeys In Middle-Earth: Spreading War Expansion