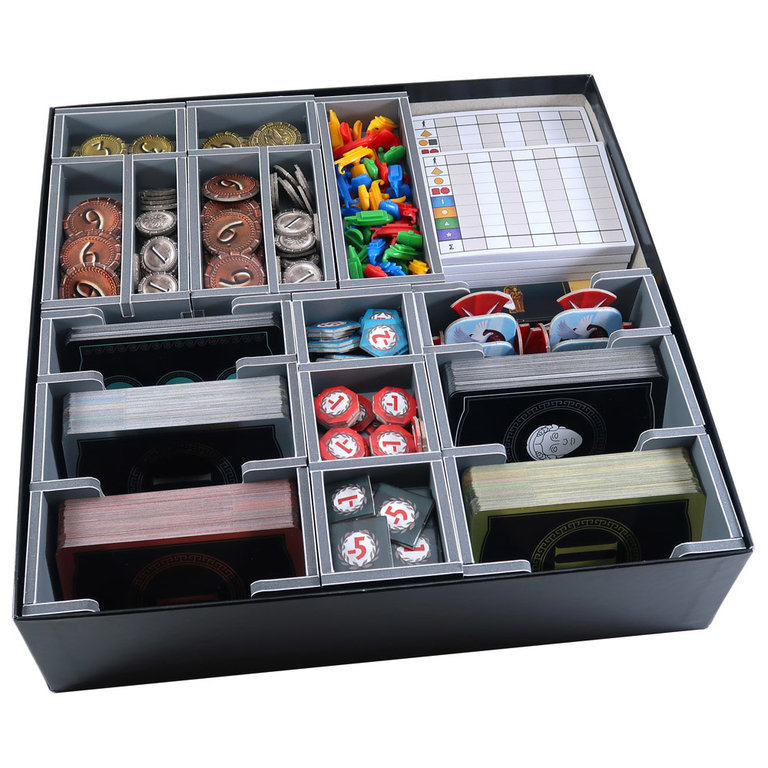 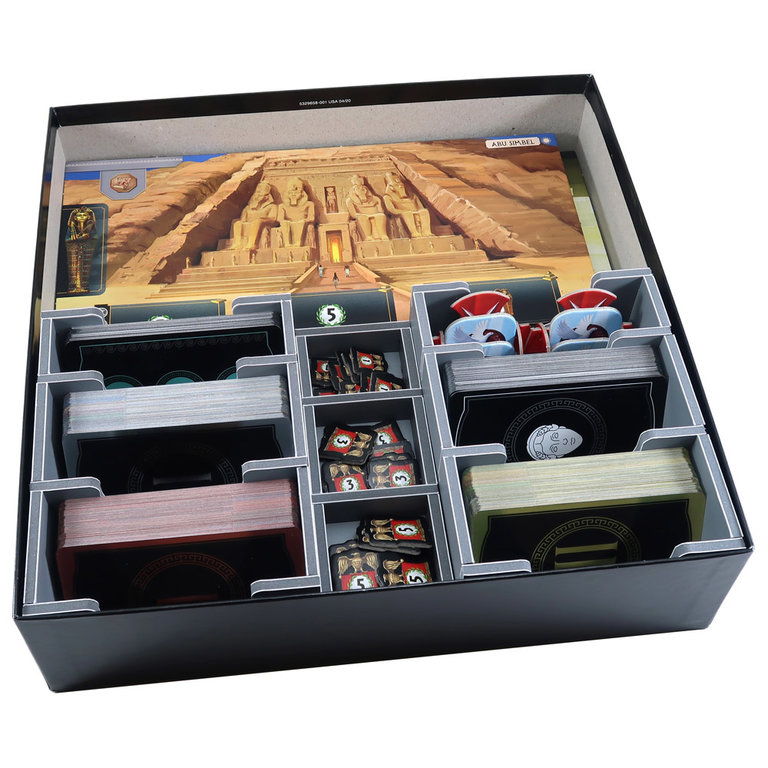 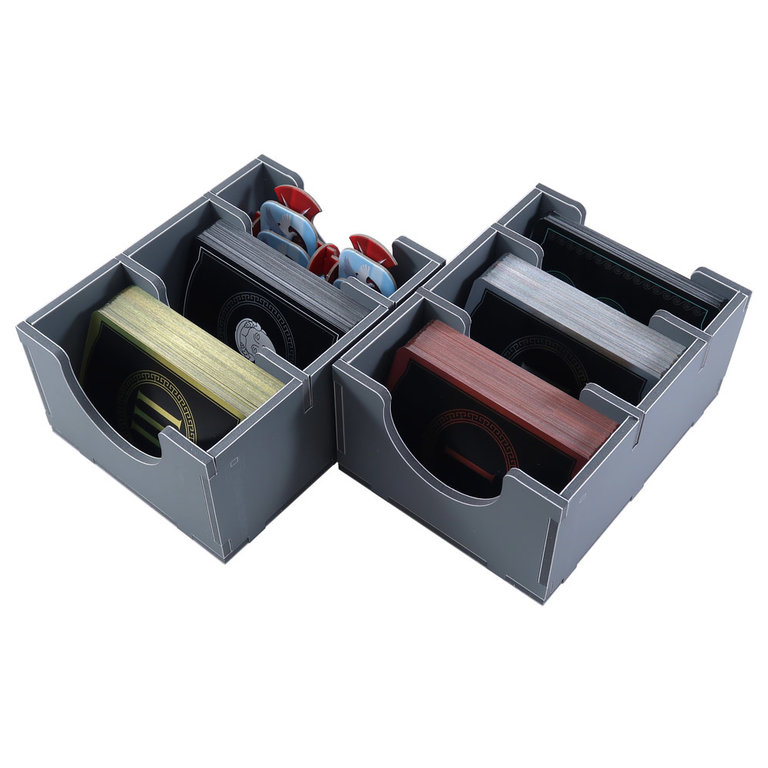 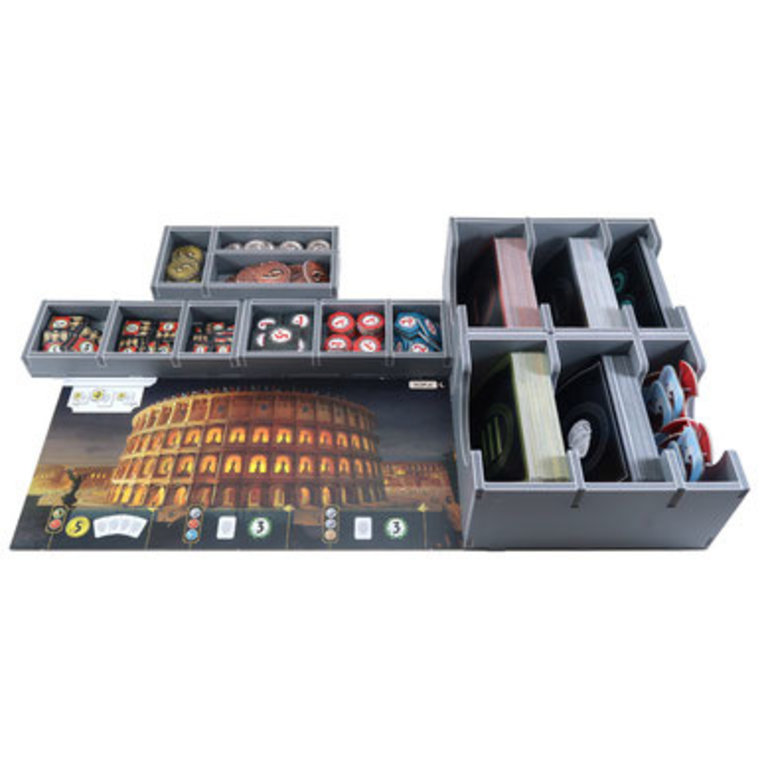 Note:  Insert designed for game with external box dimensions of  29.9 x 29.9 x 7.8 cm. Please note also that this insert only works with the second edition of the game, if you own the original game you need FS-7WO.

Insert compatible with 7 Wonders (Second Edition)®, including Armada®, Cities® and Leaders® second edition expansions. The design provides both efficient storage and improved game play. Many of the trays can be utilized during the game, and they greatly aid set-up and clear-away times.

The trays are arranged in up to three layers. Note that the wonder boards are placed at the top of the box with the score pads.

The insert includes trays for all of the game components. The card trays have space for all cards to be sleeved with quality sleeves. There are two coin trays so that one can be placed on either end of the play area to give easy access to all players. The diplomacy and boarding tokens are placed at one end of one of the card trays.

Some spare space remains in the box and has been deliberately left for possible future expansions or promos cards/boards. The "legs" on the Armada ships and coin trays can be removed to give additional room for new wonder boards. Also the card trays have more space than needed to deliberately allow for new cards to be added to the decks.

Back to home
Repos Production

Quickview
Repos Production
7 Wonders Second Edition: Leaders
C$40.95
By using our website, you agree to the use of cookies. These cookies help us understand how customers arrive at and use our site and help us make improvements. Hide this message More on cookies »