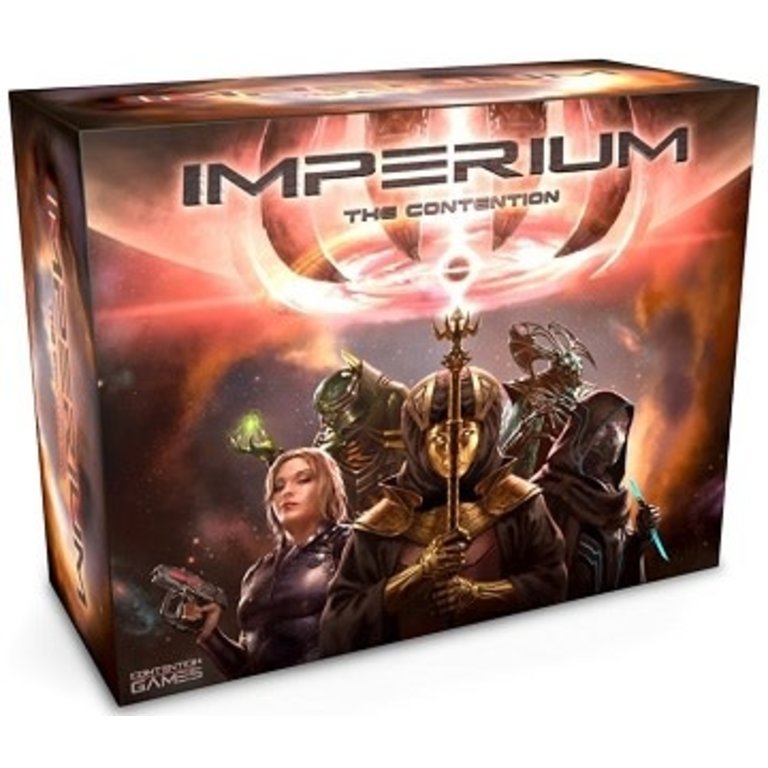 C$54.37
Contention Games
Out of stock
Article code 807330303104
Now is the time! Lead your civilization to new heights and claim the Void Scepter!
Share this product:

Experience the world's first 4X card game with area control. Choose one of six factions, each with a preconstructed deck, or build your own from a complete collection of over 300 cards (all included). 2-6 Civilizations will enter The Contention, but only one will claim the Void Scepter (solo campaign available). Playtime about 20 minutes per player.

You begin with a homeworld, in a random galaxy waiting to be explored. Each turn, you can colonize new worlds, move ships, play cards, and battle your enemies. A unique simultaneous turn system eliminates downtime between turns. Streamlined 4X mechanics keep the game fast paced and tensions high. Cards are played simultaneously in secret and revealed at the same time.

There are many paths to claiming the Void Scepter. Your favor represents your Imperial influence. Gain 8 favor, or claim 8 or more worlds, and the Void Scepter will be yours. Gain the Imperium's favor by destroying enemy worlds or political intrigue. Manipulate politicians, spies, megacorps, and mercs. Take the Imperial Capital by force, and use the seat of power to convince the Imperium only you are worthy.

Back to home
Contention Games

Quickview
Contention Games
Imperium - The Contention
Seize the Void Scepter, in Imperium: The Contention
C$55.95
By using our website, you agree to the use of cookies. These cookies help us understand how customers arrive at and use our site and help us make improvements. Hide this message More on cookies »