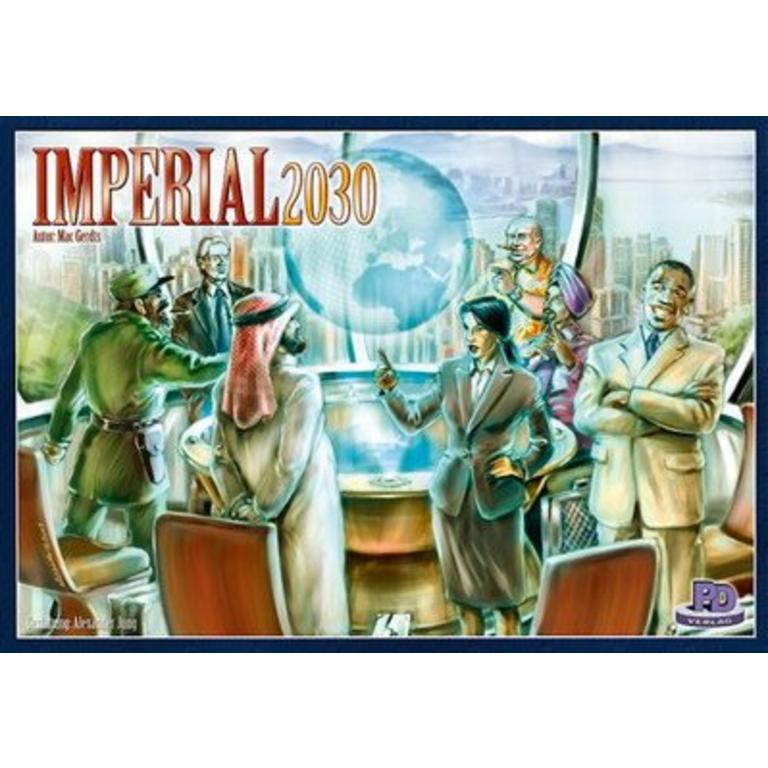 The world in 2030. The new great powers China, India and Brazil are in ascendance, threatening the hegemony of the old Imperial powers United States, Russia and Europe. This has sparked a new global race for power and influence.

Ultimately, these six states are only puppets in a treacherous game, because their fates are controlled by powerful international investors operating in the background. Each player takes on the role of such an investor who is on the constant lookout for the maximum return on his investment, and therefore tries to obtain ruthless control of great powers. But control of a state may also slip away -- so the cunning investor must always be ready to take advantage of the new conflicts and strategic possibilities of the ever-changing landscape.

Imperial 2030 is for 2 to 6 players, and it combines economic calculus and military skills in a unique strategy game without any luck of cards or dice.