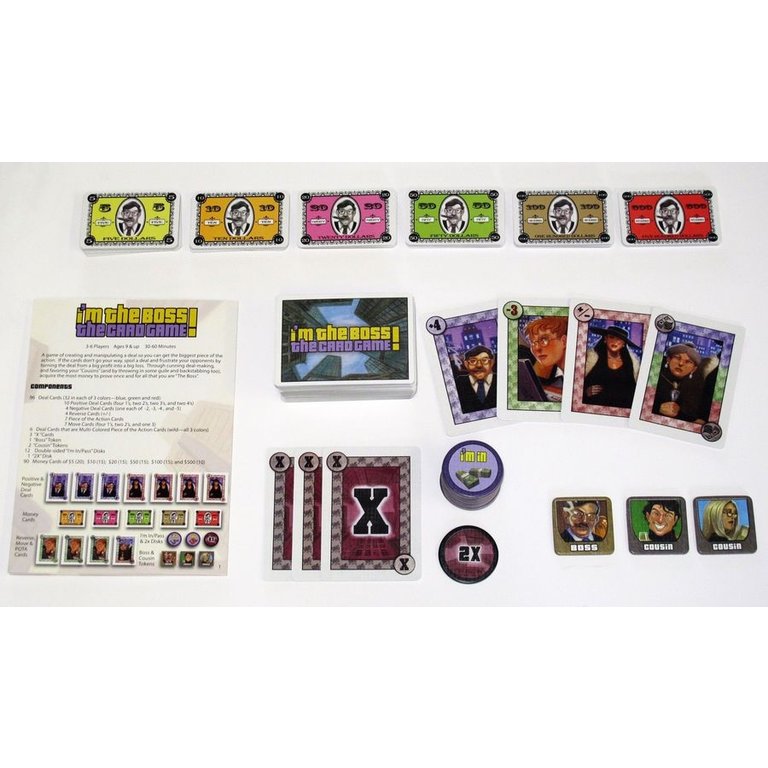 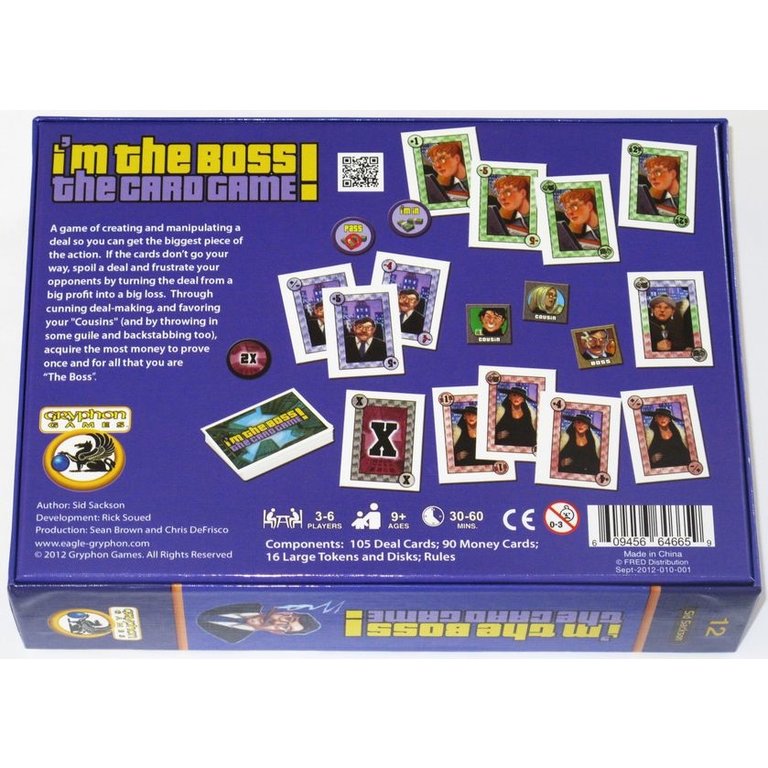 I'm the Boss! The Card Game

C$27.95
Eagle-Gryphon Games
Out of stock
Article code DNR-609456646659
Can you negotiate, and end the game with more money than your friends?
Share this product:

I'm the Boss!: The Card Game, a version of Sid Sackson's classic negotiation game I'm the Boss! that's based on his original design of that game, is still all about negotiation, with players trying to end up with more money in hand than anyone else.

The game plays in rounds, and each round consists of a separate money-making deal. Each round, players play cards in clockwise order in turns to give them the right to a "cut" of the current deal, the value of which depends on the cards played. When a player has passed twice, he can no longer influence that round. After everyone has passed twice, the round ends, and points are totalled to calculate the value of that deal. Players then earn money for each "cut" or piece of the action that they have, which represents their share of that deal. While playing cards, players can negotiate in order to encourage other players to make plays that are favorable to them.

After a fixed number of such deals (rounds), the game ends, and the player who has the most money wins.

Back to home
Avalon Hill

out of stock
Quickview
Van Ryder Games
Hostage Negotiator
C$26.95
By using our website, you agree to the use of cookies. These cookies help us understand how customers arrive at and use our site and help us make improvements. Hide this message More on cookies »