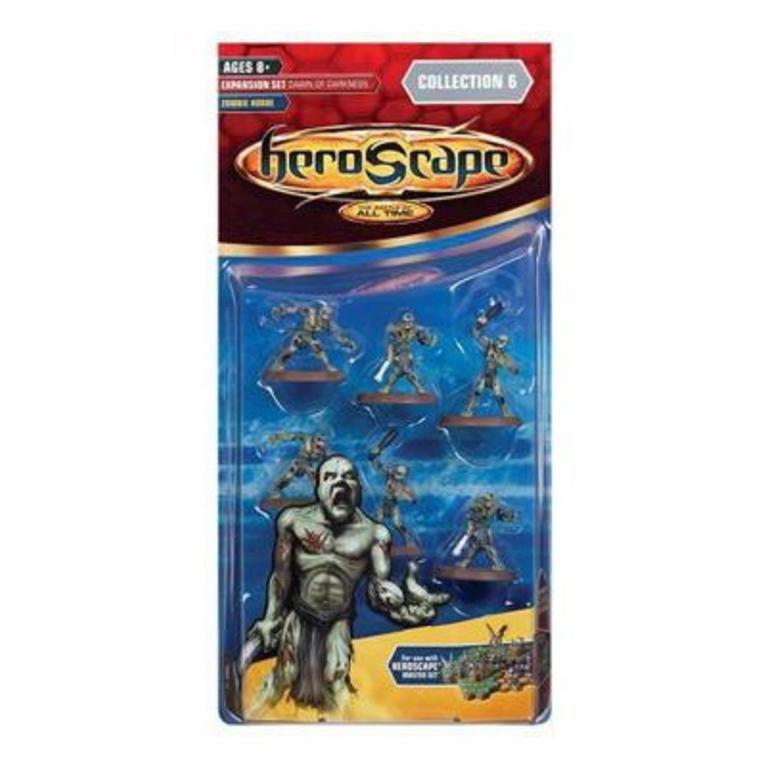 They are two separate squads, but the Zombies of Morindan can join forces to overwhelm the opposition. Their Horde Movement power allows all six to move on one turn. In an Onslaught Special Attack, three Zombies combine attack dice to launch one massive strike. But their greatest threat may be their Zombies Rise Again ability: when a Zombie defeats an enemy, a destroyed fellow Zombie may rise again to replace it!

For use with any HEROSCAPE MASTER SET