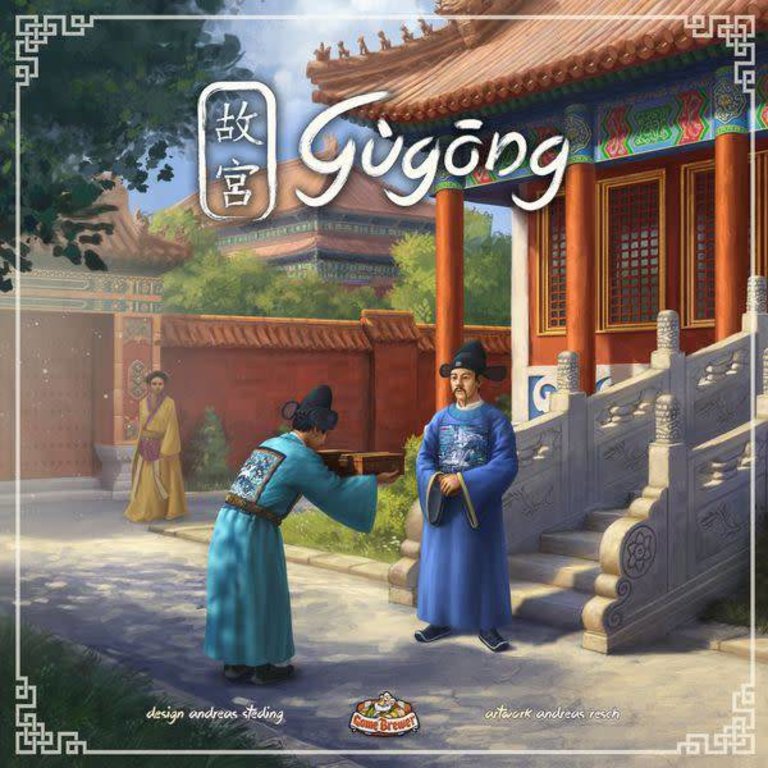 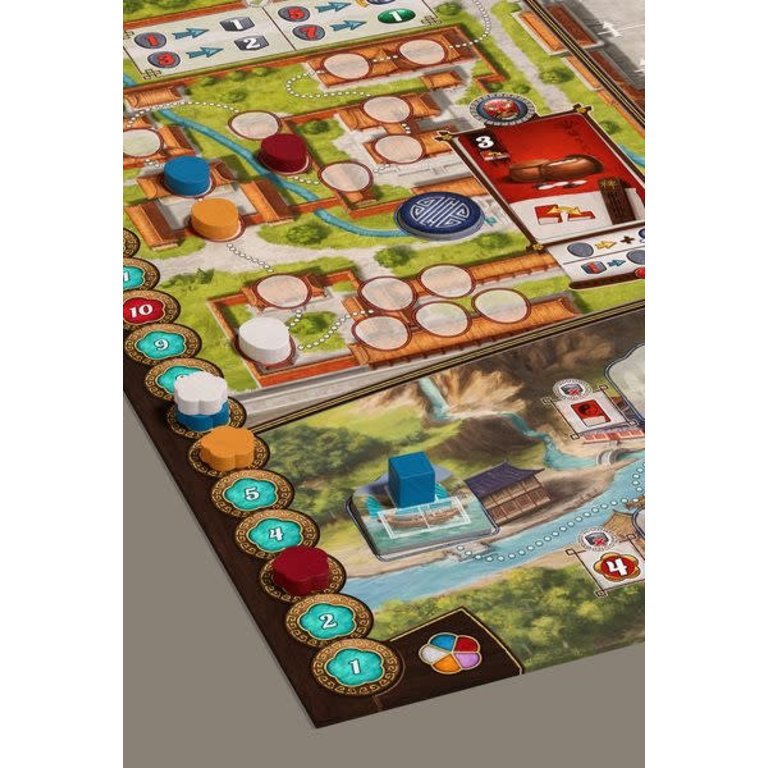 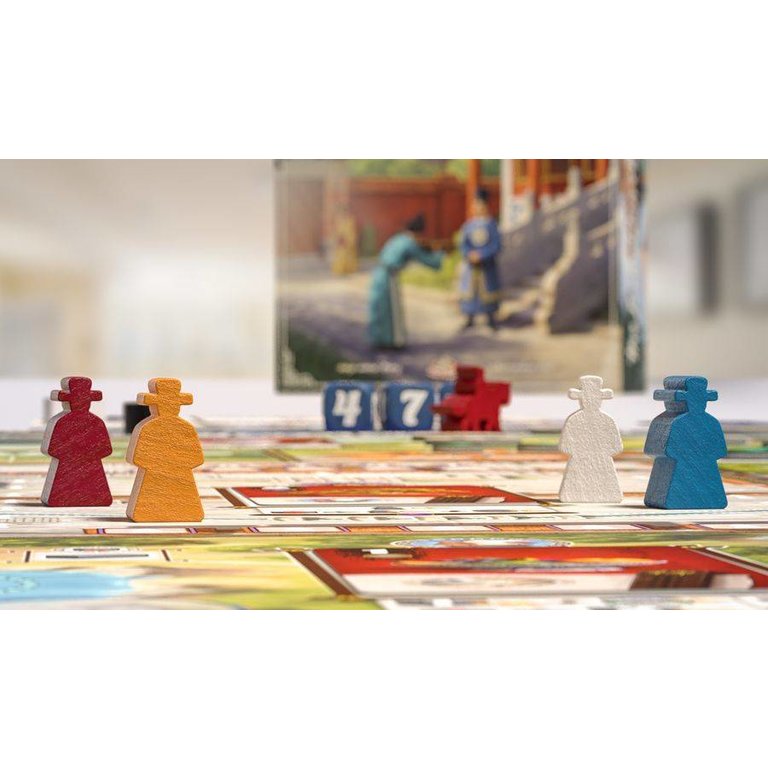 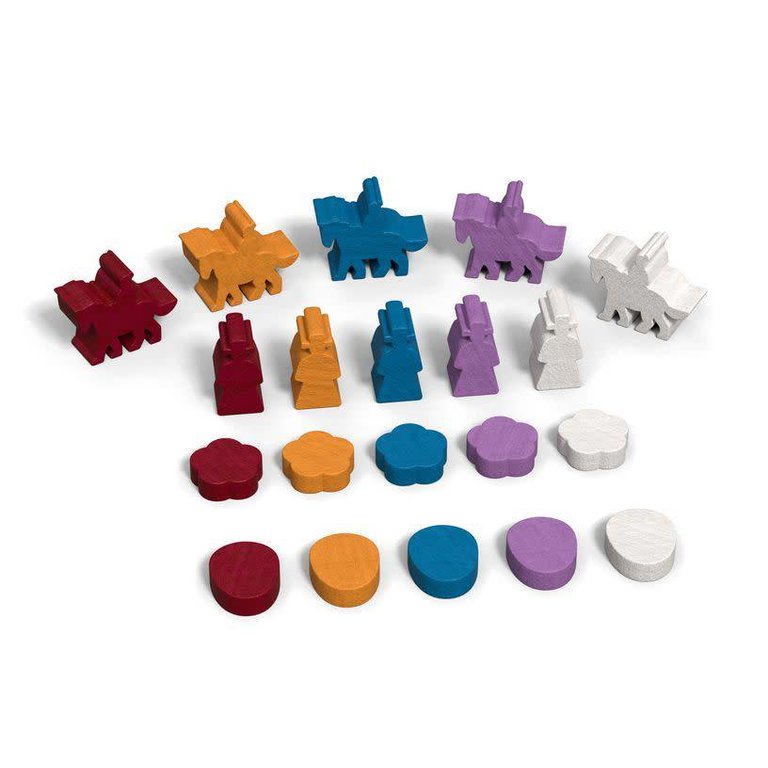 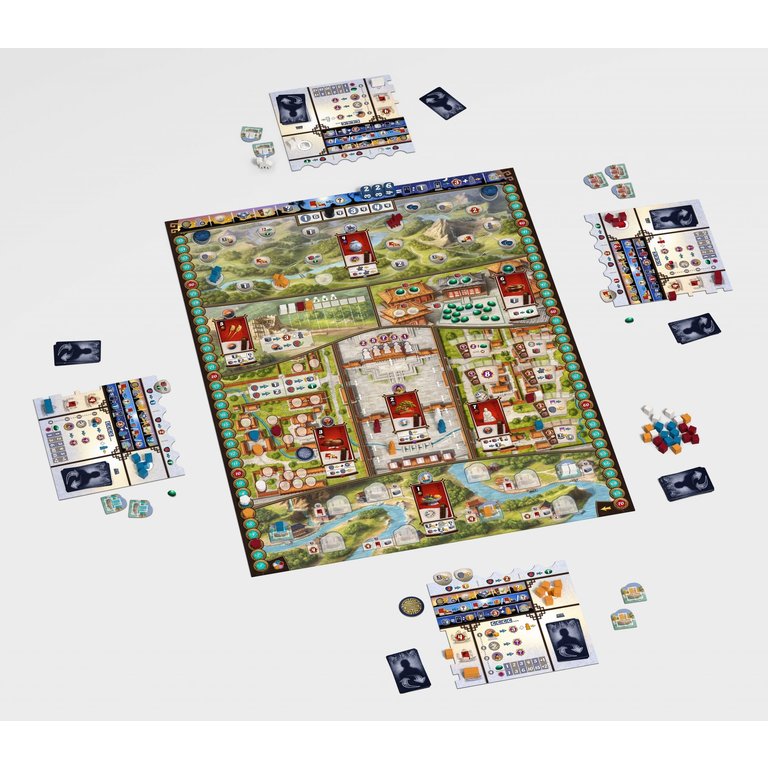 C$73.95
TMG
In stock
Article code 9781947941168
Players take on the role of powerful Chinese families trying to gain influence and power by exchanging gifts with Officials.
Share this product:

The country was already famous for its very intricate bureaucracy, but this also led to a lot of corruption. Even though the penalties for corruption were very high, the highest Officials of the Forbidden City would pretend to uphold the ban on corruption, by accepting gifts of petitioners, and returning one of seemingly lower value.

Gùgōng uses this extraordinary custom as its basis. Players take on the role of powerful Chinese families trying to gain influence and power by exchanging gifts with Officials. The gift cards you offer as a player have to be of a higher value than the one you receive, forcing you to make strategic choices regarding which actions you want to take each turn. You will travel around China, sail down the Grand Canal, purchase precious jade, help construct the Great Wall, secure advantages through decrees, influence the game through intrigue, and ultimately, receive an audience with the emperor. If only 1 player succeeds in doing so, he wins. If several players succeed, the player with the most VPs among those players wins the game.

C$3.95
In stock
Article code 4251715402832
The well-known and established Sleeve Colour Codes by Fantasy Flight Games™ are continued in this product line.

Quickview
Mayday Games
Sleeves - 45x68mm Mayday - 100/pk (Mini European)
C$2.95
By using our website, you agree to the use of cookies. These cookies help us understand how customers arrive at and use our site and help us make improvements. Hide this message More on cookies »