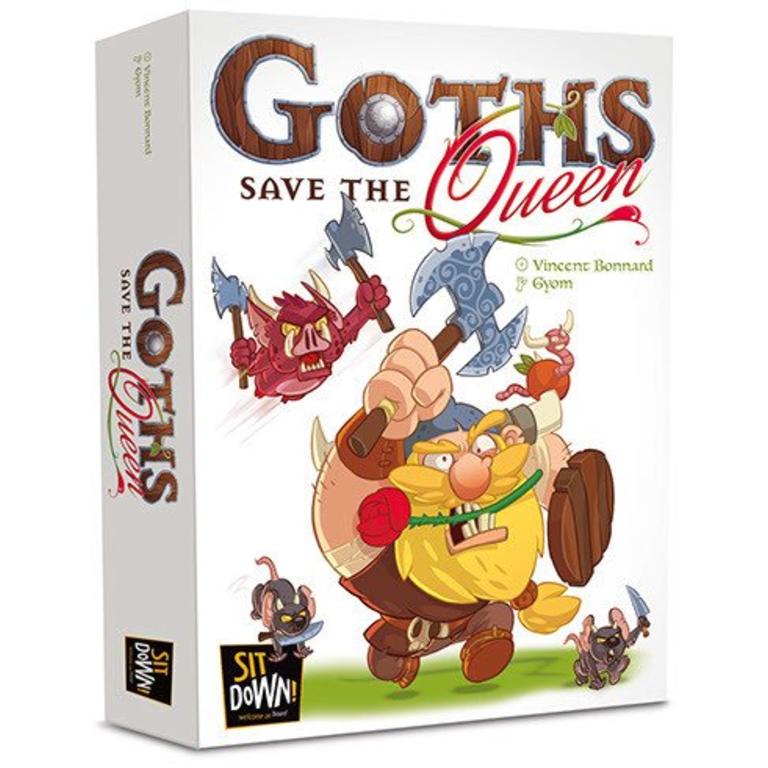 Goths Save the Queen

C$14.77
Dude Games
In stock
Article code DNR-3683080182964
Share this product:
Ostrogoths & Visigoths had kept their rivalries relatively peaceful by marrying the daughter of one clans king to the king of the other clan. And everything was fine. Until one day, vile brigands captured the young queen. Forgetting their alliance, the two sovereigns blamed each other for her disappearance, and went to war again, one trying to rescue his daughter, the other trying to rescue his queen. But the methods for communication in those times were not particularly reliable; there was no guarantee that the order issued can be correctly executed on the ground. As a result, the conflict quickly became a bit chaotic.

Components:
6 Terrain cards with a Landscape side (4 plains & 2 forests)and a Barricade side;
3 Objective cards: one with a Trap side, one with a Plains side, and one with a Queen side;
16 King cards (8 cards for each king);
18 Warchief cards (9 cards for each warchief);
2 Catapult cards (1 for each clan);
2 Player Aid cards (1 for each clan);
6 Goth figurines (3 for each clan) + 6 bases;
4 Fog of War tokens (variant);
1 Initiative token.
By using our website, you agree to the use of cookies. These cookies help us understand how customers arrive at and use our site and help us make improvements. Hide this message More on cookies »